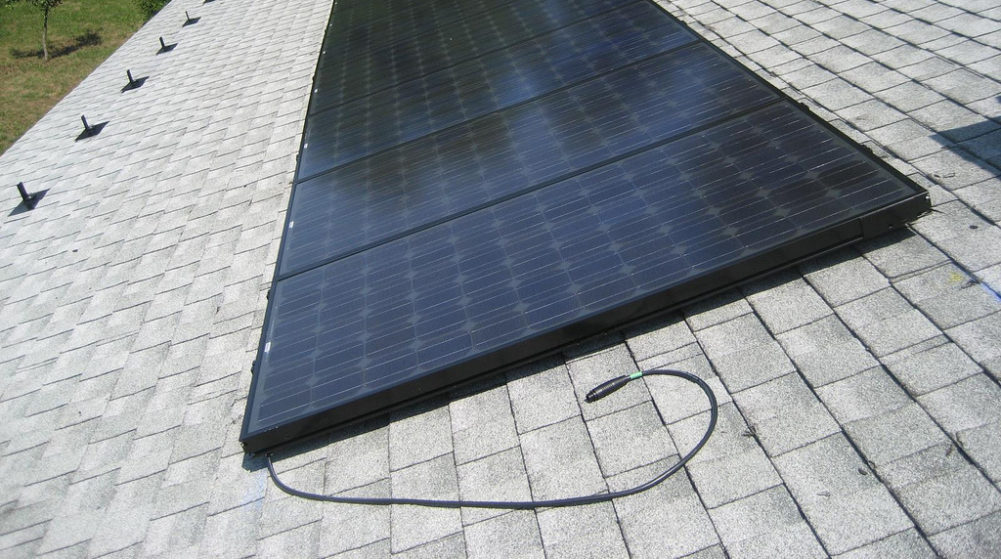 Of particular concern are provisions that redesign the state’s net metering process for distributed generation systems. That’s on top of opposition to the plan’s call for phasing out renewable and efficiency standards in favor of a more detailed load-forecasting process for utilities, which experts have noted don’t perform the same function.

Republican state Sens. Mike Nofs and John Proos introduced SB 437 and 438 earlier this month, which take on a variety of components of energy policy, including utility planning, electric choice, decoupling and on-bill financing.

The long-awaited proposal contrasts on some key issues with proposals by House Republicans in March as well as Democrats in April. Hearings started last week on the Senate plan, which will likely continue into the fall.

“There are a few things around net metering that I think are a giveaway to utilities, to be honest,” said Sam Gomberg, Midwest energy analyst for the Union of Concerned Scientists.

“It’s hard to see how this could be any more favorable had it been written by utility lobbyists.”

“I think it is pretty much what the utilities wanted,” added Mark Barteau, director of the University of Michigan’s Energy Institute. “Quite frankly, it’s hard to see how this could be any more favorable had it been written by utility lobbyists. It removes standards and basically gutted net metering that makes installation of your own solar panels much less favorable than it was before.”

Under the plan, customers with rooftop solar systems would be reimbursed for the energy they produce at the wholesale price of solar. Barteau said it’s “not really net metering,” because customers would have to buy all of their electricity from the utility then sell back whatever they generate at wholesale prices.

“That’s really a regressive policy,” Gomberg said. “Those are things we saw utilities try to do five, seven, 10 years ago, before we really understood the potential for these resources and the benefits they provide.”

Barteau added: “It’s a bit of an illusion that this is actually promoting distributed generation.”

As with other states in the Midwest, utilities here say they are concerned about customers with rooftop solar benefiting from the grid while paying less than other ratepayers.

However, Gomberg said the policy fails to credit the additional benefits rooftop solar provides to the grid, such as reduced emissions and less demand for new generation. New research shows that net-metering policies that offer fair credit to customers and take into account these additional benefits are driving the industry’s growth nationwide.

“Capping the reimbursement price at the wholesale price just ignores all those benefits,” Gomberg said. “It’s not a price that’s going to motivate people to make the numbers work for a smaller type system.

“That type of policy is one of the things in the bills that is a blatant giveaway to utilities that want to put the brakes on this movement so they figure out how to make a bunch of money,” Gomberg said. “It’s really going to kill a small but growing solar industry in Michigan. It’s really going to position Michigan to lag behind most states.”

Nofs countered: “I don’t know why they’re saying” that the plan will discourage rooftop solar investment, because it lifts the cap on how much customers can generate onsite.

The point of the provision, he said, is to avoid distributed generators from “becoming small utilities, or a group of businesses from becoming utilities for themselves.”

He sees it as a compromise between what utilities and solar advocates wanted.

“Let’s say (customers) produce all they need for themselves, which is fine,” Nofs said. “We’re saying you can’t go out and produce more than that and sell it without paying anything. We don’t want a bunch of small companies coming around and being mini utilities. That was a delicate balance.”

Consumers Energy spokesman Dan Bishop said in an email: “We support the right of any customer to generate their own electricity. … However, it’s also important that everyone pays their fair share of the electric system costs for the grid. Customers who own generation such as rooftop solar panels depend on the grid every day.

“It’s important that everyone pays their fair share of the electric system costs for the grid.”

“The solar laws in Michigan were designed in 2008 as a subsidy to help kick-start the use of solar panels, and it worked. We should update Michigan’s energy law so that customers who own their own generation get compensated at a fair rate for the power they produce and to make sure other customers are not overcharged.”

DTE spokesman Scott Simons said the distributed generation provisions “would equitably address the challenges of adding utility-owned solar systems and rooftop systems. Owners of rooftop solar panels depend on the grid every day to deliver extra power. These services are essential for ensuring reliability. It should be fairly priced to receive the value of the energy they provide.”

Overall, the Senate plan is “consistent with what we’d like to see for Michigan’s energy future,” Simons said.

‘Kind of a trust thing’

Neither sides appear to disagree that Michigan’s renewable and efficiency standards from 2008 have been a success. The disagreement is over how to move forward.

Nofs says that since the law helped develop the renewable energy industry in Michigan, the sector should be able to stand on its own without the help of legislative mandates.

“They’re going to have to compete,” Nofs said. “For seven years we have helped them compete, and now they’re saying (renewables) are cost effective. What we’re saying is: It’s time to swim. It’s time to dance. Go make your proposal, make your argument in front of everybody.”

“We’re overall extremely disappointed with the bill as a whole,” said Rebecca Stanfield, the Natural Resources Defense Council’s Midwest program deputy director for policy. “When you look at the whole thing, it basically puts the clean-energy vision that has been articulated really out of reach.”

Critics say the Senate plan doesn’t adequately value all of the environmental benefits renewables and efficiency provide, relying mostly on the least-cost options available and those that must simply meet minimal federal emissions rules.

“It’s almost like saying that the state shouldn’t do anything that makes it cleaner than what is federally minimally required unless it’s the cheapest thing to do,” Stanfield said. “In some cases it will be the cheapest, but to not count any environmental benefits beyond compliance is crazy. When you stand back, it looks like these bills were written by people who want to build baseload power plants and don’t want to have distributed generation and energy efficiency competing.”

Gomberg said moving away from standards is not rooted in evidence from other states, but in ideology.

“It would be nice to put the political ideology aside and recognize these policies are a success.”

“The ideological dogma that we shouldn’t have these standards simply does not carry a lot of weight when you look around at the landscape and see all of the evidence, analyses and facts that show how these standards are working and bringing a lot of benefits to the state,” Gomberg said. “It would be nice to put the political ideology aside and recognize these policies are a success.”

Consumers and DTE representatives said each utility is supportive of continuing efficiency and renewable development, which would continue to be emphasized in the Integrated Resource Planning process.

“Renewables are going to continue to play an important role in our supply portfolio,” said Dave Mengebier, Consumers’ senior vice president for governmental and public affairs. “I sort of get why the environmental community wants to lock in future standards. Part of this is kind of a trust thing — we’re going to continue to invest in energy efficiency and renewables.”

The amount of which, however, will depend on how IRP requirements are designed as well as what final federal carbon regulations look like, Mengebier said.

On the bright side

Advocates see at least one positive in the Senate energy plan, though, which would allow the Michigan Public Service Commission to approve decoupling mechanisms proposed by utilities.

Such mechanisms are in place for natural gas sales, while state courts have ruled that the process does not apply on the electric side. Proponents say it is one way to incentivize utilities to continue energy efficiency because it allows utilities to “true up” revenue projections if less energy is sold.

“It ensures that utilities who reduce their demand through efficiency won’t put themselves in financial peril as a result,” Stanfield, of NRDC, said.

Bishop, of Consumers, said the utility supports decoupling because it’s a “fair and transparent way to regulate utilities that protects both customers and investors. Decoupling is a critical regulatory reform to encourage utilities to aggressively invest in energy efficiency. It would ensure that our actions to reduce our own sales of electricity and natural gas do not reduce the revenues we need to make investments to ensure reliability for our customers.”

However, Stanfield and others say the overall goal of doing more efficiency may be watered down if decoupling also comes with eliminating standards.

Martin Kushler, senior fellow with the American Council for an Energy Efficient Economy, said: “The basic notion of having decoupling for electric utilities is a fine thing. It’s very important to know that just having decoupling in and of itself doesn’t make a utility want to do energy efficiency. It just removes one of the reasons they don’t want to.

“If you look at states with decoupling versus those without, it adds a little bit in terms of average savings but it’s nowhere near as powerful a factor as efficiency standards.”

Additionally, clean-energy advocates see another bright spot in allowing ratepayers to use on-bill financing to pay for energy efficiency projects. The costs for making efficiency improvements can be repaid through itemized charges on a utility bill.

“But when you put it in the context of everything else, it’s a big step backwards,” Stanfield said.