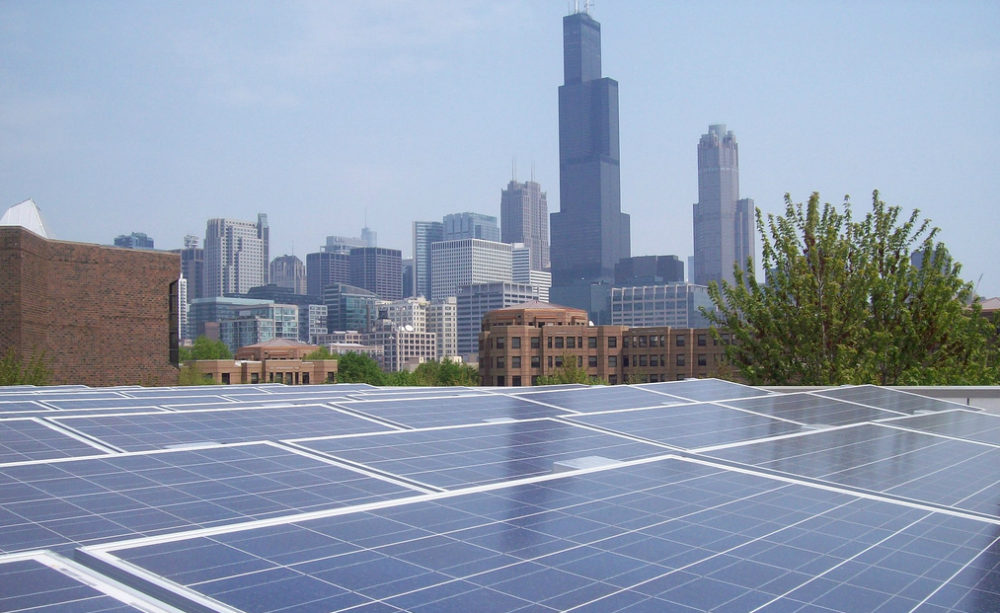 The atmosphere at a gathering of energy experts in Chicago this week was ebullient, with speakers describing a groundswell of innovation that promises to revolutionize the way energy is delivered on the grid.

A running theme the Energy Thought Summit was human resources – the people who will facilitate this transition, from energy consumers who’ve gone from passive users to active participants; to researchers who develop new technologies; to the front-line employees who manufacture, install and maintain the technology and infrastructure that keeps it all going.

“Accelerators and incubators are collaborating with academia, with civil society partners, we have this multi-sector approach that’s spurring creation of new technologies,” enthused Energy Thought Summit president Andrew Johnston. “The Midwest has been chomping at the bit for this moment.”

But as The New York Times pointed out in a story mentioning the summit, the full picture is more gloomy. A new International Energy Agency report shows that globally, technological innovation is lagging far behind what would be needed to curb climate change, in terms of solar energy, batteries, carbon capture and other technologies.

The Times noted that with U.S. government investment in solar and other renewable technologies modest, aside from a spike under the American Reinvestment and Recovery Act (ARRA), regulation has been the main driver of change.

Energy Thought Summit speakers noted how regulation, policy and legislation at the state and federal levels is having an effect, with power generators and utilities well aware that the country’s energy system is shifting to more distributed generation, clean energy and efficiency.

But despite the upbeat atmosphere, the summit, like many other public forums on energy, made clear that the path forward will be one characterized by change and innovation as well as pushback and contradictions.

The charging stations will be on the utility’s side of the meter, meaning that the cost is picked up by ratepayers assuming that state regulators grant approval. Partners ranging from banks to grocery stores will actually buy the electricity from the utility, Bassham noted, and drivers will be able to charge their cars for free for at least the first two years of the project.

Bassham told Midwest Energy News that they’ve received significant customer support for the initiative, that scores of other utilities from around the country have expressed interest in doing similar projects, and that local auto dealers already report increased interest in electric vehicles.

While increasing electric vehicle use is generally considered an advancement in clean energy, helping to eliminate carbon emissions as well as localized pollution from tailpipes, the KCP&L situation shows that all solutions are inter-linked and complicated. KCP&L gets 85 percent of its power from coal, meaning that the electric vehicles will still be carbon-intensive until more clean energy sources go online.

KCP&L’s generation mix is shifting, Bassham noted, as the company announced in January that it will retire three older coal plants. Much of its power comes from two plants, Iatan and La Cygne, which are billed as among the cleanest coal plants in the country.

KCP&L currently gets 2 percent of its power from wind and one percent from natural gas and oil; Bassham said those percentages are likely to increase. And it gets 12 percent from the Wolf Creek nuclear plant.

Nationwide and especially in the Midwest, the role of nuclear power in the energy future is an open question. John Rowe, former CEO and chairman emeritus of Exelon, which owns Illinois’ six nuclear plants, told Midwest Energy News that it is important to keep the country’s existing nuclear fleet operating, including through legislation or policy that will make their power more competitive. But he doesn’t foresee new nuclear power plants being built. (Click here for our extended Q&A with Rowe)

‘Our goal is to offset as much of that load growth as possible with energy efficiency.’

Speakers at the summit indicated there is no doubt that the country’s energy system will become increasingly reliant on distributed generation, as opposed to large centralized power plants. But how exactly this plays out depends on load growth and on the economics of solar power, natural gas and wind.

“As we retire [coal-fired] units, if we are able to do energy efficiency and additional renewables, that would be our replacement,” said Bassham. “If we see a lot of load growth and need additional traditional generation, we would likely build gas [generation]. Our goal is to offset as much of that load growth as possible with energy efficiency, instead of putting steel in the ground.”

Increased capacity for energy storage is key to a more responsive and efficient grid with more renewables providing energy. While there are multiple types of energy storage deployed and in development, lithium-ion batteries are still the most promising method and the main focus of research, as Argonne National Laboratory’s Energy Storage Initiative leader Jeff Chamberlain told Midwest Energy News.

Chamberlain noted that storing energy with batteries is still relatively expensive. Tesla’s planned massive battery factory is expected to produce batteries storing energy at a cost of about $350 per kilowatt hour. Chamberlain said batteries would need to reach about $100/kWh to store renewables at a rate that can compete with fossil fuel-generated energy. But about seven years ago, battery storage cost about $1,200/kWh, he said.

Chamberlain said he’s actually been surprised at how many lithium-ion batteries are being installed on the grid, even when the economics do not seem viable. He thinks that is in part because the value of storage is increasing so quickly, investments are being made in anticipation.

“The cost is coming down extremely rapidly – that’s why people are implementing the technology even if it’s not cost competitive,” he said.

The rise of distributed generation, rooftop solar and increased efficiency has sparked talk of a “death spiral” for utilities as they see demand for their electricity decreasing. Speaking at the Energy Thought Summit, ComEd CEO Anne Pramaggiore invoked Mark Twain’s famous saying that reports of his death had been greatly exaggerated.

She described the grid and utilities as still fundamental and crucial to delivering energy in the most green and efficient way. And she described the utility’s efforts to modernize and respond to customers’ desires for efficiency, smart meters and renewable energy.

ComEd is behind one of three energy bills currently pending in the Illinois legislature. While ComEd’s bill includes measures to expand efficiency and grid responsiveness, environmental advocates describe ComEd’s bill as an “11th hour” measure that would undercut the Clean Jobs bill that would fix the state’s Renewable Portfolio Standard and spur more solar and wind.

Like utilities nationwide, ComEd is concerned that a rapid rise in distributed generation could reduce their revenue from energy sales. Its bill is also considered related to a bill proposed by Exelon, which would guarantee revenue for its nuclear plants and create a low-carbon standard in place of fixing the renewable standard.

“We proposed some pieces [of legislation] we think are important from a policy standpoint,” Pramaggiore told the crowd. “One is, when you have a grid how do you ensure the costs are still being covered for the benefit of everyone?”

Bassham told Midwest Energy News that while this trend is also a concern for KCP&L, the utility is not seeking any increases in fixed rates meant to collect more from people with solar arrays. While there is not much distributed solar power in their service territory currently, he said the utility wants to work with people who would like to install solar.

‘Historically [utilities] would fight back against any change.’

Bassham noted that in the past, a utility’s business would basically consist of getting a call from a customer who wants service, providing them service, sending them a bill and cutting off their service if they don’t pay it. Today, it’s a totally different story.

“Historically we would fight back against any change,” Bassham told the crowd. “But that’s not the way things are won. Our key is to get more involved in what our customers want, not just reliability, not just standard service…It’s complicated, we have to work with our regulators and shareholders. We have to communicate with our customers, with our employees, we have to change our culture.”

Experts agree that ultimately an interplay of technology, policy, consumer demand and the market will continue to drive these shifts, on a path that may be winding but ideally leads to more clean energy.

“It will be fascinating to see,” said Chamberlain. “The grid business model is shifting now under the feet of the ComEds and Exelons. The question is, do they grab the reins? It’s an opportunity they could take, or not.”