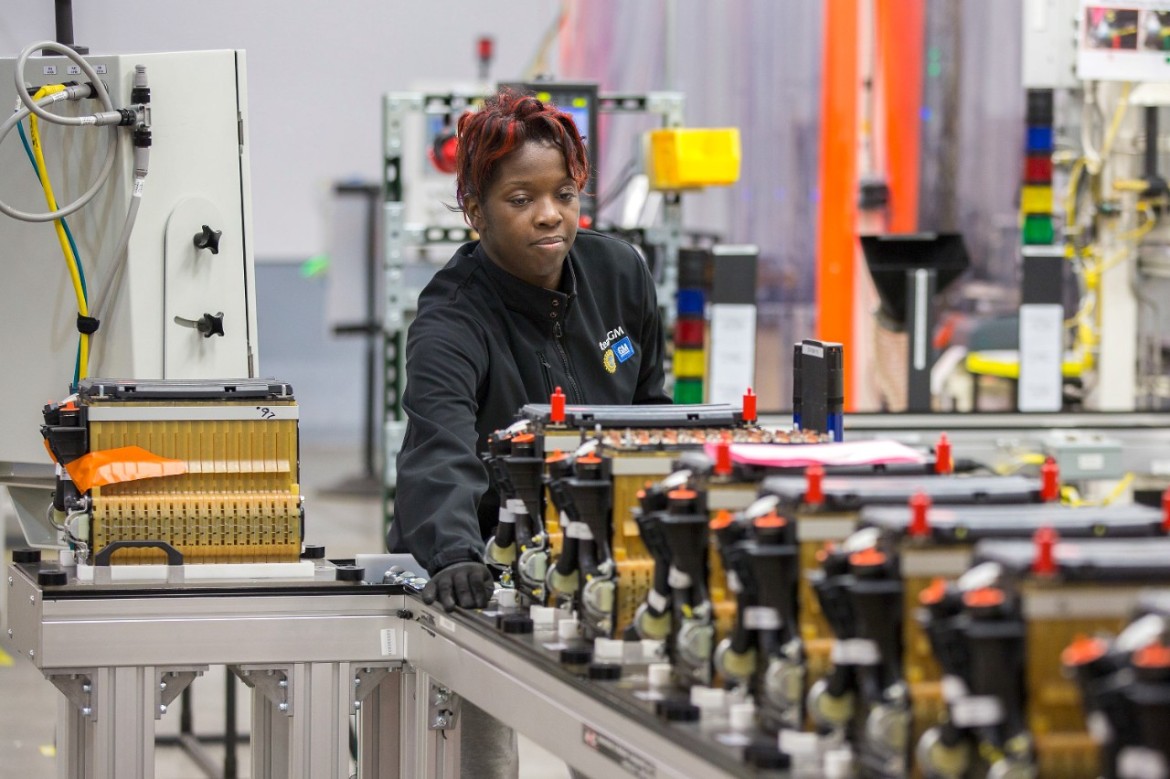 Its automotive history may have positioned Michigan as a natural laboratory for advancing the latest in battery storage for cars, but other sectors are pushing the state onto the global energy-storage stage.

Officials here anticipate further growth for an industry that just a few years ago struggled to find its footing, with public-private partnerships to make advances in a variety of sectors, including renewables and consumer electronics.

While advances in battery-storage technology is turning traditional ways of thinking about energy generation and consumption on its head, experts hope policymakers and utilities will keep pace and brace for change rather than resist it until its too late.

“I think it’s a strong industry that’s getting stronger,” said Dan Scripps, president of the Michigan Energy Innovation Business Council. He said there haven’t been specific studies measuring the economic impact of advanced battery storage in Michigan, “But we’re probably, conservatively, in the top five states in the country.”

Scripps, a former Democratic state representative, noted that Michigan got more than half of the dollars for battery support that were available in the American Recovery and Reinvestment Act of 2009. Billions of dollars are reportedly being invested into a variety of advanced energy storage systems, including lithium ion and lead acid batteries.

According to NextEnergy, a Detroit-based nonprofit that helps commercialize products from the research phase, Michigan has nearly 400 vehicle research and technical centers and employs nearly 90,000 engineers. The state has invested more than $6 billion into the lithium ion battery industry alone, said Kelly Jezierski, NextEnergy’s director of energy storage.

The diversity of sectors involved with battery storage appears to set Michigan apart from other states, according to Scripps and Jezierski.

“Michigan is really playing in all of these different places and markets,” Jezierski said.

And even within the batteries themselves are a variety of components, materials and modules, with companies specializing in individual aspects of making a battery. Up this supply chain, things seem to be looking up: “It’s a pretty exciting time,” Jezierski said.

In June, LG Chem announced it would be tripling the size of its workforce in West Michigan due to an increase in demand for its batteries.

Ann Arbor-based Sakti3, Inc., which is commercializing a high-energy density battery, was invited by President Obama earlier this month to showcase its products in the inaugural White House Demo Day.

Less than six months ago, vacuum manufacturer Dyson announced a $15 million investment in Sakti3 to improve the battery life in their products.

The list of startup companies looking to scale up their products for the market goes on and on.

“That suggests that it’s not one niche or one company,” Scripps said. “It’s a range of companies in Michigan across a variety of sectors.”

The University of Michigan’s Energy Institute is scheduled to open a battery storage lab in October that was conceived as a partnership between the university, Ford Motor Co. and the Michigan Economic Development Corp.

The goal of the lab is to be able to make small batches of moderately sized batteries that can later be scaled up, which was Ford’s original interest in the partnership, said Mark Barteau, director of the Energy Institute.

“We have gotten a lot of interest from startups and others in the Michigan battery ecosystem, which is pretty extensive,” he said. “It will be a user facility and people will pay to use it. They can come in and use it themselves and have their intellectual property protected. We’re going to have some testing capability but we’re not going to be in the certification business.”

A123 Systems, based in Metro Detroit, is an example of the hardships the sector faced within the past five to 10 years, when demand wasn’t strong enough to keep supplies moving. (Some even called it “Solyndra 2.0” in recent years.)

Founded in 2001, the company filed for bankruptcy protection in 2012 after a reported decline in demand for its batteries. In 2009, the company had received nearly $400 million in grants and tax incentives from the state and federal government.

‘It’s hard to find a better example of growth than in Michigan.’

“A lot of people pointed to them as a failure,” Scripps said. “They came out of bankruptcy and just made a $200 million investment. You’re really seeing examples across the state of battery companies that aren’t just surviving, but adding and making significant investments.

“Tesla and the gigafactory in Nevada probably gobbles most of the attention, but it’s hard to find a better example of growth than in Michigan.”

Going back five or 10 years, Scripps said there “certainly was oversupply in the market,” with stories about production lines not being used. LG Chem, the company growing its West Michigan operations, was forced by the U.S. Auditor General to repay some of its federal stimulus grant.

“We were waiting for a variety of applications to catch up to where the market was,” Scripps said.

Jezierski characterized the time of the stimulus act as having “a lot of hype” around electric vehicles.

“With that being a nascent industry, it can take a long time for the hype to catch up with reality,” she said. “All these expectations were set, the bar was very high. Some political figures wanted to sell a certain amount of electric vehicles in a year. In a way it set up the lithium ion industry for, I don’t want to say failure, but unrealistic expectations.”

That’s changing, though. Applying battery storage technology is finding wider applications not just in the auto industry, but across a variety of sectors. Some companies are applying vehicle storage systems to the stationary side, Jezierski said.

Moving forward, though — as federal and state governments come up with new policies charting the course of energy generation and distribution — it’s unclear how battery storage will impact utilities or states’ abilities to reduce carbon emissions.

“That’s a story in some ways that is still to be written,” Scripps said. “There’s certainly a lot of promise. We may get to a point where it’s actually cheaper and more reliable to get power on a roof and store it in the garage. That’s a fundamental break from the 20th-century electricity system.

“The danger is if we assume that the way it looks today is the way it will look in 20, 25 years. If we do things to preserve the status quo instead of developing new business models and approaches, we’ll face a cliff instead of a soft landing.”