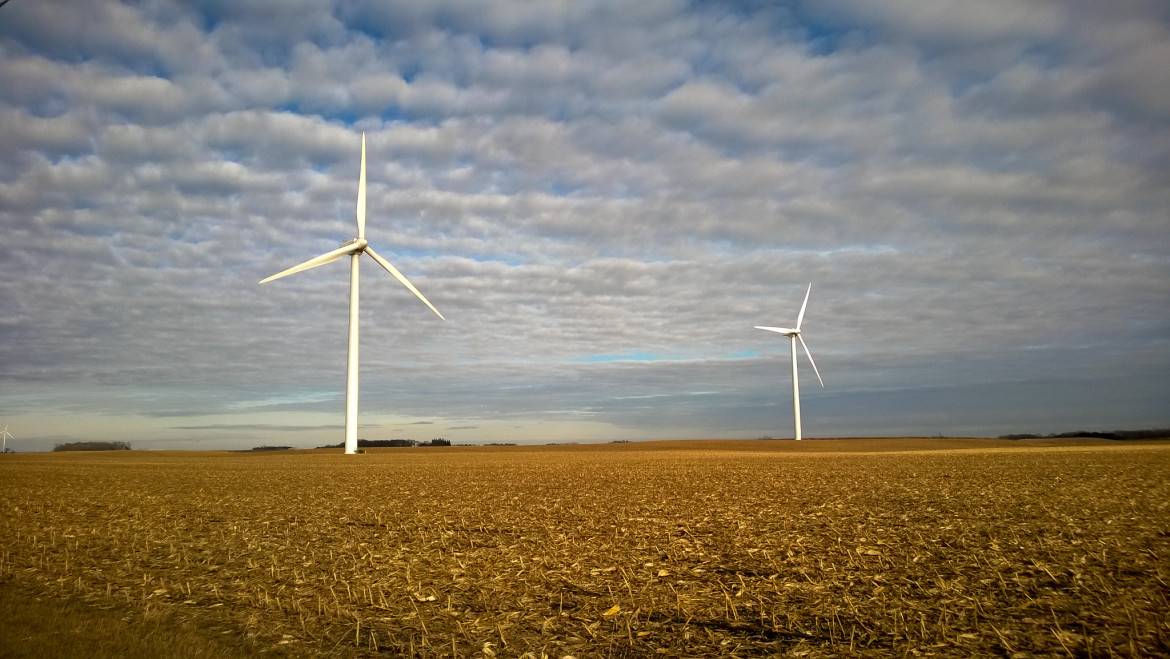 A report released Thursday by the Union of Concerned Scientists shows Minnesota is already on pace to exceed carbon-reduction goals by 2022 and 2030 as part of the requirements in the U.S. Environmental Protection Agency’s final Clean Power Plan rules.

Most Midwest states — including Michigan, Wisconsin, Ohio, Illinois and Missouri — are on track to meet at least half of the emission-reduction benchmarks by 2022, the start date for initial compliance, according to the report.

A combination of renewable and energy efficiency standards and plans to retire coal-burning power plants have already put many states on a path to complying with the rules.

“States that are further along towards complying with the Clean Power Plan have demonstrated some leadership in investing in wind and solar and energy efficiency as well as making commitments to shut down obsolete coal plants that have exceeded their useful life,” said Steve Frenkel, director of the Union of Concerned Scientists’ Midwest office.

“We see states like Minnesota leading the pack where there has been a history of leadership and investment in clean energy,” he added.

According to the report, Minnesota is the only Midwest state that is on pace to exceed carbon-reduction requirements by 2030 under the Clean Power Plan. By 2022, the state will have met 169 percent of its rate-based compliance targets and 136 percent by 2030.

Minnesota utilities are required to have 25 percent of generation (30 percent for Xcel Energy) come from renewables by 2025. Utilities there are also required to spend up to 1.5 percent of their gross operating revenues on energy efficiency programs.

According to the report, Michigan, Ohio, Wisconsin and Illinois are also on pace to meet at least 50 percent of their emission goals by 2022. (These tables show where states stand in meeting goals based on rate-based or mass-based compliance models.)

The report assumes — based on the same projections by the EPA — that retiring coal-fired generation will be replaced by renewables and energy efficiency, while additional generation will come from natural gas.

Even Ohio — where lawmakers froze any new growth in the state’s renewable and efficiency standards — is on track to meet 82 percent of its goals by 2022 due to a high number of planned coal retirements, Frenkel said. He added that the analysis accounted for the freeze being in effect under business as usual.

“No matter where a state stands, the Clean Power Plan is really a first step in addressing our nation’s carbon pollution problem,” Frenkel said.

‘Even states like Minnesota that have demonstrated a lot of progress shouldn’t rest on their laurels.’

But he added that more should be done, even for states like Minnesota. Also, while Illinois is projected to be at 62 percent of its goal by 2022, Frenkel says that could be strengthened with better renewable and efficiency standards that UCS supports.

The Clean Power Plan “really is a down payment to a low-carbon future we need to invest in,” he said. “But even states like Minnesota that have demonstrated a lot of progress shouldn’t rest on their laurels.”

But then there is a state like Michigan, which UCS says will hit 63 percent of its emission goals by 2022. The state’s 10 percent renewable portfolio standard is scheduled to level off at the end of the year, and the Republican-led Legislature is averse to expanding that, opting instead for requiring more detailed generation planning by utilities.

“Michigan would be tying one hand behind its back in terms of charting a path for complying with the Clean Power Plan if it let its renewable energy policies languish,” Frenkel said. “The climate in the legislature that has been hostile towards clean-energy policies is really sending the wrong signal about Michigan as a leader.”

Case in point, the report says, is Indiana. The state does not have renewable or efficiency standards and has made little progress in transitioning from being coal-reliant. The report says it is 37 percent of the way to meeting its goals by 2022 and 18 percent toward 2030 goals, lagging behind other Midwest states.

The report also singles out states Frenkel said are “looking backwards” by planning to challenge the Clean Power Plan in court while making significant progress in compliance, such as Ohio and Wisconsin.

“It’s unfortunate some states are looking backwards rather than forward,” he said. “While the legal process and challenges will likely proceed, regulators and power producers and utilities understand they need to engage in a thoughtful way and wrestle with what the future of a lower-carbon energy system should look like.”