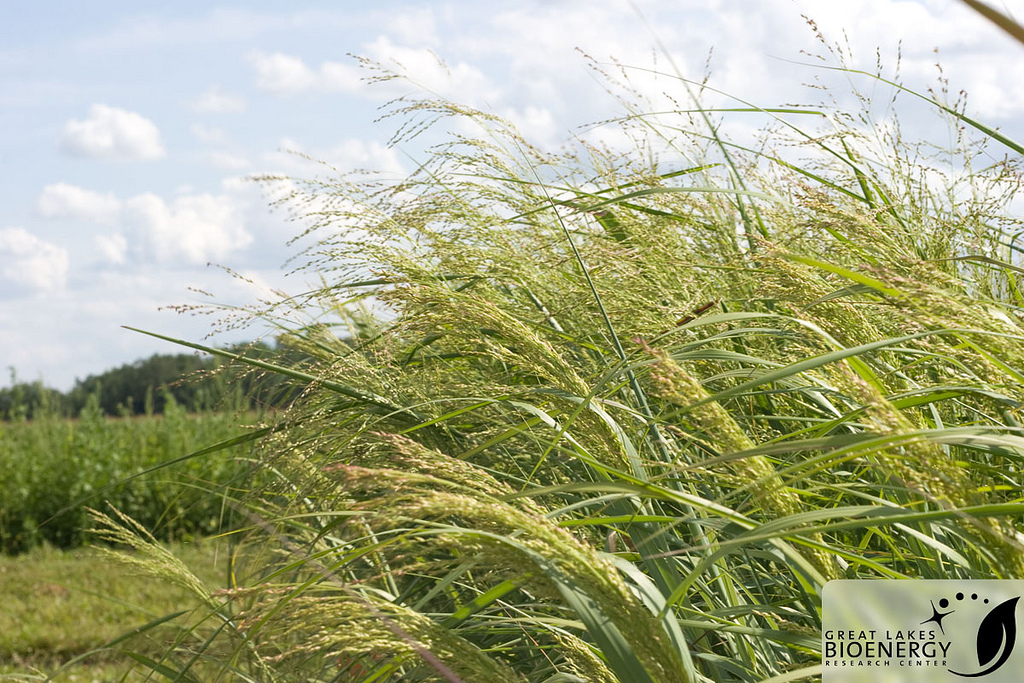 Can willow trees and switchgrass reduce the country’s reliance on fossil fuels? An ongoing experiment by the U.S. Department of Energy’s Argonne National Laboratory hopes to prove that these common crops can be essential to this goal.

The experiment in the Central Illinois community of Fairbury explores the potential of formerly overlooked plants such as willow and switchgrass that can be used as feedstock to create bioenergy, energy that comes from plant or animal matter.

Argonne researchers have been working with this farming community since 2013 to plant bioenergy crops in a cornfield that a research team from Argonne created to serve as a pilot program. Researchers are planting these crops on land where commodity crops have not grown well because of poor soil conditions.

If the experiment proves successful, farmers could start planting such bioenergy crops and get additional income from otherwise-fallow land; meanwhile the bioenergy crops could provide a lower-carbon alternative to fossil fuels.

As a third benefit, the concept also offers benefits for the local environment. Feedstock plants can limit the amount of nitrogen-based fertilizers that collect in water runoff from farm land. This means that when it rains, the feedstock plants help filter the runoff flowing into nearby waterways, reducing nutrient pollution that leads to low-oxygen “dead zones” in rivers, lakes and the Gulf of Mexico.

The goal of the experiment, then, is a big one: Argonne researchers hope to convince farmers across the country that it makes financial sense to plant feedstock plants on farmland that doesn’t support commodity crops.

“What we are doing here is not just some idealistic experiment that will have no bearing in the real world of farming,” said Cristina Negri, principal agronomist and environmental engineer at Argonne. “We are taking a practical approach with this project. We want to show the farming community that it is possible to use land that otherwise had no real purpose. We want to show them that they can generate at least some income from land that they were not using for their commodity crops. Bioenergy systems can be an effective, and profitable, use of land.”

To create their pilot farm site, Negri and her fellow researchers analyzed small areas of the cornfield. They soon discovered that the areas that yielded the lowest amount of commodity crops also did the worst job of retaining nitrogen during storms. So they targeted these areas for feedstock planting.

Researchers note that willow and switchgrass are good at removing nitrogen because they are perennial crops with life cycles spanning multiple years, meaning they have deeper and more extensive root systems than annual plants. These deeper, thicker root systems are better able to absorb nitrogen as it seeps into the soil.

Nitrogen that is not absorbed can run into waterways or be released into the atmosphere as nitrous oxide, commonly referred to as laughing gas. Scientists say that this greenhouse gas has 310 times the warming potential of carbon dioxide.

When nitrogen depletes oxygen in waterways, it facilitates the growth of often huge and toxic algae blooms like those that have been a major problem on Lake Erie.

The Fairbury cornfield is a perfect site for the Argonne bioenergy experiment. The cornfield sits in the Indian Creek Watershed, which drains into the Vermilion River and, eventually, the Gulf of Mexico where nutrient pollution has created a dead zone the size of New Jersey.

Herbert Ssegane, a postdoctoral researcher at Argonne, said that since planting started in 2013, the cornfield has already seen a reduction in nitrate levels of 28 percent. The project goes through 2016, so further reductions are likely with two full growing seasons still ahead, Ssegane said.

In addition to preventing nutrient pollution, absorbing nitrogen means farmers don’t need to spend as much on fertilizer. Farmers and agribusiness owners are constantly buying nutrients to boost their yields. That investment is lost when nutrients wash away in heavy rains. But if farmers have planted enough non-traditional crops such as willow that retain nutrients, they can keep a greater amount of fertilizers on their fields.

“It’s all about applying the right nutrient in the right place at the right time and the right rate,” said Chad Watts, project director at the West Lafayette, Ind.-based Conservation Technology Information Center, who has worked closely with Argonne officials to bring farmers in the Indian Creek watershed on board. “As we change those ‘r’s, we can better feed our crops. That can help us for a long time.”

The Conservation Technology Information Center helped form a steering committee of local farmers and agribusiness professionals that has since met with Argonne researchers to discuss the project and the early results.

“They see the writing on the wall,” Watts said. “We must do a better job of protecting our waters. Public scrutiny is not going to go away. Farmers are open to a variety of different practices and ideas that could be helpful in that quest and could be profitable. There are many farmers there who want to be seen as a partner in protecting water quality rather than a culprit.”