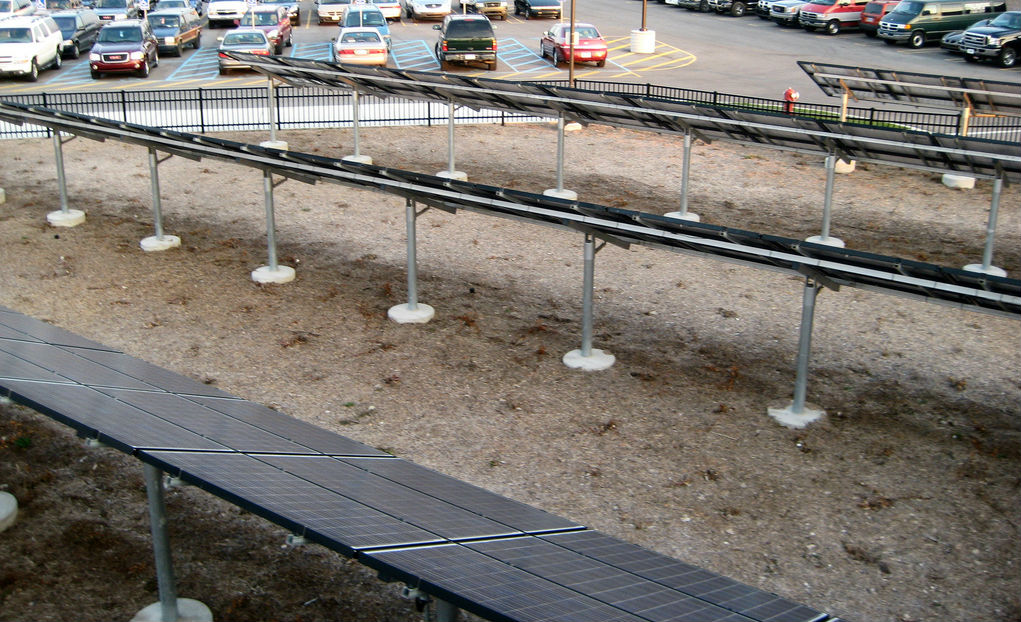 A Michigan lawmaker more widely known for his strongly conservative positions on social issues may be an unlikely ally for those pushing for more clean energy here.

State Rep. Gary Glenn, a first-term tea party Republican who also heads the state chapter of the American Family Association, says he wants to incentivize — “not mandate” — solar energy growth in the state.

In an interview with Midwest Energy News last week, Glenn said he is preparing to release an energy package next month that would encourage distributed generation and allow ratepayers to buy renewable energy from alternative suppliers.

Glenn is the majority vice chair of the House Energy Policy Committee who observers say has taken a strong interest in energy issues this session.

Glenn aims to lift the current 1 percent cap on net metering for solar projects, the opposite direction Senate Republicans are headed. He also wants to restructure the 10 percent limit on customers who can participate in Retail Open Access that would allow customers to choose an alternative energy supplier if it is for renewable energy.

Glenn says his overall goal is to incentivize, not mandate, clean-energy growth here.

“We ought to maintain (net metering) and incentivize it so we have more people using solar and relieving pressure on the grid,” Glenn said last week at the Capitol. “I don’t believe in mandating any form of energy, but we should be incentivizing solar as much as possible.

“The fact that there’s not more solar is not because there are more cloudy days in Michigan than other states,” he added. “We have the least incentivizing policy in the country.”

Glenn’s comments came shortly before the Senate Energy and Technology Committee held a hearing last week on SB 438, a Republican-backed plan that would eliminate net metering and which is drawing strong criticism from solar advocates and some conservative groups.

Instead of eliminating net metering — as major investor-owned utilities want to see — Glenn wants to lift the 1 percent cap and allow people to be credited for the energy they put back on the grid at the same retail rate they get it from utilities.

“As part of a competition-driven, free-market and incentive-based package, it gives consumers choice,” Glenn said.

I don’t believe in mandating any form of energy, but we should be incentivizing solar as much as possible.

Glenn’s proposal could end up being the fourth sweeping energy policy to surface this year as Michigan’s 10 percent renewable energy standard levels off at the end of 2015.

Glenn’s plan differs from Senate Republicans who want to opt for an Integrated Resource Planning process and eliminate net metering, and a Democratic proposal to double the RPS by 2020. His stance also differs from fellow House Republicans, who want to return Michigan to being a fully regulated state and allow the renewable and efficiency standards to level off and not increase.

As in other states across the country, Glenn represents a group of Michigan Republicans pushing for more renewable energy but doing so through the market or mechanisms other than standards.

The Green Tea Coalition and the group Tell Utilities Solar won’t be Killed — headed by former Republican Congressman Barry Goldwater, Jr. — are mobilizing in states where they say policies conducive to rooftop solar are being attacked by large utilities that feel threatened by increasing amounts of distributed generation.

Glenn said he is adapting a policy that might be palatable on both sides of the aisle because he doesn’t believe the votes are there to extend Michigan’s RPS or to fully deregulate or regulate the state.

In addition to allowing customers seeking renewable energy to get it from an alternative supplier, Glenn also wants to open up the choice market to all taxpayer-funded entities, such as K-12 schools, universities, prisons and all “state and political subdivisions.”

In 2008, Michigan lawmakers capped electric choice at 10 percent of a utility’s capacity. Thousands of entities are part of a waiting list to participate. Allowing customers to purchase renewables from alternative suppliers would effectively use Retail Open Access as a way to expand the amount of clean energy generated here, Glenn says.

“It’s a significant incentive to buy from a renewable source, but it’s not a mandate,” he said.

Jeff Irwin, a Democratic state representative from Ann Arbor, said he’s familiar with Glenn’s plan and agrees that it could be a different means to reach the same ends that clean-energy supporters seek.

“There’s a natural connection between advocates of clean, renewable, homegrown energy and folks who believe in customer choice and liberty,” Irwin said.

Last year, Irwin introduced a series of bills with bipartisan support that he called “energy freedom,” which also would have incentivized self-generation. Irwin said he plans to reintroduce that legislation again this year.

Irwin said it’s difficult to determine whether there are other Republicans like Glenn who, with  help from Democrats, could muster enough votes in both Republican-dominated chambers for clean-energy legislation.

“As we see other proposals, particularly from (Senate Republicans), that’s a real point of difference in the Republican Party,” Irwin said. “Some Republicans want to smother the solar industry by wrapping it in red tape. Other people who have a more free-market approach want it to be economically viable.”