Photo By
Nyttend, via Wikimedia. 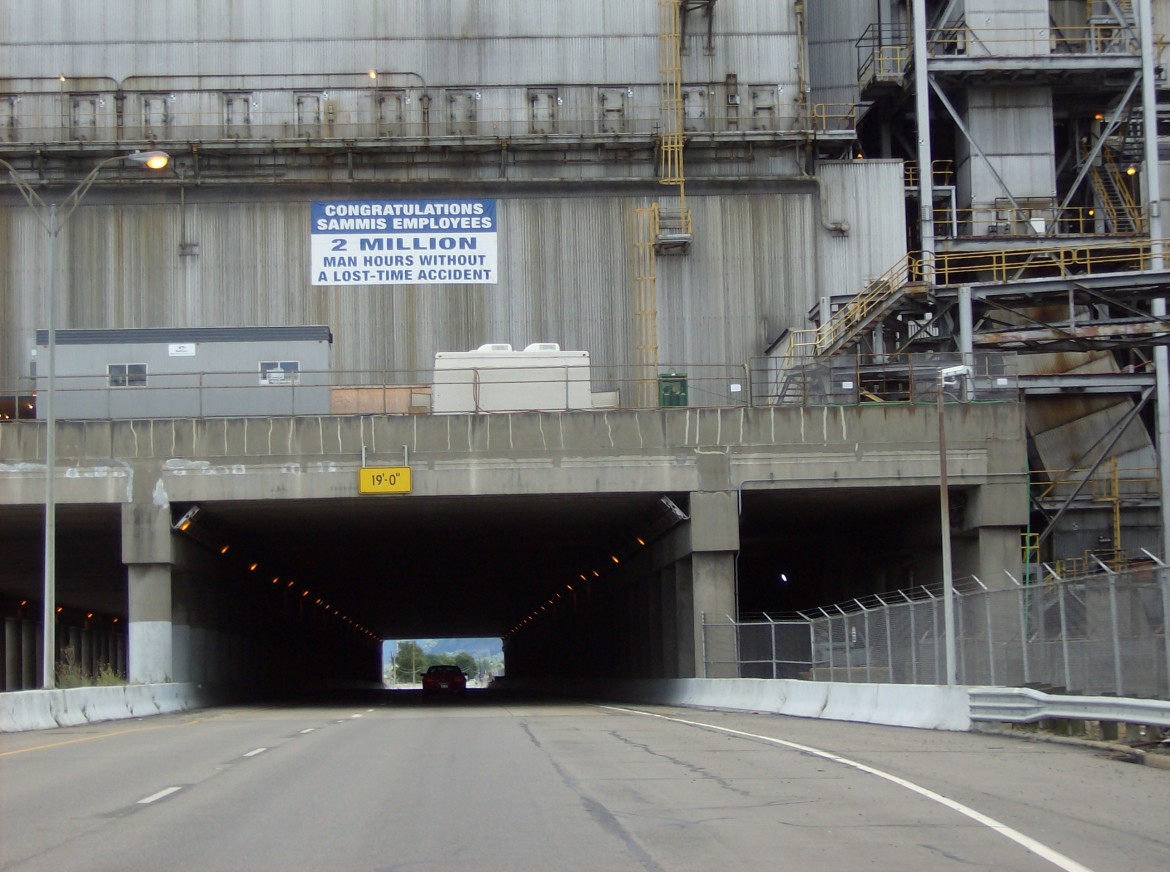 FirstEnergy’s plan to make all of its Ohio utility customers essentially guarantee sales for certain coal and nuclear plants owned by its unregulated generation subsidiary is an even worse deal for consumers now than when FirstEnergy filed that proposal a year ago, say environmental advocates.

FirstEnergy acknowledges that customers will pay more in for the first few years, but claims that the proposed power purchase agreement (PPA) will save customers $2 billion over its 15-year term.

The Office of the Ohio Consumers’ Counsel has said the plan will more likely cost ratepayers $3 billion over that period. Environmental advocates say it’s even more unwise to bet on a rising market for coal after the U.S. Environmental Protection Agency’s issuance of the final Clean Power Plan rules earlier this month.

The Public Utilities Commission of Ohio (PUCO) begins its evidentiary hearing in the case this coming Monday, August 31.

Under the proposed plan, FirstEnergy’s Ohio utilities would buy all energy produced by FirstEnergy Solutions (FES) at the Davis-Besse nuclear plant in Oak Harbor and the Sammis coal plant in Stratton, Ohio, as well as FES’s entire share of energy produced at two 1950s-era coal-fired plants owned by the Ohio Valley Electric Corporation.

“Essentially our utilities will buy the output of certain power plants and then sell that power into the marketplace,” explained FirstEnergy spokesperson Doug Colafella. “Depending on how those power plants perform in the market, customers will either see a charge on their bill or a credit on their bill.”

Under a 1999 Ohio law, the generation of electricity was deregulated, and customers got the right to choose their own supplier. Customers could still do that under the proposed plan. Regardless of whom they choose, however, all distribution customers would still be subject to FirstEnergy’s proposed plan.

“Our case is predicated on projections that power prices will rise in the years ahead, and this PPA will act as a hedge to keep prices stable,” Colafella said. The term of the proposed contract is 15 years. FirstEnergy says customers could start seeing a credit on their bills as early as the fourth year.

The terms of the plan have largely “remained unchanged” since FirstEnergy filed it with the PUCO last year, Colafella added. “The only exception would be the settlement agreements that we have with about 15 parties that added some additional terms” to the company’s electric security plan, or ESP.

However, Colafella acknowledged that some of the settlements involve “adjustments to what we call riders—certain line items in the bill that we charge to customers.” Thus, while the terms of those settlement agreements won’t directly affect charges or credits under the PPA itself, those arrangements with large industrial users and other groups could still affect what consumers pay.

Challengers and environmental advocates disagree. If anything, they say, it’s even clearer now that the proposed “bailout” plan will raise consumer costs.

When FirstEnergy sought and got approval for its West Virginia utilities to buy a coal-fired power plant from their unregulated generation affiliate, the company offered similar arguments, notes Cathy Kunkel at the Institute for Energy Economics and Financial Analysis (IEEFA).

As she sees it, cheaper natural gas prices have made electricity from coal-fired power plants less and less competitive. But because customers must still cover the costs for the plant, FirstEnergy’s West Virginia customers “are seeing their rates soar,” Kunkel said.

Although the legal structure of the West Virginia arrangement was different, the outcome for customers would be essentially the same as what’s being proposed in the Ohio case, said Kunkel. If the plants prove unprofitable, ratepayers would have to pay for any difference between the market price and the contract price.

As a “corporate financial strategy,” both the West Virginia case and the proposed Ohio plan involve “shifting the risk” for unprofitable plants from shareholders to ratepayers, Kunkel said. “The reality of what has happened in West Virginia is a pretty good warning of what could happen in Ohio with this PPA,” she added.

Kunkel disagrees with FirstEnergy’s argument that its plan is necessary to ensure a diverse mix of reliable power for Ohio.

“Right now Ohio customers are buying power from PJM because it’s a deregulated market. There is baseload power in PJM, and PJM is also a fairly fuel diverse market,” Kunkel explained. “So, I don’t really get why ratepayers would be better off tying themselves to these particular baseload plants rather than just relying on PJM.”

The U.S. EPA’s Clean Power Plan adds additional concerns. Final rules published earlier this month call for states to reduce carbon dioxide emissions from energy sources. Ohio and other states have three years to submit plans on how they will achieve the rules’ targeted emission reductions by 2030.

“Only after those compliance plans are approved by U.S. EPA will we know what will be required of FirstEnergy,” Colafella said. In his view, it’s “just too early to say” whether the Clean Power Plan would affect projections of how its plan will impact customers.

Challengers had already calculated that instead of saving money long-term, FirstEnergy’s plan would end up costing consumers about $3 billion over the 15 years of the proposed contract.

Now environmental advocates say FirstEnergy’s proposed “bailout” will “absolutely” be a worse deal for consumers under the Clean Power Plan.

“Customers would be asked to spend money on any ongoing operations and maintenance” for the covered power plants, noted Dan Sawmiller at the Sierra Club, including “any existing and future environmental compliance.” Whether the company forecasts appropriately consider costs for such future environmental compliance is “part of what we’re debating in this case,” he added.

“The Clean Power Plan is really a signal to policymakers to end unnecessary coal subsidies, which is exactly what the coal bailout would be,” said Brennan Howell at the Ohio Environmental Council.

Indeed, advocates note that the Clean Power Plan encourages development of clean energy sources, and as their costs come down, electricity from unprofitable plants could become even less competitive.

The EPA “saw renewables coming online more cheaply and quickly than they had originally assumed,” noted Samantha Williams at the Natural Resources Defense Council. That additional generation provides still more competition for coal plants that companies want “to keep squeezing more and more out of.”

“Ohio has had success in building a clean energy economy,” added Howell, “and this coal bailout would just get in the way of that progress.”

The hearing that starts Monday will “definitely” last several weeks, said PUCO spokesperson Matt Schilling. “There are a lot of witnesses that will be providing testimony,” he noted.

And even if FirstEnergy is not ready to revise its financial projections, at least some of the testimony in the case will likely be about the potential impacts of the Clean Power Plan.

“It’s a bad deal, period,” Sawmiller added. “And it’s only going to get worse.”