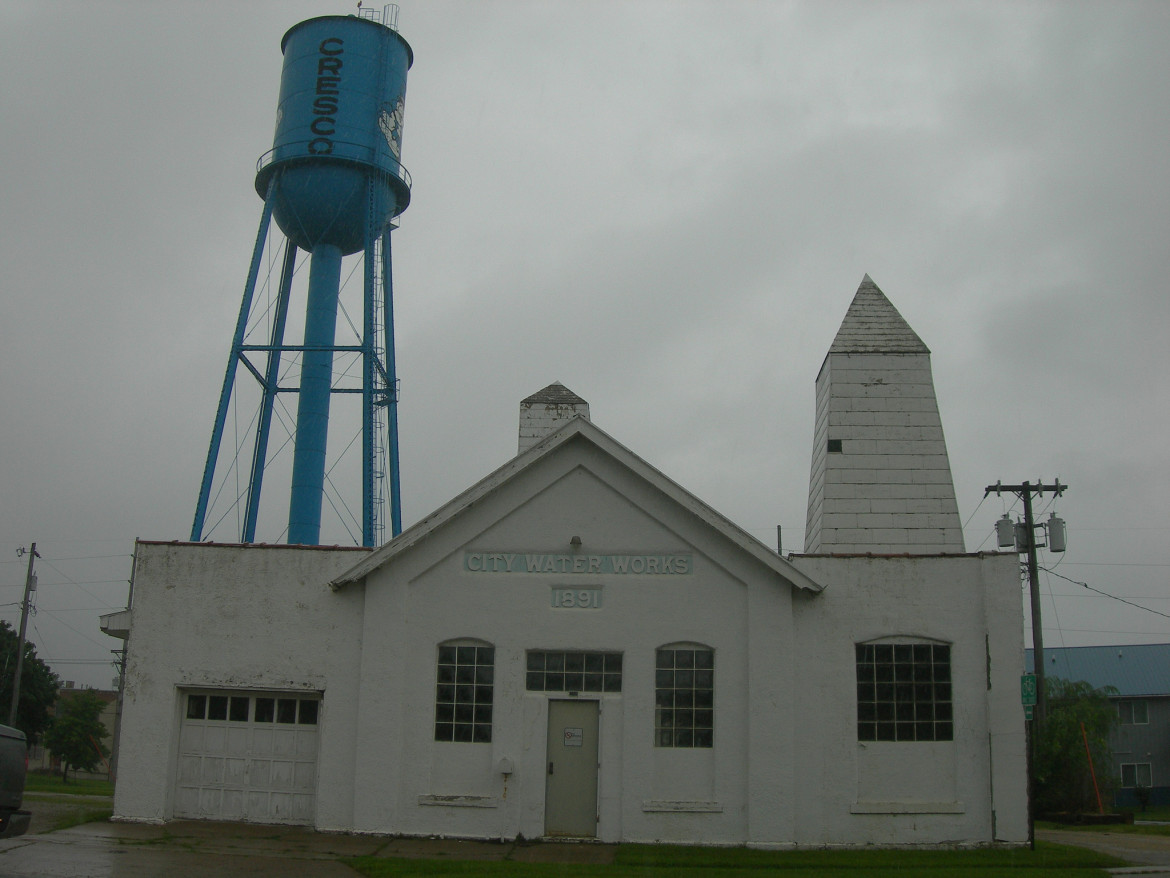 Cresco, Iowa is benefiting from energy efficiency assistance thanks to a federal grant.

When the going gets technical, small towns generally lack the expertise to move ahead effectively on energy-efficiency projects. Council members and city clerks typically don’t have the resources to assess what needs to be done, how long it will be before improvements pay off, and what information to take to a contractor.

With a federal grant of $368,000, the Iowa Economic Development Authority selected the municipalities to work with several energy engineers to assess their efficiency needs, and to map out a way forward.

“It’s just been a Godsend for us,” said Amy Bouska, a member of the city council in Cresco, population 3,900 and one of the 19 communities taking part in the City Energy Management grant program. “It’s a small town, and we don’t have an engineer on staff.”

All about the numbers

The Cresco city government had already done energy audits on all but one of its buildings, but city officials didn’t know where to go next.

“I’m an actuary,” Bouska said. “Numbers are my life, and it was still, ‘Okay, what do we do next – or first?’ The audits don’t say, ‘If you replace this pump, you’ll get your money back in XX years.’ (The energy engineer) helped us calculate the payback period.”

The grant funds went to Franklin Energy, a Wisconsin-based energy consulting firm. It has provided the services of two engineers. One has been working with 10 communities in the eastern half of the state, the other with nine cities in the west. The two-year grant was originally to wrap up in January 2016, although the state is considering extending it in order to complete some projects now underway.

Each community has assembled an energy action team, which works together with one of the Franklin Energy engineers. High on the state’s list was getting buildings enrolled in benchmarking their energy use, in cases where they weren’t already doing that.

The other main task was “to make a list of projects and a time frame, and their importance and cost,” said Adrienne Ricehill, a program manager for the Iowa Economic Development Authority, which has overseen the grant. “Each community has made such a list.

“We were concerned at first — because we know how tight money is — that they would not be able to complete any efficiency projects,” Ricehill said.

She hoped that about half a dozen projects would be completed by the end date of the grant. But at this point, she said, just one community has done that many projects.

One of the projects is an experiment begun this summer in Cresco to evaluate the effectiveness of a “liquid pool cover” on energy and water use at the city’s indoor swimming pool. The chemical is supposed to prevent pool water from evaporating. An uncovered heated pool is almost constantly losing both water and heat and, if enclosed in a building, it is also causing a build-up of moisture that requires dehumidifying. The savings from reducing all three of those could be substantial.

The city has installed monitoring equipment on its HVAC system that will track how much less energy and water the pool is using.

If it proves effective, the data will be shared with other towns that may follow suit.

Bloomfield, another of the 19 communities covered by the grant, is watching the swimming-pool experiment while it moves ahead with other efficiency upgrades. The city’s energy efficiency director, Chris Ball, said that Franklin energy engineer Christine Maduro “put together a menu that says, ‘Here are energy efficiency measures we think you should consider. Here are the estimated savings and here is the estimated payback time.’

“There are a number that will pay back within a year or two. We’ve started whittling away at those. In the next year, we hope to tackle those. We’re changing out the lighting, switching from old fluorescents to LEDs. We’re putting in programmable thermostats. Some areas can improve insulation.”

The city also plans to install some occupancy sensors so it is no longer lighting and heating or cooling empty rooms, and it is installing single on-demand water heaters in city facilities that don’t require a steady supply of hot water.

At Maduro’s urging, the city council in the next few weeks will also consider policies to restrain energy use by employees – like mandating temperatures in city-owned buildings be no lower than about 78 in the summer and no higher than about 70 in the winter.
“It’s common-sense things we should be doing anyway, but this puts them in writing,” Ball said.

The recent move towards greater energy efficiency in city operations “is something we could have done ourselves, but having some help from outside got us right to the point,” Ball said. “It’s always good to bring in outside help to kick-start things.”

Brian Selinger, the authority’s energy team leader, is hoping the momentum will spread beyond the beneficiaries of the current program, and that the projects underway and completed will serve as inspiration for other municipalities.

“It’s trying to set forth a model so that other folks can participate and see the value in what we’ve done here,” he said.