Photo By
Photo courtesy of the Office of Ohio State Senator Troy Balderson. 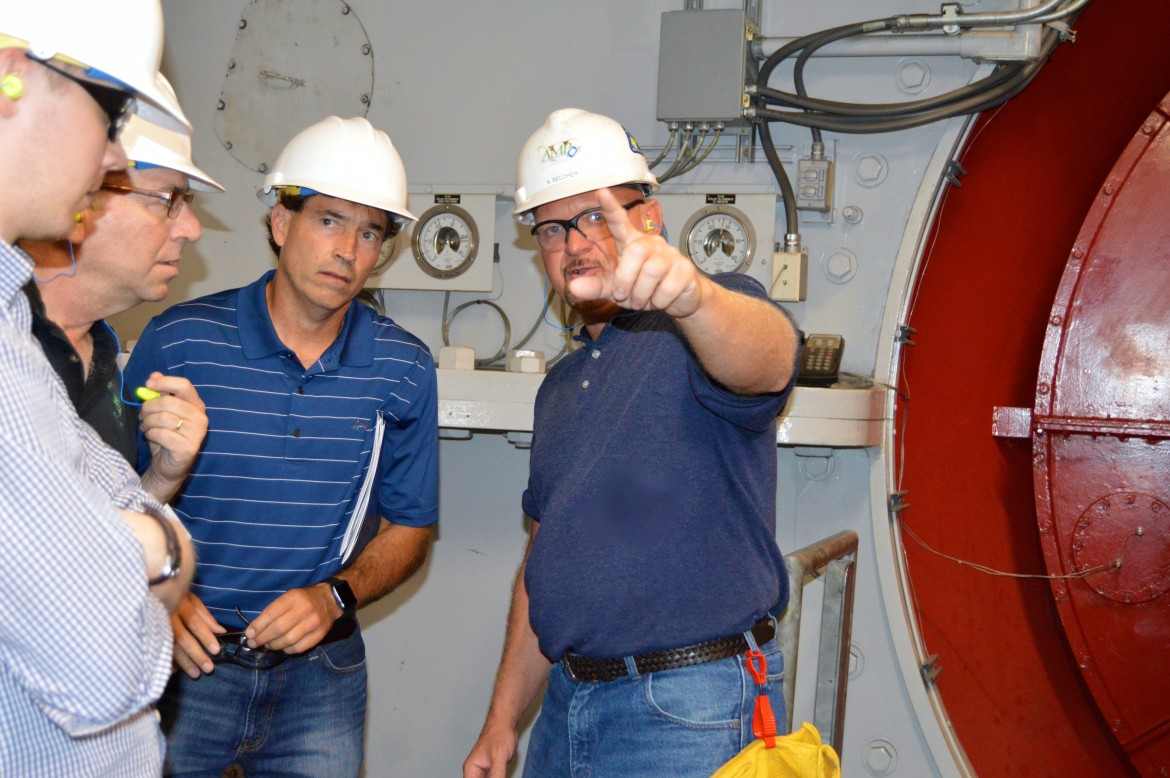 Ohio has three years to submit a plan under federal Clean Power Plan rules issued earlier this month. But action by a state legislative committee next month could shape that plan and how much it will cost.

The U.S. Environmental Protection Agency will let states use both renewable energy and energy efficiency to meet their federal targets for reducing carbon dioxide emissions from power plants. Last year, however, Senate Bill 310 relaxed requirements for what counts and placed a two-year freeze on Ohio’s renewable energy and energy efficiency standards, stopping additional progress on those fronts. Now Ohio’s Energy Mandates Study Committee must decide by September 30 whether to recommend more changes to the state’s clean energy law.

Advocates say that cutbacks or further delays in progress under the clean energy standards will limit the state’s options in meeting the Clean Power Plan and ultimately impose higher costs on Ohio consumers.

State officials on the lawmakers’ committee and in Gov. John Kasich’s administration have expressed opposition to the Clean Power Plan, and Ohio is already in litigation challenging the new federal rules.

Co-chair Sen. Troy Balderson (R-Zanesville) is on record as saying that everything is “still on the table” for the committee to consider. However, he also told the Columbus Dispatch he’d “like to see the standards go down somewhat.”

Some members have also been active in the American Legislative Exchange Council (ALEC), which aims to repeal renewable energy standards. For example, Sen. Bill Seitz (R-Cincinnati) is on ALEC’s board and spoke on “Renewable Energy Mandate Reform” at this year’s annual meeting.

And while Rep. Jack Cera (D-Bellaire) voted against SB 310 and said he thinks “we should move forward” with renewable energy technologies, he has voiced opposition to the Clean Power Plan.

“I have both the Sammis and Cardinal plants in my legislative district and also coal mines in my district,” Cera explained. “The only decent paying jobs in this area are related to the coal industry.”

“I don’t think there’s really a conflict between the Clean Power Plan and jobs,” said Brennan Howell at the Ohio Environmental Council. “You can have both.”

Significantly, said Howell, the Clean Power Plan “doesn’t pit jobs against clean energy.” Rather, it “allows states the flexibility to develop their own plan to take into account their own multiple situations.”

Part of that flexibility includes adding more renewable energy and energy efficiency to a state’s portfolio. As advocates see it, Ohio lawmakers should maintain all the flexibility that strong clean energy standards give the state to comply with the Clean Power Plan.

Similarly, despite opposition to the Clean Power Plan, Ohio EPA director Craig Butler told the Energy Mandates Study Committee earlier this year that the agency would plan to use renewable energy, energy efficiency and other measures allowed by U.S. EPA so the state would comply with the rules.

If all options were not available, the state could have to impose more direct restrictions on coal-fired power plants or pursue other more expensive options. Then there could be greater impacts on businesses and jobs, advocates say. But then, Howell noted, any problems would be “essentially the fault of the state, not the federal government.”

Moreover, states can get federal financial assistance and credits for early investments in renewable energy and energy efficiency projects for low-income communities, noted Samantha Allen at the Sierra Club. Job training and other programs are also available. All those programs could help people in economically depressed areas, such as Cera’s district, Allen said.

Indeed, advocates say the entire state of Ohio stands to save money and reap other benefits from the Clean Power Plan.

Opponents of the Clean Power Plan “say that it’s going to be expensive, but it’s not,” stressed Allen. “We know that it’s actually going to reduce costs for customers because of renewable energy coming online and because of energy efficiency, on top of the health benefits.”

Indeed, an August 13 analysis by the Union of Concerned Scientists showed that Ohio’s clean energy standards could help it achieve more than 75 percent of its 2022 benchmarks under the Clean Power Plan.

Similarly, costs for different types of renewable energy have fallen in recent years. Indeed, the New York Times reported last year that prices for solar and wind energy can be competitive with fossil fuels, even without substantial subsidies.

“Energy efficiency and renewables like wind and solar have already saved homeowners and businesses billions on their energy bills, grown the clean energy economy, and helped hasten the transition to cleaner sources that help protect public health,” said Williams.

A May 2015 report from Environmental Entrepreneurs (E2) showed that 89,000 Ohioans already work in jobs related to clean energy.

“These costs have existed”

In the meantime, advocates say, Ohioans are already bearing a variety of costs linked to fossil fuel energy. “Really, these costs have existed, but now companies responsible for pollution are going to have to be taking responsibility,” noted Howell.

“Carbon pollution fuels all kinds of health-harming weather,” Williams said. Warmer temperatures can increase the incidence of asthma attacks, heat stroke and other serious health problems, for example. “If we really want to address this problem that’s polluting our air and jeopardizing our planet, it’s time to take action,” Williams added.

Ohio is already feeling the effects of climate change, stressed Allen. “Precipitation is not only increasing, but it’s also coming down a lot more and a lot faster in a shorter period of time,” she said, noting that 2015 has broken the state’s previous 1878 record for precipitation.

“That’s hard on agriculture,” Allen continued. “It’s also hard on our cities and water systems.” Urban and suburban areas often experience storm sewer overflows and other problems due to heavy rainfall and other extreme weather.

Williams said the “smartest path would be for policymakers to press the ‘restart button’” on Ohio’s energy efficiency and renewable energy standards.