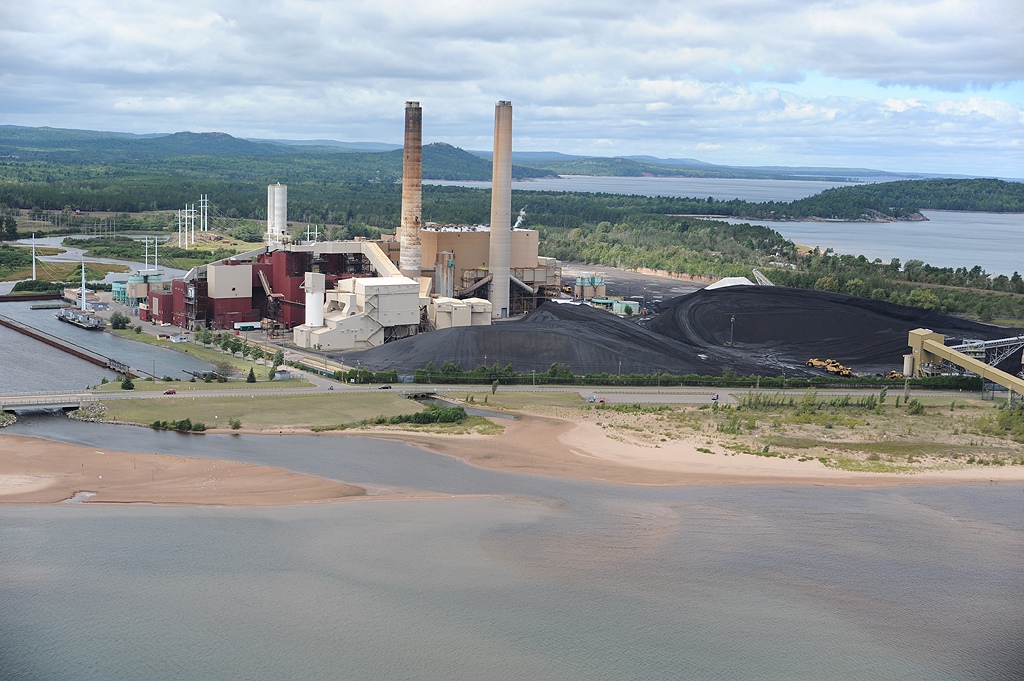 The fate of the Presque Isle Power Plant near Marquette, Mich. could complicate the state's compliance with the Clean Power Plan.

More than half of Michigan’s renewable energy capacity would not count towards its carbon-reduction goals under the federal Clean Power Plan, state officials said today.

Due to the state’s “aggressive” renewable portfolio standard passed by the Legislature in 2008, a majority of the generation installed since then would not receive credit under the plan, Valerie Brader, director of the Michigan Agency for Energy, told reporters today.

“It absolutely is the EPA rule rewarding delay over early action,” Brader said.

Among the comments Michigan submitted to the Environmental Protection Agency to improve the rule, “That is the area we were most disappointed for not taking our input,” she added.

How much specific renewable generation is given credit will depend on the compliance strategy Michigan takes, according to the Michigan Public Service Commission.

Under a mass-based approach, emission reductions will count toward interim and final goals starting after 2012. Under a rate-based approach, Michigan would not receive credit for renewables developed until 2022, though there is a provision in the federal plan for “early action credit for impacted communities” starting in 2020, MPSC spokeswoman Judy Palnau said.

The state hasn’t yet decided whether it will take a mass- or rate-based approach, Palnau said, adding that the amount of renewables that would not be counted is “similarly large” under each scenario.

Brader said today the rate-based approach would mean more than half of the state’s renewables wouldn’t receive credit.

Issued on Aug. 3, the final federal plan requires nationwide carbon emissions from existing power plants to drop by 32 percent below 2005 levels in the next 15 years. It is more stringent than the initial 30 percent proposed, but the final rule gives states two more years to comply with interim goals.

It absolutely is the EPA rule rewarding delay over early action

Among 13 states in the Midwest region, only Minnesota, Michigan and South Dakota have less stringent 2030 emission-reduction goals than were proposed in the draft rule, according to the Midwest Energy Efficiency Alliance.

“Under the proposed rule, Michigan had the lowest carbon intensity of any state in the region, but the most to do,” Brader said. “That has changed.”

Michigan will not challenge rules

Brader and Michigan Department of Environmental Quality Director Dan Wyant announced Tuesday that the state will submit a compliance strategy for the federal rules by Sept. 6, 2016 and not formally challenge the rules in federal court.

The announcement comes after state Attorney General Bill Schuette recently joined other states “in an individual capacity” to challenge the rules, Brader said, addressing a question about the attorney general’s opposition.

Details of Michigan’s State Carbon Implementation Plan will develop over the next year as the state assembles a stakeholder group to determine the most cost-effective compliance strategy.

Wyant said it is too early to tell whether Michigan will pursue carbon trading with other states as part of that.

Benefits of a state plan

Wyant and Brader stressed that a statewide plan will be favorable over following an as-yet unknown federal implementation plan.

“The best way to protect Michigan is to develop a state plan that reflects Michigan’s priorities of adaptability, affordability, reliability and protection of the environment,” Gov. Rick Snyder said in a statement. “We need to seize the opportunity to make Michigan’s energy decisions in Lansing, not leave them in the hands of bureaucrats in Washington, D.C.”

Wyant added that a state plan “can and should provide more certainty and flexibility than a federal plan. It is the best opportunity to provide our own direction and destiny.… Failing to turn in a state carbon implementation plan would be sight unseen, a pig in a poke — we wouldn’t know what we’d get.”

Both environmental groups and conservatives praised Snyder today for taking the lead on developing a state plan.

“Governor Snyder is demonstrating much-needed leadership on clean energy for Michigan, the Midwest and the nation,” said Henry Henderson, Midwest program director for the Natural Resources Defense Council. “Creating a plan to reduce dangerous carbon emissions is a common-sense step other governors interested in protecting their states’ economies and health will surely follow. Given the high stakes for our kids’ future, Governor Snyder is doing the right thing.”

“As Governor Rick Snyder has now shown, conservatives can lead on Clean Energy and provide meaningfully to the discussion,” said Ed Rivet, a political activist and member of MCEF’s leadership council. “Conservatives have ideas and solutions to the energy challenges of today and tomorrow – I’m very happy that Governor Snyder is showing the leadership we need to transition the state towards a clean and renewable energy model which will build our future.”

Michigan could have more difficulty complying with the plan depending on the fate of a coal-fired power plant in the Upper Peninsula.

Wyant said the EPA did not accept the state’s suggestion that the rule address what would happen if a future order by the Federal Energy Regulatory Commission to close the Presque Isle plant was issued — as has been done before — and the state violated the Clean Power Plan as a result of following that order.

Meanwhile, state legislators in both chambers are crafting sweeping energy policies as requirements under Michigan’s renewable and efficiency standards law are set to level off at the end of the year.

“Efforts and discussion occurring in both chambers to talk about the best way to get Michigan decision-making in line with the ability to adjust as things change remains very important,” Brader said. “It was important before the rule came out and is important since.”

Snyder has also announced his own plan for meeting future energy goals, but he hasn’t set forth a specific policy pathway to get there.

In general, Snyder wants to eliminate at least 15 percent of energy waste through efficiency measures and transition from coal to natural gas and renewables.

“Nothing in this (federal) plan makes that look like a bad idea now,” Brader said, adding that the state will seek more details on specific efficiency credits. “We know that in general reducing our emissions should be beneficial.”