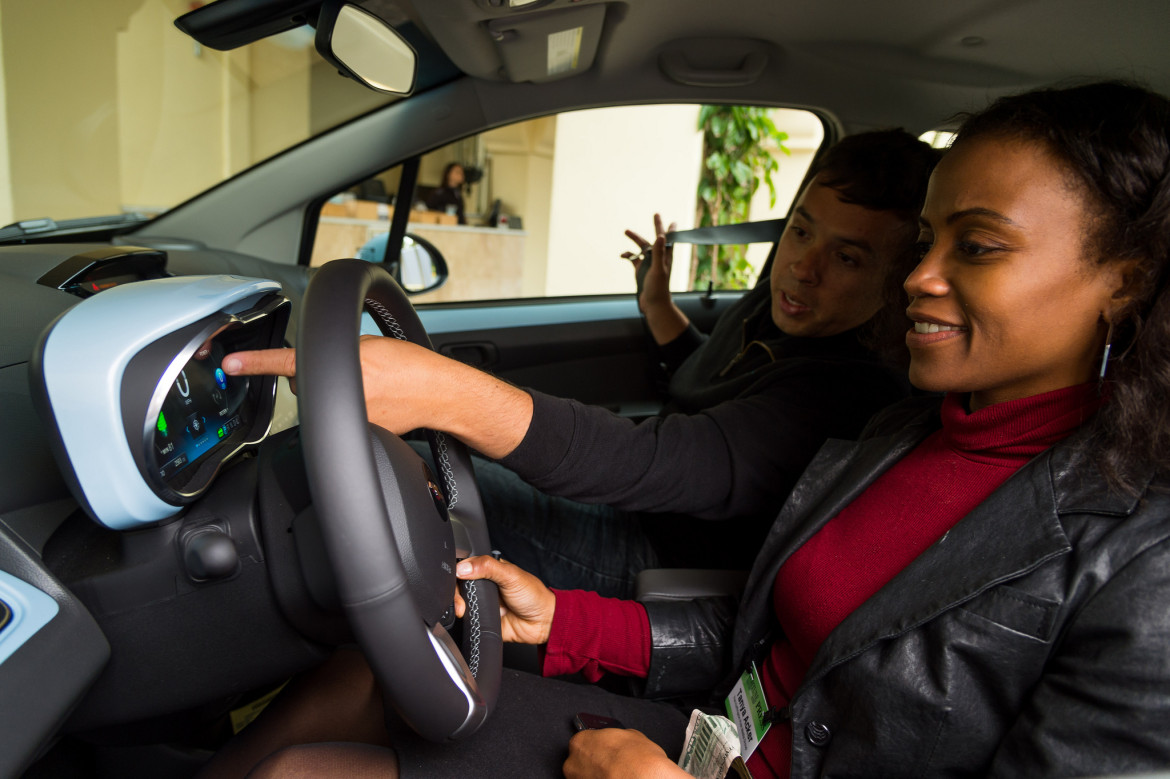 While persistently low gasoline prices may have cooled interest from consumers, a series of events next week aims to recharge interest in electric cars.

Plug-in electric vehicle (PEV) car companies, owners and promoters will be on hand throughout the United States for National Drive Electric Week.

Sponsored nationally by the Sierra Club, the Electric Auto Association and Plug in America, National Electric Drive Week has several events in Midwestern states, including Drive Electric Minnesota’s free ride-and-drive event at the Mall of America in Bloomington, and Drive Electric Ohio‘s rally at Easton Town Center, both Sept. 12.

National Electric Drive Week’s website offers a detailed map of locations and times of the 173 events being held from Sept. 12 to Sept. 20.

Most of the events offer participants a hands-on experience. The Minnesota event, for example, will have on hand cars to drive, owners to speak with information on the state’s charging infrastructure, said Brendan Jordan, vice president the Great Plains Institute, which runs Drive Electric Minnesota.

“The real one to attend is the Mall of America event because we’ll have a ride-and-drive, a display in the rotunda area with information about cars,” he said Jordan. “That’s a chance to get people behind the wheel. They’ll find out they’re fun to drive, and that’s a great selling point.”

Cars available for the drive-and-ride are the Tesla Model S, Nissan Leaf,
Chevrolet Volt and Cadillac ELR. The mall’s rotunda will also have PEVs on display and booths with information.

Other events include a PEV display at a Minnesota Twins game Sept. 16 from 4 p.m. to 7 p.m. in a nearby parking ramp, which has chargers powered by wind from an Xcel Energy renewable energy program. Electric cars and their promoters will also be at the St. Paul Farmers Market Sept. 20th from 8 a.m. to 1 p.m.

The status of electric cars

The number of electric vehicles on the road is expected to surpass one million globally this month. The United States continues to be the global leader, with more than 340,000 PEVs, according to the California Electric Vehicle Collaborative.

Californians own 46 percent of PEVs and represent roughly half of all U.S. electric car sales. Minnesota has more than 3,100 PEVs and utilities have offered special reduced overnight charging rates.

And GRE’s Revolt program allows members to upgrade their overnight charging to wind energy at no additional cost.

Still, the cars can be a tough sell. But more consumers are expressing interest in electric cars and utilities are promoting them to help absorb some of the electricity available on their grids in the nighttime and early morning hours, according to David Ranallo, senior marketing specialist at Great River Energy.

“When our members are charging their vehicles, primarily overnight, it uses electricity when it is abundant and at low cost in the markets we serve,” he said. “It’s a smart use of (electricity) and we can use a lot of wind energy that’s available at that time of day.”

Jordan adds that electric vehicle owners pay the equivalent of 50 cents per gallon “plus you’re eliminating oil changes, a transmission, a timing belt, exhaust and there’s no tail pipe. With PEV it’s a higher upfront cost and lower ongoing maintenance.”

The state has around 200 recharging stations, said Fran Crotty, electric vehicle state program administrator at the Minnesota Pollution Control Agency. Among the agency’s programs is one for workplace charging to encourage more PEV sales.

The sales have moved beyond the early adapter stage and now are poised to go mainstream, especially with the new models that have batteries that can last longer, she said.

“These things take time, but PEVs will continue to increase in use,” she said. Even some unlikely organizations are sponsoring charging stations, such as Goodwill-Easter Seals Minnesota, she added.

The nonprofit has stations at several stores in the Twin Cities region, according to a case study on the MPCA’s website. The stations take around 20 minutes to power a vehicle, enough time for a shopper to check out Goodwill’s merchandise.

Lynn Dahl, the director of store design and property management, told the MPCA that fast chargers offer “a convenience that Goodwill customers appreciate and reflects our shared commitment to doing what is right for our communities and the broader environment.”

Mathew Blackler is among a growing cadre of green PEV entrepreneurs in the Midwest. Located in Minneapolis, he has created a network of 10 DC “fast charging” 480 volt units through his startup company Zef Energy.

Most of his fast chargers are in the Twin Cities, though he added one Pine City and Moose Lake to serve vacation travelers and locals. The units cost $50,000 to purchase and install.

Getting charged isn’t quite the same as getting gassed up. To use the DC chargers a driver must be part of Green Lots, a sort of third-party Visa for PEV owners, he pointed out. Drivers using Level 2 chargers join the ChargePoint network.

While he’s building out a statewide network of charging stations Blackler is quick to confess he’s not getting rich just yet. “It’s going to be hard to make any money over the next couple of years,” Blackler said.

He and other PEV advocates believe 2017 will be a breakout year for because three popular brands will have models capable of 200 miles per charge — the Nissan Leaf, the lower-priced Telsa Model III and the Chevy Bolt.

As a fun way to draw attention to PEVs, he charged up 85 cars over a 24 period in April in order to set a world record. Since no one has ever attempted it, he figures the station in Minneapolis where the event was held will have the record.

“We established the record for now,” he said, noting he’s submitting the event to the Guinness Book of World Records. “It was amazing how many people supported us. It was fun meeting all the owners while I was running the event and having a chance to talk to people about how it’s not hard at all to own an plug-in vehicle anymore in the Twin Cities.”