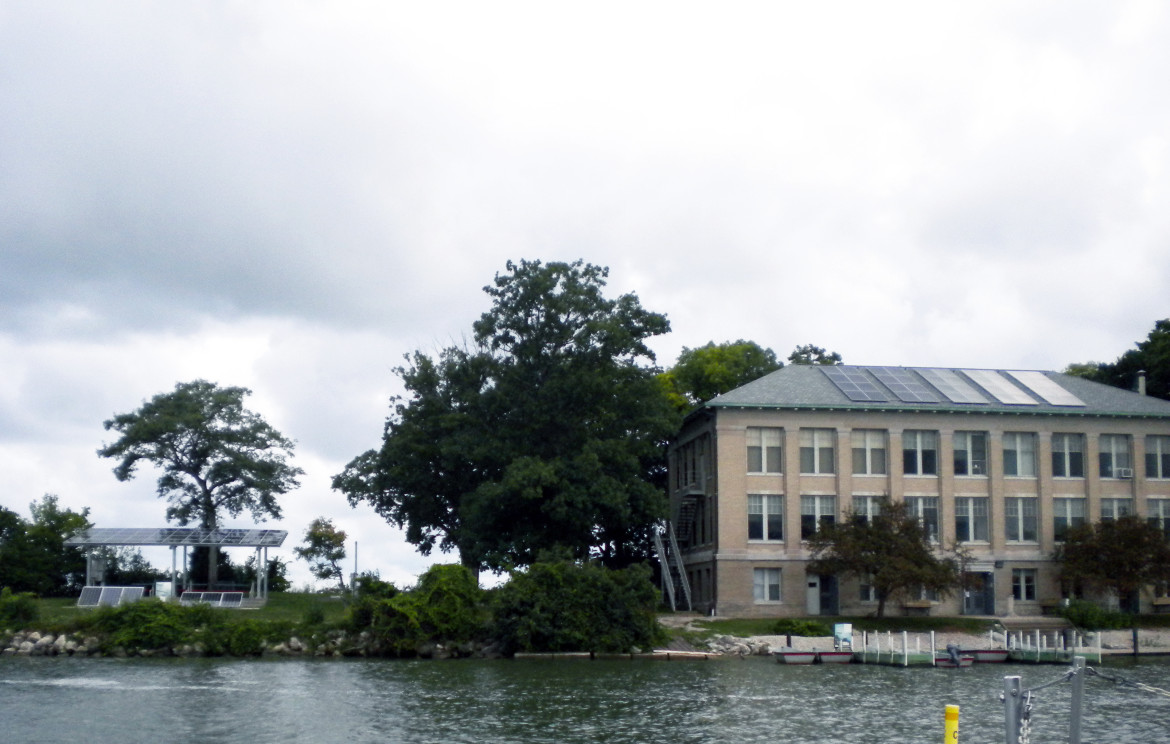 Ohio farmers, businesses and others remain interested in solar energy, despite the impact of a legislative freeze in the state’s renewable portfolio standard.

Ohio added 15 megawatts (MW) of solar energy capacity last year, according to a report released by Environment Ohio on September 3. Ohio ranked 20th among all states and the District of Columbia for capacity installations in 2014.

But, Romich stressed, “does policy impact development? You’d better believe it does.”

“The market conditions aren’t the same as they were even in 2012,” said Romich.

Projects that would have had payback periods of just 6 to 7 years back then may now need 10 to 14 years to recover their investment, Romich noted.

“There are opposing forces of influence in terms of development,” he explained.

On the one hand, SB 310 revised Ohio’s renewable energy and energy efficiency standards and imposed a two-year freeze on the standards’ targets. The law also charged a legislative committee with reviewing the costs and benefits of the standards for the purpose of deciding whether to recommend additional changes in the standards. That Energy Mandates Study Committee is due to submit its report later this month.

Besides freezing the targets, however, the law also effectively froze the market for solar renewable energy credits (SRECs) in Ohio. SRECs are credits that let utilities count solar energy produced by others towards their compliance with renewable energy standards.

While previous contracts generally remain enforceable, the lack of any current obligation to add more solar generation has dampened demand for SRECs. Capacity that was installed before the freeze took effect would also have affected demand, Romich noted.

“Looking at 5-year trends,” the market for SRECs in Ohio is now at “a historical low,” Romich said. Instead of $350 to $400 per credit, the value of SRECs in Ohio is now “well below $100,” he noted. Because payments for credits can help offset costs, the lower value can mean it will take longer to recoup the costs of a system.

On the other hand, Romich said, other market incentives remain—at least for the time being. Those incentives include a federal investment tax credit, as well as the potential for partial grants under the Farm Bill’s Rural Energy for America Program (REAP).

At the same time, Ohio’s electric costs ranked among the most expensive for deregulated states, according to the Office of the Ohio Consumers’ Counsel. And market prices for electricity from coal and natural gas fluctuate.

Current projects don’t have “as quick a payback as what we may have seen a few years ago,” Romich said. But, he stressed, “That doesn’t necessarily mean you don’t do it.”

Especially if panels and inverters have long-term warranties, a farmer or business might well conclude that “with all the complex movements of this market, maybe we move forward,” Romich explained.

“My job is to make sure I present information so you can make an accurate analysis,” Romich said.

A longer payback period “doesn’t necessarily mean you don’t do it.”

That includes making sure customers are aware of potential costs and benefits of installing a system, including possible tax consequences, opportunity costs, and other factors. “There are all these little pieces that go into that financial model that are often overlooked,” Romich noted.

Equipment at the lab on Lake Erie’s Gibraltar Island includes arrays of panels on a shelter pavilion and lab building, as well as two angled ground-level arrays.

Half the 44 panels on the shelter pavilion are of the monocrystalline kind, while the other 22 are polycrystalline. Panels on the lab building use different types of inverters or other equipment. And the angled arrays are set to maximize energy production in the winter and summer, respectively.

Potential investors can access that information online and factor it into decisions about whether to install solar energy equipment and which features will provide the best performance for their energy dollars.

Those potential investors are “real businesses, real people, trying to make decisions,” Romich stressed. And although most solar energy systems in Ohio tend to be fairly small, the investments can be substantial for the people who are making them.

“If you talk about a farmer or small business that’s going to be investing $100,000, $200,000 or more on a system, they need some information to make that decision on,” Romich said.

Yet if factors in the financial analysis remain subject to change, people who make such decisions could find themselves facing different circumstances. Moreover, advocates say, continued uncertainty could dissuade additional investments that might otherwise have come to Ohio.

For these and other reasons, Ohio’s Energy Future Tour issued a final report this month, urging lawmakers to “reinstate meaningful and required renewable portfolio and energy efficiency standards” and increase distributed generation and net metering opportunities.

Under current Ohio law, net metering requires utilities to credit solar energy producers and other generators for the full retail value of any excess electricity they may provide to the grid.

Net metering customers already pay separately for distribution, and advocates note that distributed generation actually provides more value than any incidental costs utilities might have for taking and reselling electricity they did not have to transport throughout the region.

Critics such as the American Legislative Exchange Council (ALEC) have argued that net metering policies are “doubly regressive” because the technology is generally used by people with higher incomes.

However, Romich said he would not characterize those who invest in solar energy “as any one subgroup.”

Many who contact him are in agriculture, for example, perhaps because of the availability of REAP grants. “They’re looking at how [to] invest in something that may help carry the farm through rougher times,” Romich said.