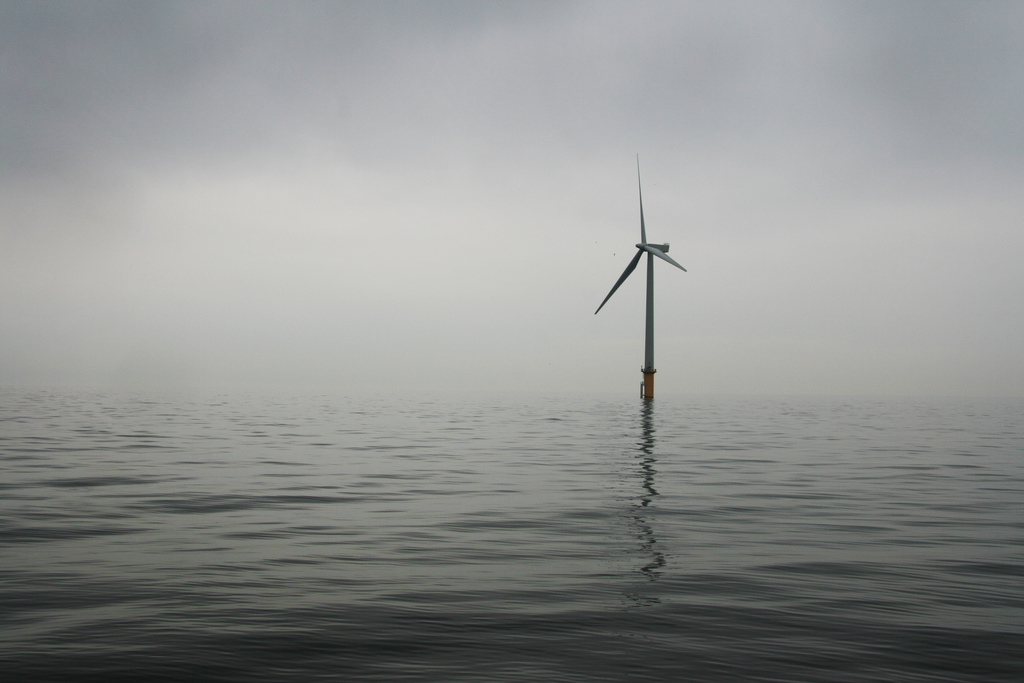 Editor’s note: This story has been updated to reflect the researcher’s views on the quality of previously existing wind-mapping resources.

University researchers say they have created a new detailed and accurate resource for mapping offshore wind potential in the Great Lakes, filling a void in what may still be a long process toward development.

The new “Great Lakes Wind Atlas” — developed by researchers at Cornell University and the Technical University of Denmark — claims to be the “first fully observational wind atlas” for the 150,000 square-mile region touching eight states and two Canadian provinces.

While offshore wind development in the Great Lakes has yet to move into commercial development, the researchers say it will be a vital tool in a field where “accurate wind data lives in a disjointed and disjunctive world.”

Paula Doubrawa Moreira, a Cornell doctoral candidate in engineering and lead author of the study to be published in the October edition of the journal Remote Sensing of Environment, said the atlas compiles an 11-year record of data from various sources by combining satellite-based wind speeds with point sources like buoys.

“We’ve been able to present the atlas at fine spatial accuracy,” she said in an email, adding that it will be reliable for potential project siting in the Great Lakes.

“There is no one data source that can accurately represent the wind conditions offshore,” Doubrawa Moreira said. “It is necessary to draw information from distinct data sources and combine them in a way that considers the strengths and weaknesses of each data set.”

Such measurements are available throughout the world, she added, “but they are not taken advantage of fully. Our work seeks to draw attention to the potential in these data sets, as well as to provide academia and industry with the tools they need to start taking advantage of these observational resources.”

Specifically, the researchers made the atlas using information gathered at weather stations, buoys, a NASA satellite that collects wind information over water and other satellites with synthetic aperture radar, or SAR.

It found strong potential in the north-central area of Lake Michigan and along the southern coast of Lake Superior.

Developing offshore wind in the Great Lakes has until now been a challenge for developers due to costs, a lack of infrastructure and public perception.

The only project in development — an 18-megawatt pilot seven miles off the coast of Lake Erie near Cleveland — is moving forward despite losing out on millions in federal grants to projects on the east coast.

“The fundamentals of the project are as strong, if not stronger,” the head of the Lake Erie project told Midwest Energy News last year.

Stanley “Skip” Pruss, co-founder of the Lansing, Michigan-based consulting firm 5 Lakes Energy, said the wind atlas is promising news that can help develop Great Lakes wind — not if, but when.

“There is very economic onshore wind energy in Michigan in largely the entire central Lower Peninsula,” Pruss said in terms of development. “On offshore wind, we have nothing.”

The Michigan Alternative and Renewable Energy Center in West Michigan launched an offshore wind assessment project in 2011 that included a buoy that collected wind speeds at multiple altitudes nearly seven miles off the Lake Michigan coast. It was removed in 2013.

Going forward, the data from the wind atlas “will be tremendously useful,” Pruss said.

“Offshore wind in the Great Lakes is going to be a function of economics, with the biggest challenge being the visual aesthetics,” Pruss said, referring to strong public backlash in some parts of the state when developers proposed a major project in 2009 that never got off the ground.

The Offshore Wind Council identified five areas in the Great Lakes that could be suitable for offshore wind development, Pruss said, including an area in the middle of Lake Michigan that’s “really quite shallow” and that could avoid the aesthetics issue because it’s far enough out from the coast.

“It’s clear there were some communities more amenable to wind development off their coastlines than others,” Pruss said. “What really has to be done once the economics work is public engagement and public education. Without engagement first and public education, siting anything in the Great Lakes is going to be very, very difficult. I think you can win the hearts and minds if you do it early and do it a lot.”

“This new tool is definitely something that will be very, very useful.”

With a push for more wind development — onshore and offshore — during the Granholm administration, those efforts “fell apart” after Republican Gov. Rick Snyder was elected in 2010, with all of the commercial development onshore, particularly in Michigan’s Thumb region.

Additionally, onshore wind has been far more economical in Michigan than offshore, Pruss said. But with greater efforts devoted to mitigating climate change and decarbonizing the U.S. energy supply, Pruss said it may be 10 years before offshore wind development is considered a viable alternative in the Great Lakes.

Before that, the region will need to build the port infrastructure to deploy and service turbines, develop transmission systems and do a full assessment of wildlife risks and mapping the contours of likely places to build, Pruss said.

“This new tool is definitely something that will be very, very useful,” Pruss said. “I don’t want to sound overly pessimistic. I believe offshore wind in the Great Lakes is inevitable.”