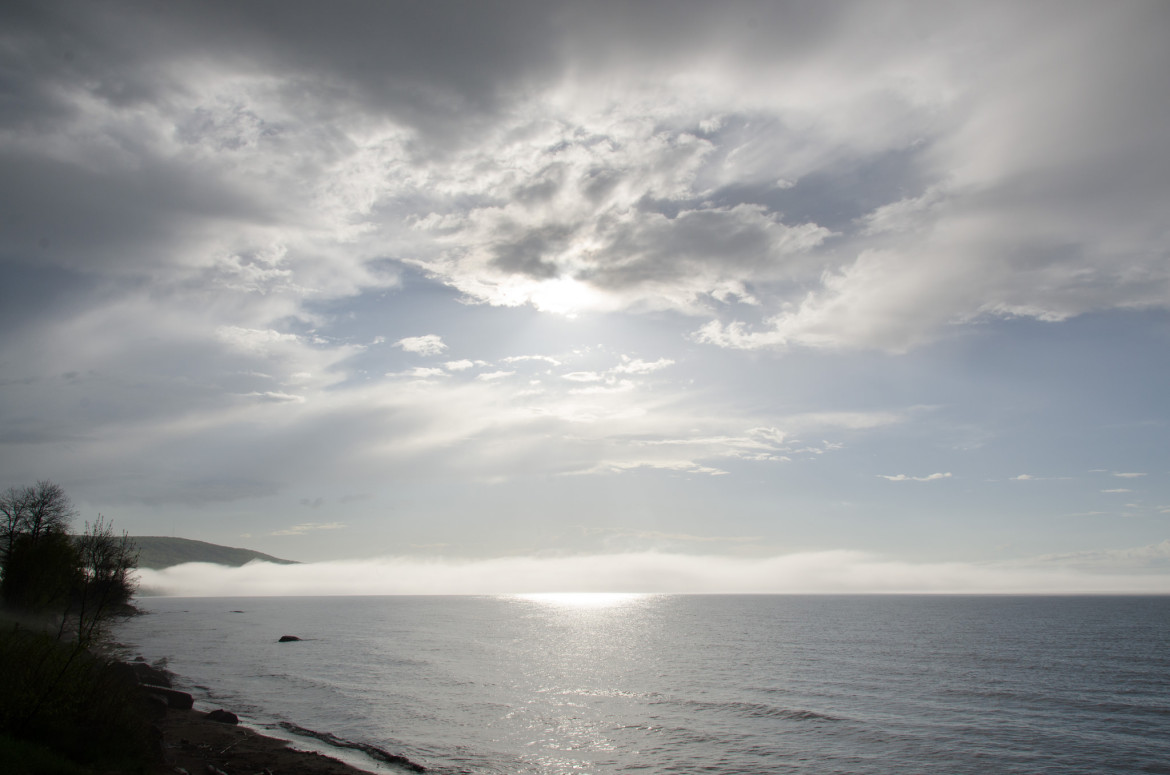 The shoreline off Ontonagon County, Michigan.

As major investor-owned utilities push the Michigan Legislature to dismantle the state’s solar net-metering program, the state’s smallest electric cooperative is taking action on its own with a similar policy effective Oct. 1.

Roughly 20 net-metering members of the Upper Peninsula’s Ontonagon County Rural Electrification Association were notified last month that the co-op would no longer purchase their excess electricity at retail prices.

Instead, the member-owned co-op will purchase excess electricity from its net-metering customers at wholesale rates “minus line loss” — a difference of nearly 10 cents per kilowatt hour (kWh).

Meanwhile, the co-op’s leaders were not able to provide exact figures to justify the change, saying they are still studying the issue.

Solar advocates have warned during recent hearings in Lansing that a similar proposed policy for the entire state — backed by major utilities DTE Energy and Consumers Energy — would discourage self-generation by making the economics unworkable.

Ontonagon REA members — some of whom are “furious” about the change — are a tiny fraction of the total number of state net metering customers, but they are the first test case of what the new net metering policy would look like.

“Other than the super-wealthy, no one is going to put solar in.”

“To get that letter (from Ontonagon REA) about two weeks ago was just devastating,” said Dustin Thomas, a self-employed Hancock, Michigan resident who installed a 9 kilowatt (kW) system on his property about four years ago. “Putting me on a wholesale rate is ludicrous. Wholesalers make a profit, they are on a different scheme. I can’t compete with that. It makes my payback ridiculously long. Other than the super-wealthy, no one is going to put solar in. It doesn’t make sense.”

As a member-owned co-op, Ontonagon REA is not subject to oversight from the Michigan Public Service Commission. The co-op has fewer than 5,000 members around the Keweenaw Peninsula of the U.P. who pay some of the highest electricity rates in the country.

According to the MPSC, the co-op had 17 net metering customers generating a total of 61 kW of nameplate capacity last year, which had met the utility’s cap. The net metering program is only open to customers with a capacity of 20 kW or less.

The co-op’s board of directors approved the net metering changes in July, according to an Aug. 28 letter from co-op CEO Deborah Miles.

Under the plan, the co-op would lift the existing cap on the amount of excess electricity it buys back from net metering customers. The cap is at 1 percent of the co-op’s entire capacity, or just over 56 kW as of last year.

Along with lifting the cap, the co-op would buy back excess generation from customers at the average wholesale rate minus line loss, or just over 8 cents per kWh.

According to co-op officials, existing customers would not be grandfathered in.

When he installed his system, Thomas was looking at a 15-year payback period. He said he’s “too frustrated to check the calculator again,” but it could be over 30 years.

“I’ve just had the carpet ripped out from underneath me,” Thomas said. “It’s like someone came to my house and smashed half of my solar system.”

“We don’t want [solar] to be paid for by other members who don’t want to monkey with it.”

Calvin Koski, president of the Ontonagon REA board, said the co-op is in the process of fully understanding the true costs to other co-op members, but in the meantime is moving toward this system because “we want to be fair to everybody.”

“We do like the thought of solar for being clean and renewable, but we don’t want it to be paid for by other members who don’t want to monkey with it,” Koski said.

Koski claimed some net-metering customers are “making money” off other members under the current system. Similarly, major utilities claim all other ratepayers subsidize self-generators who don’t pay the full cost to use the grid. Clean energy advocates counter that those assessments fail to account for the full value of solar power to the grid.

“We’d like (net metering customers) to keep their units proportionate to their use, not making 10 times more than that and selling it at profit,” Koski said.

Thomas, 43, said his system generates just enough power for him to break even or offset his bill since he’s installed it.

“I’d have to generate twice as much electricity to be able to offset the bill,” he said. “It’s not like I’m here collecting the bucks. That’s not the point. That’s what the whole setup nationwide is all about — it’s not to give people a chance to cheat the system. It’s helping the whole system in its entirety to make it better.”

Chris Green, a senior engineer at Michigan Technological University’s Keweenaw Research Center, said the facility’s 10 kW solar array is a working demonstration of how systems in that region could work.

The facility is an Ontonagon REA member, but the system doesn’t generate enough power to meet the facility’s baseload needs. Technically, the change would not affect the center.

“We just believe it is fundamentally wrong to be making such a drastic change to the net metering agreement, especially for the early adopters,” Green said. “That’s going to be devastating to some of the investors up here. They really screwed that customer.”

Green said an underlying issue is in the nature of the co-op structure, and he criticizes the board for not fully engaging all of its membership before making the change.

“We’re a member-regulated co-op, but we are not being controlled by the members,” he said.

“The utilities need to put their numbers out on the table.”

Additionally, “one of the battles” going on is “apathy of members.” The research center plans on assembling groups to consider the issue as a whole.

“The utilities need to put their numbers out on the table,” he said. “I agree with the argument that any renewable system should not be subsidized. I also believe (net metering customers) should be given a fair price.”

Koski said the co-op isn’t sure how much net-metering customers cost other members, but he believes it’s “quite small.”

“It’s a small drop in the bucket, but I can see the potential to build fast,” he said.

Indeed, the tension in the whole net metering debate as rooftop solar becomes cheaper is whether customers should be incentivized to generate their own clean energy and to what extent that growth disrupts the traditional utility business model.

Options utilities are considering that have generated strong opposition include changing the rates at which it buys excess electricity from customers, or attaching a monthly fixed fee on customers with solar panels.

Last month in Iowa, a rural co-op withdrew its plan for an additional $57.50 monthly fee on customers with solar panels due to customer backlash.

Koski said the board is still evaluating the program as part of a comprehensive rate study and more changes could come after Oct. 1.

“I would not discourage people from installing solar,” Koski said. “I don’t think anyone on the board would want that. We just don’t want to buy it back at retail when they have it to sell to us — we’d want it at wholesale when we need it.”

But like other solar advocates, Thomas sees it as a setback and a contradiction of Michigan’s 2008 renewable energy law meant to incentivize more clean energy.

“Whatever pace we were picking up, they’ve put it in reverse,” Thomas said. “Now I just feel cheated.”