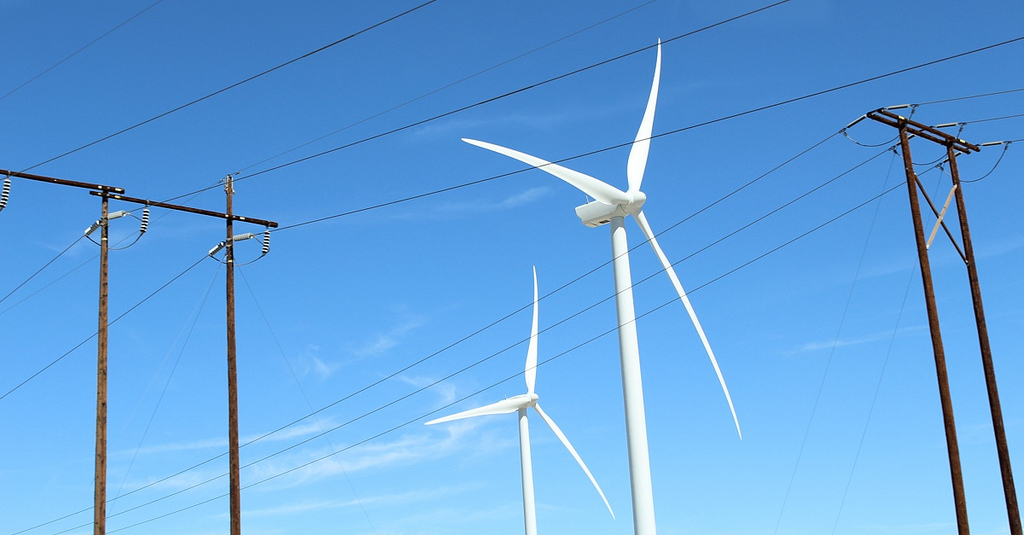 Earlier this month, Invenergy founder, president and CEO Michael Polsky made a $1 million contribution to the World Resources Institute to “fund projects that increase access to clean, affordable and reliable power,” as the institute put it.

The contribution created a Chair for Renewable Energy at the institute, a Washington D.C.-based global non-profit organization that promotes sustainable policy and investment focusing on climate, food, energy, forests, water and sustainable cities.

The chair is filled by Letha Tawney, also director of utility innovation at WRI. The funds and the new chair position are meant to further Tawney’s work with utilities, corporations and developers of large-scale renewable energy projects, “to spur new business models, market practices and policies that expand clean energy at least cost,” as the institute says.

Among other things, the institute helps companies that have sustainable energy goals figure out how to acquire the clean energy they need to achieve those targets. Forty-three companies are signed on to the institute’s Corporate Renewable Energy Buyers’ Principles, committing to buy a total of 30 million MWh of renewable energy to meet their goals for 2020. The signatories include DuPont, Yahoo, Genentech, IBM, 3M, Facebook, General Motors, Mars and other major corporations.

“There’s never been more demand to scale up renewable energy,” said a statement from Polsky, who has declined to do interviews. “As the electricity markets of the future take shape, I hope that this gift will help WRI deliver access to clean energy for everyone.”

Invenergy is a Chicago-based developer, owner and operator of clean energy projects including wind, solar, energy storage and cogeneration installations in North America and Europe.

Tawney talked with Midwest Energy News about the implications of the contribution and the challenges that lie ahead.

Midwest Energy News: What is Michael Polsky’s $1 million gift making possible? How does it further the work that WRI was already doing?

Tawney: It deepens our investment in the U.S., particularly with helping large buyers get access to the renewable energy and clean energy sources they want. The gift – over five years – gives us certainty that lets us build the depth in the states and with the partners, lets us stay focused for the longer term. It’s very powerful in that regard.

One of first states we engaged in was Oregon, with investor-owned utilities and large buyers. The process has been going on for two years, and it probably will last another year before we get to commercial transactions that achieve what the buyers, utilities and the sellers are hoping for. That kind of time horizon is realistic when you’re dealing with regulatory issues but requires some continuity of funding to really invest and see it through to the end.

What have you been working on in the Midwest?

We have engaged the Minnesota Public Utilities Commission, which hosted me in July to answer some of their questions about green tariffs and large buyers’ strategies around clean energy. The buyers have a substantial footprint across the Midwest, we are always interested in engaging with more utilities in that part of the country.

What does your new role as Chair for Renewable Energy entail?

I drive the strategy for our electricity initiative, Charge, in the U.S., and I’m a resource and coordination point in the institute for folks who want to work on renewable energy issues more broadly.

What motivated Michael Polsky to make this gift?

Where there are a lot of renewables, the case for renewables is very strong. They continue to be, in lots of parts of the country, a least-cost resource. The challenge is how to move from affordability to accessibility. The gift recognizes that our strategy addresses the need to create better access to renewables as an affordable option – particularly large-scale renewables.

So getting large-scale wind and solar actually built is the challenge, and companies or utilities will buy the energy once they’re built?

‘In the market … it is very difficult to connect the buyers and sellers.’

You have buyers, you have sellers, but in the market — particularly in states where there isn’t retail choice for electricity — it is very difficult to connect the buyers and sellers. Renewables are an affordable option, there are people who want to sell them, and companies that want to buy them [but they can’t connect.]

What makes our work unique is thinking about how to [connect buyers and sellers] in a way that benefits utilities, the larger electricity system and other ratepayers, in anticipation of the transition that is coming in the electric sector to decarbonize.

What does that connection actually mean; what does WRI do to bring the parties together?

We bring several large buyers [of energy] together with their traditional utility and craft together how the utility could go out and find renewable energy resources and provide them to those buyers in a way that’s cost-effective, that benefits the larger system, that brings new renewables on-line, and helps us all down the path toward decarbonizing in an affordable way.

The key to this throughout is keeping cost to a minimum. WRI plays a broker role in helping those conversations happen. We don’t do it alone, we work with the World Wildlife Fund (WWF) very closely, WWF and WRI bring the buyers together, then WRI has detailed conversations with the utilities.

And you focus only on regulated states, right? And you work with the Edison Electric Institute?

Yes, WRI’s work focuses on traditional, regulated states where retail choice is limited. WWF works closely with Edison Electric Institute on models from those states that could be replicated by other utilities.

We also have a third partner, the Rocky Mountain Institute’s Business Renewables Center, that focuses on how to help buyers in deregulated states. Finally, Business for Social Responsibility works with the tech sector on their specific issues.

We’re all working with the same large buyers under the Corporate Renewables Partnership umbrella so that we’re coordinated and it’s easy for them.

What are some of the keys to “spur new business models, market practices and policies,” as the institute promises?

Utilities are very good at offering RECs-only (Renewable Energy Certificates) products. We’re talking about moving to bundled energy and RECs. The fixed-price nature of renewable energy brings so much value to companies’ bottom line, they really want to move to a bundled product. The conversations we have with buyers and utilities are centered around bundled products.

Many of the companies really want to see new renewables come into the system – they want to green the system, they know we’re not reducing pollution fast enough, so they want to see additionality, that they’ve had a hand in something new. The Buyers’ Principles articulate that – we want affordability, additionality – and we want to partner with utilities.

You are focused on a collaborative approach between utilities, regulators, entrepreneurs and customers to develop a lower-carbon energy economy. But given the sometimes competing interests of these parties, how do you foster that collaboration?

That’s why working as a group of customers and having WRI work as an honest broker is really crucial. Sometimes those conversations have broken down. But we can sometimes bring the buyers and utilities together to think about how there could be more value in a product than they have previously been able to uncover in their one-on-one conversations, and then can create an opening for [large-scale] renewables that can spur the supply chain for renewables more generally.

How do you open that sluice gate so that can happen? You do it by finding a way for the utility to bring value to the table, alongside the renewable energy provider.

How do you see the future of our energy landscape in terms of the increasing shift to distributed generation and the so-called utility death spiral? Would that complicate what you’re doing?

Utilities are well-positioned to cope with the current round of Clean Power Plan requirements, but I think the signal that decarbonization has to be done – we know we need to decarbonize the power sector to reduce greenhouse gas pollution – everybody is interested in doing that in a predictable, structured, affordable way.

‘I don’t want to see utilities leaving their customers stranded – that’s not going to help us decarbonize cheaply.’

Our work is explicitly around making that evolution happen, instead of a really chaotic transition. I don’t want to see utilities leaving their customers stranded – that’s not going to help us decarbonize cheaply.

The utilities that are looking forward and getting on their front foot and being ready are going to serve their ratepayers and local economies well, and we want to help that happen. Part of that is getting lots of affordable renewables in the system in as low-cost and orderly a way as we can. Large buyers can be really helpful in doing that, in driving renewables at least-cost.

That trend is only going to increase. We announced nine more signatories to the Buyers Principles this week. We know already there is at least 30 million MWh of demand for renewables by 2020 among the current signatories, and that will increase. As affordability of renewables expands, demand from corporate buyers will only continue to increase.

Can you talk about any tools – like third-party financing, green tariffs, and RECs – that are helpful or crucial in spurring renewable energy development? And how can contributions like Michael Polsky’s gift further the goal of low-carbon energy? How can such donations best be targeted?

The Corporate Renewable Partnership is very groundbreaking in making it simpler for large corporate buyers to affordably access renewables. We’re very open to anyone who has an idea on how to sell renewables to these buyers, we’re very interested in inventing a new least-cost approach.

How would you sum up your project’s outlook for the near future?

The companies that have joined the Buyers’ Principles see the need to reduce pollution quickly. They also see the benefits renewable energy can deliver to their bottom line. Those two intersecting drivers mean this trend will continue to accelerate and I’m hopeful that there are utilities out there who want to facilitate it and be a part of the change.

I think together they can be a central, stabilizing piece of the transition unfolding in the electricity sector.