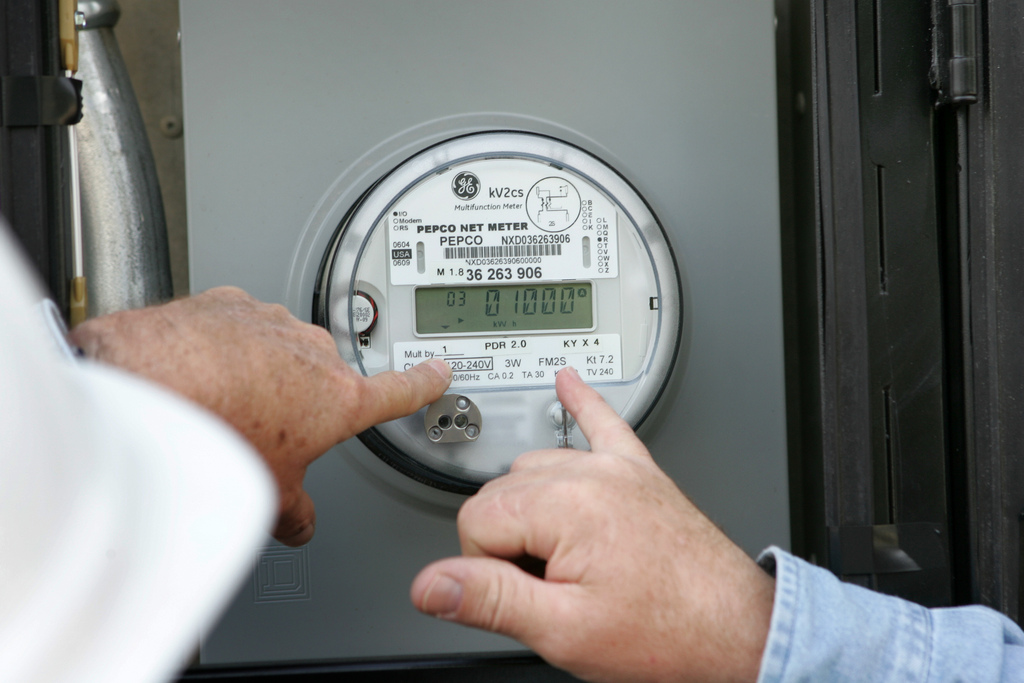 After a variety of stakeholders — from utilities to environmental groups — spent the past year and a half trying unsuccessfully to reach consensus in Michigan over the value of solar energy, some Republican lawmakers are looking to end that debate themselves.

In December 2013, the Michigan Public Service Commission directed its staff to convene a Solar Working Group among dozens of energy policy stakeholders to, among other aspects, figure out a statewide value of solar for net metering customers.

When commission staff issued their report on July 1, 2014, there was no consensus within the group (which involved 76 people over four months) over that value, or how net metering programs should be structured going forward.

Roughly a year later, Senate Republicans, who hold a supermajority in the upper chamber, have taken it into their own hands to effectively settle that debate with the net metering provisions in SB 438.

“Since we’re opening energy policy, we said, ‘OK, let’s try to resolve it. Let’s get it done,’” said state Sen. Mike Nofs, chairman of the Senate Energy and Technology Committee.

The resulting proposal — which values solar generation closer to wholesale rates than retail — is not a middle ground among the stakeholders, but rather a decided agreement with utilities, solar advocates say.

And while one major investor-owned utility says the process should be settled by the legislature anyway, MPSC staff saw it playing out differently.

“Staff concludes that any (value of solar) calculation for a rate-regulated Michigan utility would likely be determined as part of a Commission case proceeding,” staff wrote in the 2014 Solar Working Group report.

David Harwood, DTE Energy’s director of renewable energy, said SB 438 “sets the value of solar where it should be” by accounting for saved fuel costs and new capacity that would keep the utility from having to buy it on the market.

“The right place to do this is with legislation,” Harwood said. “I challenge the view that the legislature is stepping in to solve it only in the sense that everything the MPSC does is under the direction of legislation.”

But some solar advocates who fundamentally disagree with the utilities’ valuation of solar are at least asking lawmakers to slow down and let the process play out through the MPSC, as it has been until now. States across the country are struggling with the same issue, they say.

“We don’t think there’s been enough fair evaluation or research about the supposed ‘subsidies’ that are placed on those net metering customers,” Sarah Mullkoff, the Michigan Environmental Council’s energy program director, said on a taping of a public radio show this month.

In addition to Senate Republicans’ net metering proposal, a bipartisan team of House lawmakers has introduced legislation that would expand net metering and create market-based values for energy generated, potentially muddying the issue politically. While similar legislation introduced last year never made it out of committee, the Senate has spent the past several weeks taking testimony on its proposal.

At the heart of the issue is whether other ratepayers are subsidizing utilities’ self-generating solar customers by avoiding costs for using the grid.

In its 2014 report, the MPSC said this should be studied further:

“The topic of net metering programs impacting non-participating customers has been discussed in other states recently. Many of these states have commissioned solar valuation studies to assess the impact of solar programs on non-participating customers. Without a similar study focused on Michigan’s specific utility rates, avoided costs and solar generation profiles, it is not possible to know the extent of a net metering subsidy.”

While utilities say it is an issue of fairness — solar customers on average avoid about two-thirds of costs on their bills, they say — neither Consumers Energy nor DTE can say how much the current subsidy is per month for the average non-solar customer.

Solar advocates argue that it is much smaller than utilities claim, or in some cases that net metering customers provide a net benefit to the grid.

“If you unpack it and look at the value of solar, I’d say current retail rates are rough justice,” said Douglas Jester, principal with Lansing-based 5 Lakes Energy and a participant in the MPSC’s Solar Working Group. “It’s become pretty close to being without a subsidy.

‘The numbers we’re paying people for solar now do not represent a significant cross-subsidy.’

“We’re underpaying solar on the power supply side. On the other hand, it’s true that people with solar using the grid to balance out their needs are making use of the grid. The two effects basically wash out. The numbers we’re paying people for solar now do not represent a significant cross-subsidy because those two factors tend to cancel each other out.”

Nofs and utilities say at this point the change is a principled stance against subsidies, agreeing that it is likely small when spread across the customer base.

“In our response to the MPSC, we said that we appreciate all the time and thinking that went in here, but at this point in the stage of solar development, we believe the policy should be a little fairer and not have incentives in it,” Popa said.

Moreover, deciding the issue through the legislature means “the MPSC’s role isn’t really to debate it but make sure utilities implement it as written,” she said.

Clearly, getting a diverse group of stakeholders to agree on the true solar value or cross-subsidization has been arduous.

“It certainly at this point is a fairly confused situation,” Jester said. “What everybody is struggling with is that utilities want to hold a view that generation by others — whether it’s solar on rooftops or cogeneration at industrial plants — only brings value to the extent that it displaces fuel or the operating costs of power plants.

“Because of the transition we’re going through with both power supply and the grid, figuring out what is the real value and how to credit it without overpaying for it is an unsettled topic,” Jester added. “The legislature is trying to deal with it and they can’t reasonably expect to have a deep understanding of the issue — they don’t have time.

“It’s still a work in progress in front of the commission. There are activities going on in various places and none seem to be reflecting what the other is doing.”

Similarly, MPSC staff have not found consensus on finding a value of solar for Consumers’ pilot community solar program or in standby rates, which are cost-of-service based and are intended to recover the utility’s costs for providing backup services when a distributed generator is not at full capacity. These largely apply to combined heat and power projects, but also for on-site solar.

MPSC staff have recommended yet another working group to find fair standby rates, according to MPSC staff testimony from a current rate case. The Solar Working Group, with a narrower focus on just the value of capacity in calculating a value of solar, is expected to release another report this week.

There are also differing opinions on the urgency at which the net metering and value of solar debate should be settled. Some argue it should be done before federal tax credits end. Utilities say rooftop solar is on the verge of a breakthrough as costs continue to decline.

‘This needs to get fixed so people are making an educated choice of solar.’

“We want to solve this cross-subsidization thing before it gets way too big and puts a significant burden on low-income customers,” Harwood said, adding that SB 438 expands the net metering cap on who can participate 10-fold, though paybacks are at a much lower rate. “This needs to get fixed so people are making an educated choice.”

Nofs said since the Legislature is taking up sweeping energy policy anyway, it might as well settle the net metering dispute while they’re at it.

“The rush is we’d like to have these bills on the governor’s desk by the end of the year,” he said. “Next year is an election year, which is not a good time.”

Later this week, Michigan’s smallest electric cooperative — after having reached its net metering capacity cap last year — will move to a system that largely mirrors what SB 438 has proposed statewide. That proposal has generated strong backlash from current and would-be solar generators in the Upper Peninsula.

Jester, of 5 Lakes, disagrees that there needs to be a rush to finalize a plan statewide. Right now, the amount of solar overall is “very small,” he said, and far below the current cap.

“Within a couple of years, it’ll generally be the case when people can own solar with an ordinary rate of return for less than the price of power,” he said. “I’m sure (utilities) are anticipating that when we hit the cap, there’s going to be significant customer pressure to raise the (net metering) cap.”