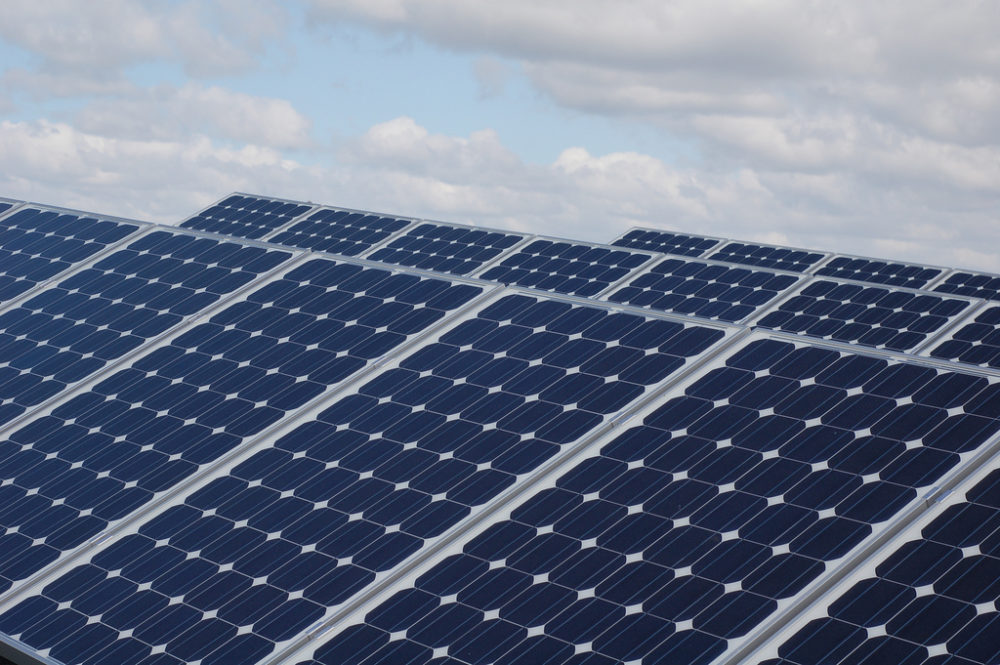 Warren Leon is executive director of the Clean Energy States Alliance, a national, nonprofit coalition of public agencies and organizations working together to advance clean energy.

Among other things, CESA tracks developments with Renewable Portfolio Standards (RPS’s) around the country and also works with state and federal leaders on making clean energy more affordable and accessible.

Leon talked with Midwest Energy News about trends and developments as states deal with the evolving electricity distribution landscape and the Clean Power Plan (edited for length and clarity).

Midwest Energy News: How would you describe the state of RPS’s in the Midwest currently? Do you see RPS’s in the future being reinstated or strengthened in states where they have been attacked?

Leon: It’s hard to tell where things are going with RPS’s in the Midwest. There’s considerable uncertainty.

The Ohio RPS has been put on hold for two years, but we don’t yet know what will happen after those two years. There’s uncertainty around Illinois legislation that covers the state’s RPS, but also other topics such as the role of nuclear power. It’s hard to know where all that will end up. In Michigan the RPS is reaching its final target which was set for 2015; at the moment it doesn’t look likely that the RPS will be extended but there’s clearly support in that state for continuing to support and advance clean energy using some sort of policy mechanism.

The Clean Power Plan gives states some strong reasons to either maintain or strengthen their RPS. What we have is some individual data points, none of which make up a big trend yet. We’re going to look back on all of this a year from now and have a better sense of where things are going, but now it’s hard to decipher a clear general trend.

How will the Clean Power Plan affect RPS’s in the Midwest?

In December or January we will be putting out a report about the implications for RPS’s of the Clean Power Plan.

Do you think there will be much cooperation between states in complying with the Clean Power Plan?

I do. If states are wise, there will be a lot of cooperation because it’s to their advantage to work together. That has the potential of reducing the cost of compliance. That’s a pretty strong incentive for working together.

Though utility attacks on solar have gotten a lot of attention, you’ve said – and studies show – that they mostly have not been successful. Do you think utilities will back off these attacks any time soon, or keep pushing against distributed solar?

There’s going to continue to be a lot of discussion and debate over solar policies and solar incentives, and utilities are going to have a lot to say on that topic. It’s not going to be resolved quickly for two reasons: the public is really interested in having a lot more solar out there and as the amount of distributed solar increases it poses a threat to utility profits.

It should be possible to come up with policies that both lead to lots of solar and preserve utilities’ viability. We should keep in mind that the current market penetration of solar in the Midwest is quite small. Because of that, solar has very little current impact on either electricity profits or consumers’ electricity rates. That means that there is time to figure out the best long-term plan for incentivizing and paying for solar.

It is important to take utilities’ concerns into consideration, but it is not an urgent issue that needs to be resolved in the next three or six months. If there is going to be a major change, it is more important to get it right than to do it quickly.

Would you point out any Midwest states as models where policies have been very supportive of clean energy?

Minnesota has really been trying to analyze the options carefully, to look at things closely, to explore different options. They’ve done some good things with community solar, and the value of solar tariff was an interesting and important exercise. It’s too soon to tell how widely that approach will be adopted, but they’ve been doing a good job of trying to think through the issues and to explore ways to advance solar while being good for a wide range of stakeholders.

You have been looking at what states can do to allow low-income households to take advantage of clean energy. What are some of the possibilities?

A large number of states across the country, including in the Midwest, are increasingly focused on the issue of “How do we ensure that solar will be used by and benefit all segments of society, including low-income households?” When there are only a handful of solar installations in a state, it really doesn’t matter if all the folks using solar are upper-income. But once you start having hundreds and thousands of solar installations, it’s important to ensure that the technology benefits all segments of society and doesn’t exacerbate inequality.

Many states are interested in that topic. We at the Clean Energy States Alliance are tracking what different states are doing. We’ll be coming out with a paper summarizing what they are up to. One of the challenges for states is figuring out, “How do you get a significant number of installations that benefit low-income households without having to pay very high public incentives to make that happen?”

A lot of the discussions are still in an early stage, but I’ll suggest two possibilities that seem to be promising. One has to do with looking at public housing and other affordable housing, where rather than putting solar on the roofs of individual low-income households, you can put it on public housing and benefit a significant number of low-income households. Sometimes the agencies developing public or affordable housing have access to low-cost financing that can make installations possible.

And there are places where it may be possible to promote solar with battery storage in ways that can benefit low-income households while making the low-income communities less vulnerable to severe storms or power outages. In the PJM service territory which spreads into the Midwest, there are some extra-income streams that developers can get from having storage, meaning the storage can be done in a cost-effective manner.

It could be put in places like community shelters or schools in low-income neighborhoods where you get the extra benefit of being able to continue to to have electricity should there be an extreme weather event or something else that causes the grid to go down.

Is the biggest challenge now to have policy catch up with what technology has already made possible; or do we need significant technology advancements as well?

We certainly need technology advancement, but we also need business model advancement. Some of the things that have made clean energy more affordable in recent years haven’t had to do with technology but with business innovations, such as the use of Power Purchase Agreements and lease agreements which have made solar accessible to more people.

Through the U. S. Department of Energy’s Sunshot Initiative there have been many efforts to bring down the soft costs related to solar. Bringing down the cost of interconnection doesn’t have to do with new technology. There’s no doubt that policy will remain important.

There’s also no doubt that there will need to be significant technology advancements. But most of the technology advancements will either emerge out of the world of private enterprise as companies try to have products that they can sell more widely and make more money; or they’ll come out of federal research efforts, rather than out of what the states can do.