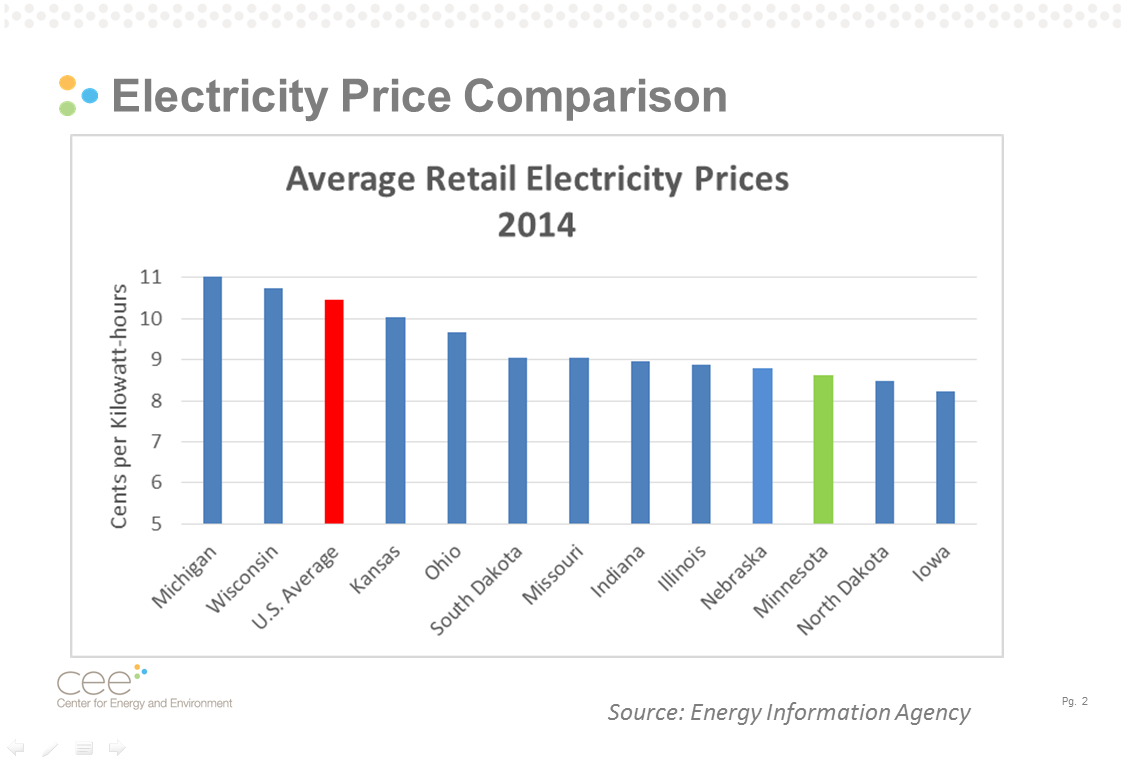 Mike Bull is director of policy and communications at the Center for Energy and Environment.

Minnesota is a purple state politically, and has had a divided government 22 of the past 25 years. We are also very proud and protective of our natural resources. As a result, energy policy here needs to be balanced, broadly supported, and increasingly clean.

Much of Minnesota’s strong energy policy framework was put into place under the governor that I served, Republican Tim Pawlenty. During his two terms (2003–2011), Governor Pawlenty proposed a number of clean energy initiatives that were worked on and worked out through a seemingly endless number of stakeholder discussions, then enacted by a Democratic-controlled legislature, usually on an overwhelmingly bipartisan basis.

We have had some tremendous successes under this framework:

It’s also important to note that the number of Minnesotans employed in the clean energy sector has nearly doubled since 2000 — from 8,600 in 2000 to 15,300 in 2014. Two out of every three clean energy jobs are in energy efficiency.

What’s more, because of our excellent policy and regulatory framework, and frankly some terrific utilities, we’ve been able to do all this while keeping electricity costs well below the national average and among the lowest in the region.

Our state’s “best of the above” approach delivers on all four of Governor Pawlenty’s “win-win-win-wins”:

The federal Clean Power Plan will be the subject of much debate and discussion over the next few years. In the meantime, as it has done for years, Minnesota will continue to chart its own path on clean energy — putting us well on our way toward compliance with the new rule.

Mike Bull is director of policy and communications at the Center for Energy and Environment, a nonprofit organization that promotes energy efficiency to strengthen the economy while improving the environment. Bull also served as senior policy adviser to Governor Tim Pawlenty.