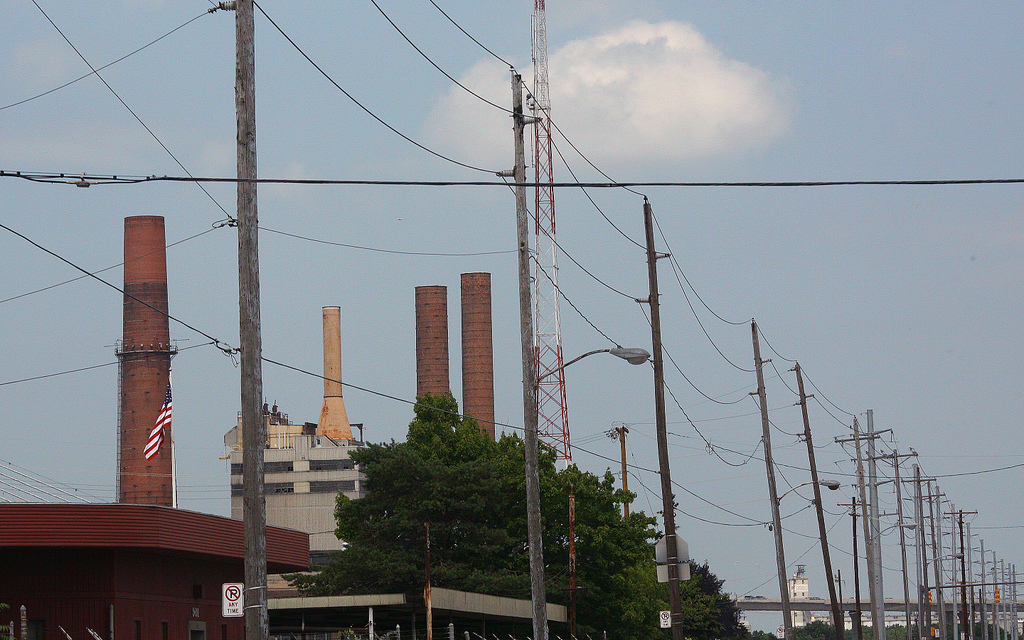 Ohio lawmakers want to allow more large energy users to opt out of the state's efficiency program, among other provisions.

The current two-year freeze came into effect after Ohio lawmakers passed Senate Bill 310 last year. The main reason given for suspending additional requirements under the state’s clean energy standards was to let the 12-member Energy Mandates Study Committee set up by the law review their impacts and make further policy recommendations.

The committee’s final report, issued September 30, focuses on the costs of the policies while not mentioning the benefits. Gov. John Kasich has called the committee’s recommendation to indefinitely continue the freeze “unacceptable.”

However, the committee’s final report doesn’t stop there – it also calls for other changes to Ohio energy law.

“There seem to be some strange giveaways to utilities and some of the large industrial user groups,” said Trish Demeter of the Ohio Environmental Council.

Among other things, the report urges lawmakers to broaden the scope of what would count towards the standards’ targets and could even allow some double counting for combined heat and power.

“The report also recommends that the industrial opt-out (for efficiency programs) remain in place, and also be expanded to some mercantile customers for those businesses that are already making strides in energy efficiency because it makes business sense,” said committee co-chair Sen. Troy Balderson.

While individual energy efficiency programs can make good business sense, critics have problems with letting industrial and commercial customers opt out of paying for the statewide programs.

“I know that they’re more likely to do their own energy efficiency” for various reasons, said Mike Foley, Director of Sustainability for Cuyahoga County. “But we’ve got one energy system in this state, and they should be contributing to the overall reduction in the amount of energy used and the increase in the amount of renewables in the system.”

“The more energy Ohio uses, the more expensive that energy is,” Miller added, so everyone stands to benefit from the energy efficiency standard, including commercial and industrial customers.

Additionally, when energy efficiency is bid into capacity auctions, it generally displaces more expensive resources for meeting expected energy demands. But the opt-out added by SB 310 reduced the amount of energy efficiency that could be bid into that market and required little accountability, Kushler has noted.

A shift to incentives?

Critics also decry the report’s recommendation to shift from “from Energy Mandates to Energy Incentives” that would be voluntary.

“This whole thing about voluntariness: That’s not an energy policy,” Foley said.

“For so many different reasons, we’re going to need an energy policy that includes a healthy and heavy mix of energy efficiency and renewables,” Foley continued. In his view, a good state policy should provide both short-term and long-term for “what the state is going to need to have energy for the future,” based on the interests of all Ohioans rather than utilities or other companies.

Consumers in states with enforceable energy efficiency standards save more than three times as much as those in states with a voluntary approach, Kushler stressed. On the flip side, most utility plans in Indiana now involve energy savings of “less than half of what would have been required” under that state’s earlier mandatory standard.

Before the freeze, utilities could only share in energy efficiency savings when they exceeded the statutory benchmarks. The Office of the Ohio Consumers’ Counsel criticized an earlier proposal to expand those “shared savings” during the legislative debates that led up to SB 310.

In addition, the September 30 report recommends changes to current law on net metering, so that utilities could “negotiate lower prices” and “fairly participate in distributed generation” that other businesses and individuals might install at their own cost.

Presently, Ohio utilities must pay net metering customers the same retail rate that the utilities charge when they resell that electricity, with no profit from that sale.

Advocates note that distributed generation provides multiple benefits to the grid – including lower demands on the system, greater resiliency in case of problems, and the avoidance of costs for bringing in extra power – and that such benefits generally offset any extra costs utilities might claim to incur from accepting that electricity onto the grid.

The September 30 report urges that Ohio EPA be restricted from adopting any rules relating to renewable energy and energy efficiency or any state or regional cap-and-trade program for carbon emissions.

If adopted, such terms could lower the state’s costs for complying with the federal Clean Power Plan.

“Clearly the federal mandated Clean Power Plan is fraught with legal and technical problems,” said Ohio EPA director Craig Butler. But, he continued, “I believe a comprehensive energy strategy that includes energy efficiency and renewable energy measures may be key to a low-cost strategy to reduce carbon emissions and ultimately comply with the federal Clean Power Plan.”

“Ohio’s renewable and energy efficiency standards, combined with already-planned electric grid measures, will be central tools to help Ohio cost-effectively cut carbon emissions under the Clean Power Plan,” said Samantha Williams of the Natural Resources Defense Council. “Study after study shows that using efficiency and renewables to reduce carbon emissions can be affordable and even improve the reliability of the grid.”

“A continued freeze of Ohio’s energy standards is unacceptable, and we stand willing to work with the Ohio General Assembly to craft a bill that supports a diverse mix of reliable, low-cost energy sources while preserving the gains we have made in the state’s economy,” announced Kasich press secretary Joe Andrews the day the final report was released.

The September 30 report is “step one” in the process, Balderson said, and “the difficult work will come next in making the policy decisions on these issues.”

“The report that was issued was a missed opportunity” to address various issues in Ohio energy policy, said Rep. Mike Stinziano (D-Columbus). Together with Rep. Jack Cera (D-Bellaire) and other Ohio Democrats, he has called for Ohio’s clean energy standards to resume.

“I hope, as we continue along further steps of whatever legislation is going to be pursued, this [September 30] report is not the guiding document for the legislative action,” Stinziano said.