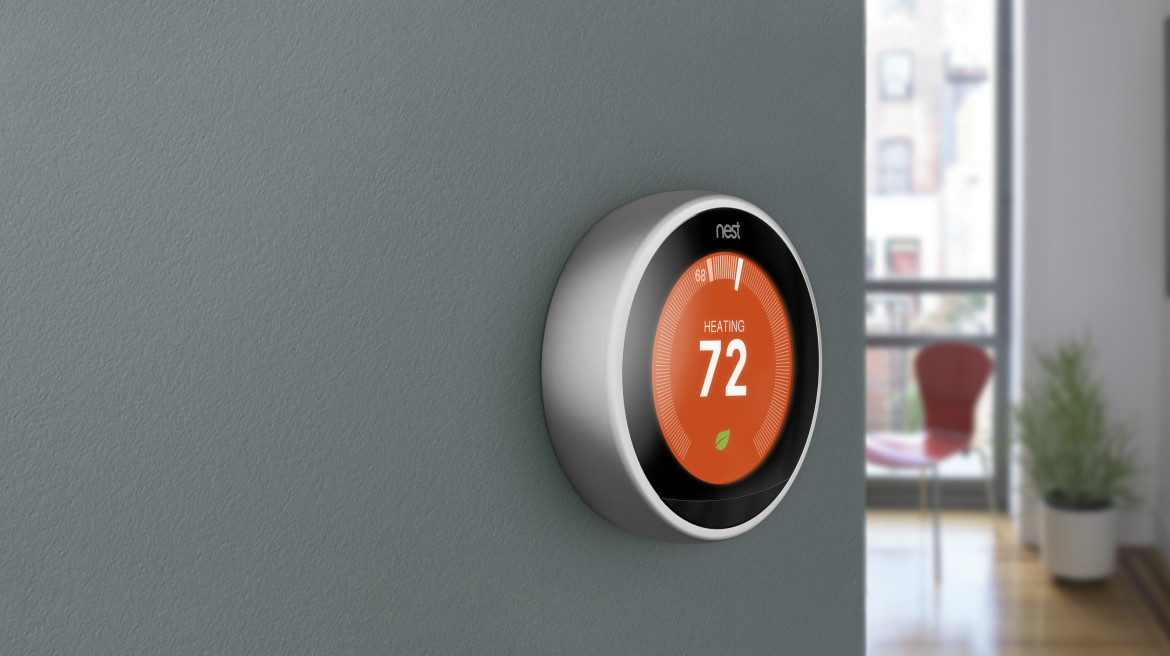 There will be one million more smart thermostats in the Chicago area in five years if a new public-private program launched today meets its goals.

The increasing spread of these inconspicuous but powerful devices – that “learn” how to predict and respond to residents’ behavior – could lead to serious energy savings, lower bills for consumers and lower emissions from power plants, backers say.

Chicago city officials, utility companies, the Environmental Law & Policy Center (ELPC), the Citizens Utility Board and smart thermostat makers Nest and Ecobee have banded together in a program that encourages northern Illinois residents to buy smart thermostats with rebates up to $120 and subsidized installation and programming help.

U.S. Environmental Protection Agency Administrator Gina McCarthy spoke at the launch of the program, describing technology like smart thermostats as something that can help the state meet its obligations under the Clean Power Plan.

“This is a game-changer,” said ELPC executive director Howard Learner at the launch, comparing the “leap from traditional manual thermostats to smart thermostats” as akin to the progression from the Model T to a Tesla.

The northern Illinois initiative is billed as possibly the largest smart thermostat program in the country, and a model for other regions. ComEd President and CEO Anne Pramaggiore said the program will be an important addition to ComEd’s energy efficiency portfolio, and thanked ELPC senior attorney Rob Kelter for pushing the initiative, saying “he was talking about smart thermostats before any of us knew what he was talking about.”

ComEd is offering a $100 rebate for each thermostat purchased, while Nicor Gas, North Shore Gas and People’s Gas are offering $20 rebates, for a total of $120 per device. Consumers can purchase the thermostats online or at retail stores and claim the rebates.

The idea is that the incentives and the publicity around the program will help overcome financial obstacles or – perhaps even more importantly – the intimidation factor of installing and programming a new device. The rebate cuts the cost of smart thermostats roughly in half.

“The beauty of a partnership like this is you can hit a lot of mailboxes, social media pages and email inboxes with information about the smart thermostat program,” said Jim Chilsen, spokesman of the Citizen’s Utility Board. “Consumer groups along with the big utilities and private manufacturers are devoted to marketing this program through a number of channels. Northern Illinoisans are going to know about it.”

“We believe this program has a marketing payback in that it will help raise general awareness of energy efficiency because these products are tangible, visible and exciting,” said Malek. “This is one of our most important initiatives and we will be utilizing a variety of ways to promote smart thermostats” including paid advertising and email and social media campaigns.

The ELPC estimates that one million smart thermostats across the region would mean about $80 million to $120 million a year in total savings for ratepayers and 709,000 metric tons of carbon dioxide pollution avoided. The thermostats are expected to save typical homes at least $100 each year in energy costs.

“With the rebates, the thermostat can pay for itself in a year, which means by year two you’re putting up to $130 in your pocket,” said Chilsen.

Nest energy products manager Ben Bixby said the company’s thermostats save typical consumers about $135 a year in utility bills, which could add up to as much as $135 million annually if the target rollout is reached.

“It’s like a virtual power plant where the savings go back into the community,” said Bixby.

He said that while Nest is already “a popular device” in the Chicago area, selling up to a million more under the new program would significantly increase their market penetration.

Smart thermostats use Wi-Fi connections to let residents easily control heating and air conditioning settings through their smartphones, tablets and computers.  The thermostats also “learn” and adapt to users’ behavior, predicting when they are away or when settings should be changed.

Stephen Pepper, 23, is the assistant director of sustainability at the Illinois Institute of Technology. He bought an Ecobee smart thermostat about two months ago, and has seen energy savings of 31 percent, about $19 on his monthly bill.

“I programmed it to all my comfort settings,” he said. “I have a pet so I kept that in mind. The reports you get are phenomenal, integrating the weather and the interior conditions.”

Studies in other cities have shown considerable energy and financial savings thanks to the devices.

Ecobee’s study of its 2012 smart thermostat program showed significant savings in Texas and Ontario when the products were adopted. Participants saved about 20 percent or more on heating and cooling once they installed the ecobee products.

An independent evaluation of the NIPSCO program found that for gas, the Nest thermostats meant savings of 11 to 16 percent, compared to a control group still using manual thermostats, and the programmable ones meant 6 to 10 percent savings.

Nest may be the country’s best-known thermostat, having transformed a once-obscure household appliance into a hip commodity. The company recently released its “third generation” thermostat, which can shut off heating systems when carbon monoxide is detected and “learn” when residents are away from home, among other things. Nest has partnered with other utilities, renewable energy developers and security companies around the country to offer other incentives and free thermostats.

Nest’s Rush Hour Rewards program lets users easily monitor real-time power prices so that at peak times they can reduce energy usage or decide to sell energy from distributed generation like solar panels to the grid at peak prices, rather than storing it in batteries. The Rush Hour program is currently implemented in Illinois along with New York, California, Texas and Ontario.

Bixby said their thermostats are especially convenient because they are not reliant on an internet connection and “the device’s scheduling works for you even if it’s never been connected to the internet. It’s truly, intrinsically smart.”