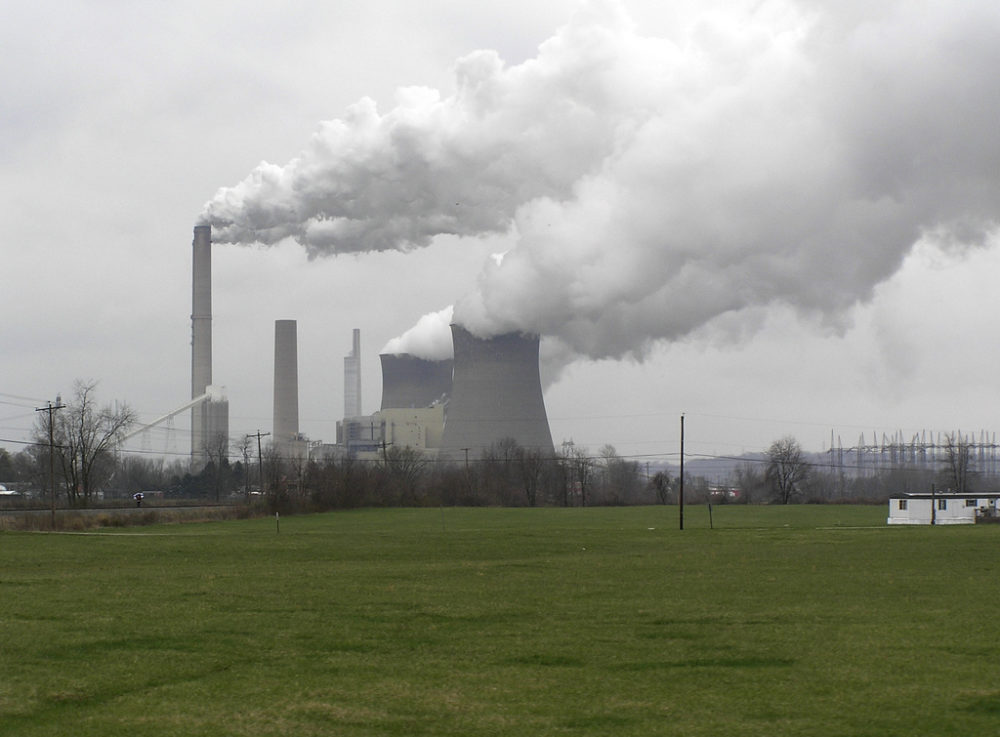 The environmental scientist also has a long track record in his professional career, with roughly 25 years of experience at the Ohio EPA, which is tasked with enforcing most of the state’s environmental laws.

Which, in Ohio, is no small task.

Ohio has often ranked among the top 10 states for chemical discharges into waterways and hazardous material spills. The state’s electric industry has also had the dubious honor of ranking in the top for both hazardous and greenhouse gas emissions. And a boom in shale oil and gas drilling continues, with related concerns about environmental impacts.

Last week Butler spoke with Midwest Energy News about his regulatory agenda and agency priorities (edited for length and clarity).

Butler: The big elephant in our room these days is the Clean Power Plan. We’ve been really clear through both our policy program and through the attorney general’s office [about] our fundamental disagreement with the U.S. EPA. At this point it isn’t that carbon and CO2 emissions aren’t a concern. It’s just that they don’t have the authority to do what they’re trying to do.

Legally, we think that they used the Clean Air Act to manufacture a strategy that we think is unsound and frankly illegal, so that’s why we’ve challenged it in court.

What is the Ohio EPA doing in the meantime with respect to the Clean Power Plan?

Like most other states, it’s really in our best interests also to say we have to be prudent and look at this final rule and say “how do we comply with this.” We may not like it, and we may ultimately prevail. But if we don’t, those deadlines that are established in the Clean Power Plan will not go away. Those deadlines are already putting us in the position where we’re not likely to be able to comply with those deadlines as it is.

What can I say? It’s another set of regulations on top of the heap for power plants, which is unfortunate.

‘It’s another set of regulations on top of the heap for power plants, which is unfortunate.’

How would you describe your working relationship with electric utilities?

We’ve got a really good working relationship with all of our utilities. We deal with them regularly to try to figure out what their issues are, what their priorities are, and line them up against ours. We’re still looking at making sure that they have fully compliant NPDES permits and get them renewed on time so the U.S. EPA doesn’t have a concern with that. I think we’re trying to be really efficient with the NPDES permitting program.

Turning now to oil and gas: How would you describe the Ohio EPA’s approach on fugitive methane emissions?

Frankly, we were out ahead of the U.S. EPA and their New Source Performance Standards relative to oil and gas. We just thought we needed to be aggressive with that to make sure that all phases of the development and transmission of oil and gas were minimizing methane emission escape.

We’ve got some rules that will be out with here in the next few weeks for compressor stations, to do the same thing: implement a leak detection and repair system using some new technology — the LDAR technology versus just going out with the standard meters.

The U.S. EPA reports that the oil and gas industry is the largest industrial source of precursors for ozone. What do you think about the U.S. EPA’s new rule setting the ground-level ozone standard at 70 parts per billion?

I don’t think it’s that bad. It’s certainly going to have an impact. But it could have been set at 65 or even lower, where it would have had really critical economic impacts in Ohio.

How close is Ohio to complying with the new 70 ppb standard?

By our account, we’ve got 17 counties that will be out of attainment. The irony is because we’re about to include 2015 data, at the end of this year the entire state but six counties in northern Ohio would have been in full attainment. Can’t we get a breath?

What happens with drill cuttings and other non-liquid wastes from shale oil and gas development?

If a company wants to take drill cuttings and put them in a solid waste landfill, we write the rules for that. As long as it’s not at elevated levels of NORM [Naturally Occurring Radioactive Material] or TENORM [Technologically Enhanced material], they can do that.

You’re in the process of developing rules on beneficial reuse for some of that solid waste. What are some examples of those uses?

It could be for roadbed. We’re seeing some brownfield redevelopment projects that are tied to this. We’ve seen some areas that have historically gone through strip mining and were not properly reclaimed. We’ve seen some creativity come out of the industry and how they’ve been not just throwing this material away — but really beneficial reuse of material. If we see value in these pieces of the waste stream, throwing them away makes no sense.

The Ohio EPA sometimes receives criticism from environmental groups that the agency is too lax, and sometimes industry may say that it’s too strict. What’s your general response?

I’m probably making a pretty good decision when everybody is just a little bit mad at the outcome — both the environmental side as well as the regulated side.

‘I’m probably making a pretty good decision when everybody is just a little bit mad at the outcome.’

I try to reach out and have the best working relationship I can with every one of my constituents. We spend a considerable amount of time sitting down and listening to state environmental organizations and national ones. We have, I think, a pretty productive working relationship.

The same on the industry side: No matter what sector, we will sit down and have a discussion. We’re not going to solve an issue unless we can talk about it. We may agree to disagree. But ultimately we’re not going to come up with a remedy to whatever our problem is if we can’t sit down and talk about that. I put myself in the perspective of how do you find that middle ground: We’ve got a job to do. So do they.

My job is to protect human health and the environment. We do it the best way we can. Some people will like it and others won’t. I only hope at the end of the day, either way, if they do or don’t like it, that they think that they got a fair opportunity to make the case to us.