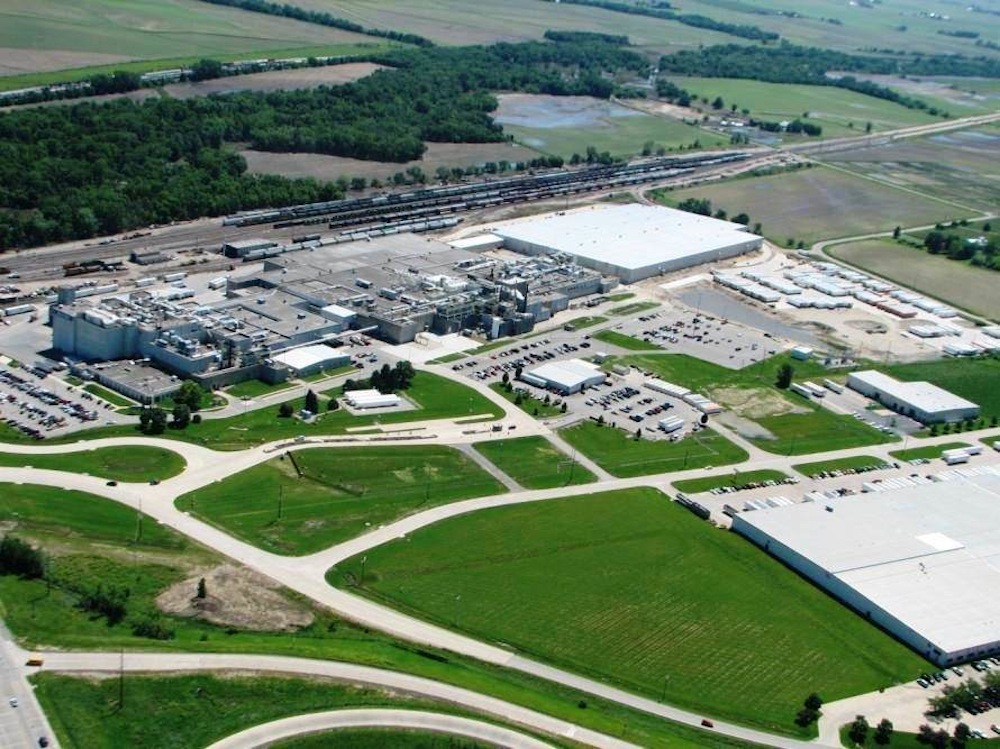 General Mills' plant in Cedar Rapids, Iowa was recognized by the U.S. Department of Energy this week for efficiency improvements.

One General Mills factory has figured out a way to make fruit snacks and cereal using 23 percent less energy, a feat that has earned it recognition from the U.S. Department of Energy.

On Tuesday, the department took note of the company’s Cedar Rapids, Iowa plant in particular for dramatic efficiencies made there over the last two years.

“The General Mills plant in Cedar Rapids is an example of the extraordinary potential the American food industry has in finding and achieving energy and cost savings,” said Lynn Orr, undersecretary for science and energy at the Department of Energy.

He announced the recognition during a visit to the plant on Tuesday.

Rue Patel, the Cedar Rapids plant manager, said energy efficiency “is just part of our culture. Every level of the organization is involved in this. People here are passionate about it.”

Every week, for example, Patel meets with an energy team comprised of managers and engineers to devise ways to attain greater energy efficiency.

The federal department’s commendation was part of its Better Plants Challenge, which is part of a broader strategy for meeting President Obama’s goal of reducing carbon-dioxide emissions.

Earlier this month, the company announced that it had joined nine other global food companies to inform international policymakers on the role of climate change and the food system. The letter urged leaders to take robust action at the climate summit in Paris later this year.

General Mills, which is headquartered in Minneapolis, has reduced energy intensity among 25 of its U.S. manufacturing plants by 6 percent. It has committed to hiking that figure to 20 percent among that group of plants within the next decade.

The improvements made thus far are expected to cut the plant’s energy use by one third, saving the company about $4.3 million a year.

Changes include high-efficiency lights, boiler improvements and, perhaps most impressively, a comprehensive heat-recovery system that collects heat where it’s not needed and moves it to where it is needed.

“You use it three or four times until it gets to ambient temperature,” Patel explained. “The loop you’ve created does that for you for free. It’s just being creative about using what you have.”

The heat-recovery system is estimated to reduce carbon-dioxide emissions by 5,500 tons and water use by 2.2 million gallons each year.

The company is considering installing similar heat-recovery systems at 14 other plants.

Energy savings to date at the Cedar Rapids plant are “pretty good,” Patel said, “but not good enough. There are tons of opportunities for us to get better.”