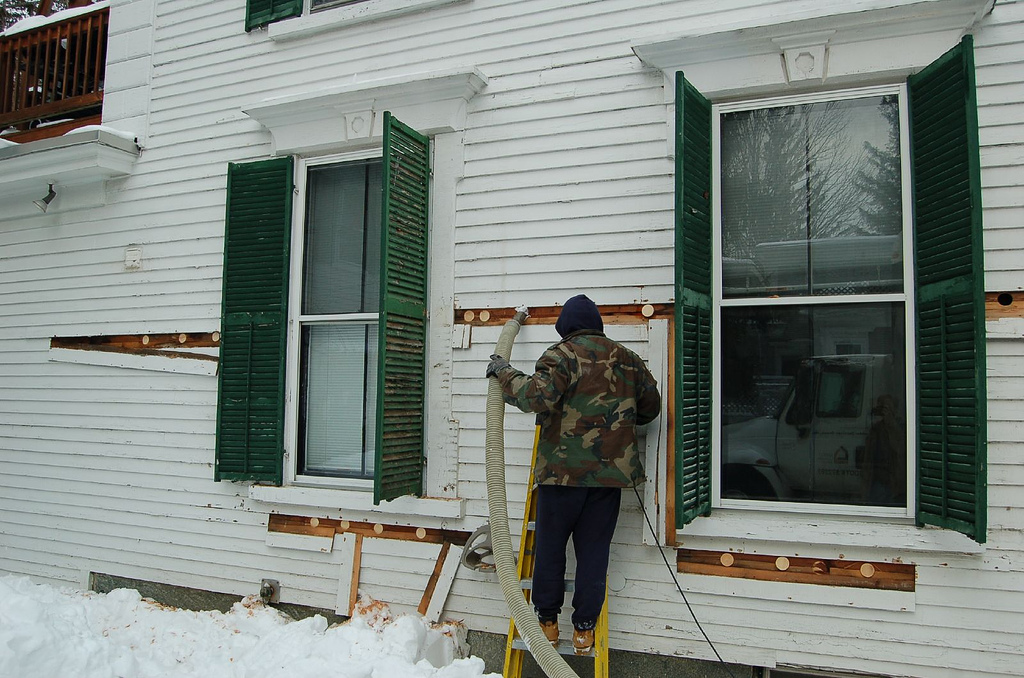 A financing mechanism that provides utility customers with low-interest loans to pay for costly efficiency upgrades is gaining traction across the Midwest.

“On-bill financing,” as it’s known, provides loans often at a 3 or 4 percent interest rate, with monthly loan payments that often are equal to or less than the amount of money saved on utility bills. The net effect: people who couldn’t otherwise afford to invest in greater efficiency find they can.

A couple of municipal utilities in Michigan and Iowa are now devising such systems. Several rural electric coops in Minnesota and Michigan are exploring the possibilities, and the concept is among the recommendations in a state energy plan made public in Missouri a few weeks ago.

The City of Holland, Michigan is working together with the not-for-profit Michigan Saves to develop an on-bill system for Holland’s public utility, with the hope that the program will serve as a template for communities and utilities across the state.

In Iowa, the state’s economic development agency is watching the development of an on-bill system in the city of Bloomfield. The city is using AmeriCorps VISTA volunteers to create a lending and billing system for customers of the municipal utility. The city is providing $150,000 for an initial loan pool which is projected to cover efficiency improvements to 10 or 15 homes.

Provided the pilot works out well, the state has expressed interest in encouraging other utilities and communities in Iowa to follow suit.

The main idea behind on-bill financing is that it provides the substantial upfront cash needed to make efficiency improvements, with payback over 10 or 15 years, long enough that the reduction in utility bills offsets much or all of the monthly loan payment. The loan payment generally is bundled in with a monthly utility bill.

The loan funds typically come from the utility’s reserves, or from the U.S. Department of Agriculture.

Depending on how it is structured, on-bill financing can make efficiency upgrades feasible in a few scenarios where it generally has not been: for people with poor credit history, for those who are unsure whether they’ll sell their home before they’ve paid off the loan, and for renters.

By attaching the loan to the property, rather than to the current owner, a sale of the property doesn’t undermine the finances of the improvement. In a rental situation, the loan obligation can be handled in a variety of ways including transferring the obligation from one renter to the next.

People with poor credit history present different challenges. Michigan Saves runs an efficiency-upgrade loan program and has approved about 65 percent of the applications it has received since 2010, according to Mary Templeton, the group’s executive director. She is hopeful that on-bill financing would work for the other 35 percent who were turned down – in many cases due to credit problems.

The key is qualifying people based not on a credit score, but on a history of consistent payment of utility bills. The organizers of the Holland project are considering adopting utility-bill payment history as their threshold.

A main goal of the on-bill initiative there is to “increase access,” said Anne Saliers, the community services manager for the city’s board of public works.

“We want to be able to reach customers who aren’t already served by the normal financing mechanisms,”she said.

Holland has a comprehensive and ambitious energy plan that calls for, among other things, “deep home energy-efficiency upgrades” and a 50 percent reduction in home energy use, Salier said. “It was felt that an on-bill financing program would be an important financial mechanism that would encourage more people to do the retrofits.”

On-bill financing isn’t a completely new idea. A few utilities, like Midwest Energy in Hays, Kansas and the Eastern Illini Electric Cooperative in Paxton, Illinois, have been using some version of the approach for decades. The financing system has gotten a second wind lately, since a Washington D.C. not-for-profit – the Environmental and Energy Study Institute (EESI) – launched an initiative to encourage more utilities to adopt on-bill financing.

Although some large investor-owned utilities have offered on-bill financing for years, smaller municipals and rural coops, due to their limited resources “have a hard time setting up programs that are more complicated,” said John-Michael Cross, a policy associate at EESI.

The Institute is providing advice and resources to small utilities interested in developing on-bill financing, and has helped to establish the practice in a number of South Carolina communities. It has turned its attention elsewhere, including the Midwest.

‘This is an investment for us’

On-bill financing can in fact open the door to costly efficiency upgrades, as evidenced by the experience of Midwest Energy, an electric cooperative based in the western Kansas university town of Hays. The co-op experimented with on-bill financing a couple of times before arriving at the current configuration in 2008.

The co-op long has been eager to help customers be more efficient in their use of energy, said energy services manager Brian Dreiling.

“What we found out early is that you have to provide the complete package,” he said. “Otherwise, things don’t change. Not only do you have to offer good advice: you also have to have contractors and, the last thing is, a way to pay for it.”

The co-op offered a couple of different financing mechanisms, in-house and out-of-house. In 2008, it returned to an in-house financing arm with a few potent tweaks. Since then, it has loaned out about $7 million for 1,426 projects, as of Oct. 1.

“The kicker in this is that Midwest Energy will only finance the portion that is covered by the savings,” Dreiling said. “If we look at a house and calculate out the savings – let’s say it’s $50 a month. We say $50 times 12 months times 15 years – that’s how much money we can supply towards the project. Sometimes that covers it all, sometimes it doesn’t. About three-fourths of the time, it doesn’t cover it all.”

The utility evaluates projects for on-bill financing just as it would any possible expansion of its distribution system.

“This is an investment for us, not a lot different than if we were going to invest in a new transformer or new lines,” Dreiling said. “Because we only finance the piece that makes (financial) sense, it works very well for us. And it’s self-regulating, if you will. It limits itself to the savings.”