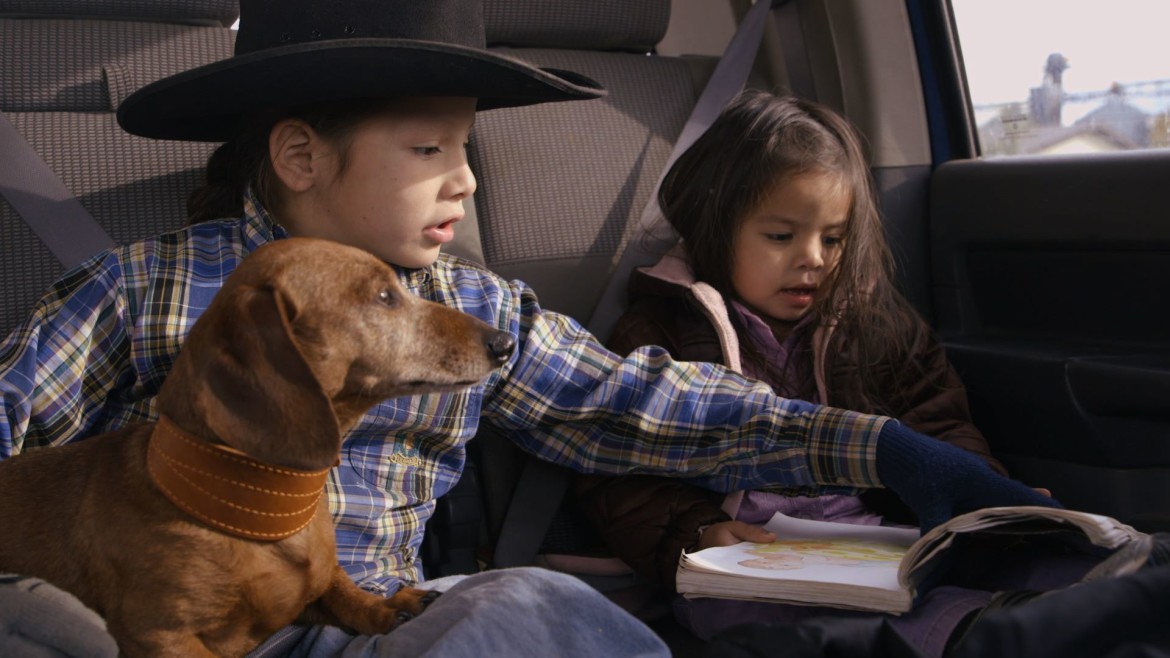 Three years ago Minneapolis radio journalist Todd Melby received a grant to live part time in the Williston area in the heart of the North Dakota oil boom. The only place he could find was a tiny one-bedroom basement apartment with a shared bathroom at a price “that was more than my son was paying in New York City.”

After shelling out more than $1,100 a month for his modest digs Melby, 55, began interviewing people who had moved from all over the country to find jobs in one of the few states during the economic downturn that actually had them. The profiles appeared on both Prairie Public Broadcasting and American Public Radio’s Marketplace.

While working in Williston he hired a crew and created a video documentary on the oil boom with money from another grant. Melby’s 30-minute documentary, “Black Gold Boom,” focuses on a debate over oil on a western North Dakota Indian reservation and lives of transplanted couples and families. It will be shown on PBS stations across the Midwest in the coming weeks.

“During economic collapse tens of thousands of people came to North Dakota to get jobs during the economic collapse,” said Melby, who runs the production company 2 below zero. “People always compared it the Gold Rush and I always say it’s more like ‘Grapes of Wrath.’ It’s more like the Joads, who are desperate, and looking for work. Many people in North Dakota were desperate and looking for work, any kind of work.”

Melby, also an arts and culture editor at KFAI in Minneapolis, spoke with Midwest Energy News about his documentary and his part-time work covering North Dakota.

Midwest Energy News: The focus of the film is really about how people come to view the boom.  There’s a debate among the Three Affiliated Tribes – the Mandan, Hidatsa, and Sahnish Nation, led in part by Marty Young Bear.

Melby: It is a classic debate between the environment and economic development. Marty Young Bear is saying there is more to life than money and we have to preserve our land for future generations and we need to worry about the potential downsides of this. He wants to protect the land for his children and great grandchildren.

And on the other side?

You have Lewis Ken Hall, who is on the board of the tribe, and Dave Williams, CEO of tribal oil company, Missouri River Resources. Ken sees this a huge opportunity. He says “if we form our own oil company we can make more money as a tribe and we can provide free college education to every tribal member. We can provide free health care, jobs for people.”

Then there’s the people who have come for jobs.

There’s a good example in Elsie Ejismekwu, an African American woman from Chicago who I met at Cajun food stand. I liked her. She just got divorced, her husband at the time didn’t want her to drive truck and she always wanted to drive truck. After the divorce she heard about jobs in North Dakota so she moved. North Dakota is overwhelming white but she just didn’t care. Her kids were a lot less thrilled about being there, as you hear in the film.

Her kids complain about the fact there’s not much to do and no grass anywhere. The documentary makes it look like a pretty barren place to live.

It’s prairie, and it’s arid. When the Dakota territory was going to join the United States the idea was to split the Dakotas into two divided by the Missouri River. That way you get East Dakota and West Dakota, instead of North and South Dakota. But East Dakota would have had all the wealth, the Red River Valley, a good amount of rain. West of the Missouri it’s arid – I wouldn’t say uninhabitable but it’s tough ranch land.

What’s your sense of how the newcomers feel living there?

For some it’s a good place, for others it’s not – you have to put in long hours because the big paycheck doesn’t come from just a 40 hour week.

How has Williston changed since you reported from there?

A friend of mine says it’s not a boom town anymore, it’s an industry town. There’s still work associated with drilling but it’s there’s not the same amount of work available. For all the temporary jobs created by drilling there’s not all that many long-term permanent jobs created. But Williston still uses oil as a way to build a community.

Since completing the documentary the tribe has some wells operating. How is it doing?

Dave Williams pointed out to me that the amount of money it takes to break even in North Dakota varies by county. In the Bakken Region it’s $40 some per barrel to drill. In McKenzie County, where the tribe is located, it’s only $28 a barrel. At the current price (around $46 per barrel) they can still make money.

While reporting you often heard about accidents and did a major investigation. What did you find?

I heard a lot about men dying while working on oil jobs. I received some money from the Fund for Investigative Journalism and began doing Freedom of Information requests of OSHA (Occupational Safety and Health Administration) to look at workplace deaths in North Dakota. We did an interactive documentary that just came out in 2015.

The AFL-CIO reports the state’s death rate as 14.9 people per 100,000 workers, the highest of any state for the third straight year. You focus on the death of a young man, Dustin Bergsing, who worked for Marathon Oil near Mandaree.

He died of hydrocarbon poisoning. He slept in a trailer next to oil tankers and worked as a well watcher. One night he opened the lid to check on a tank and was overcome by noxious fumes and suffocated. His family sued Marathon Oil for wrongful death and won. A lot of men ended up dying in ways like that. Working in the oil industry is one of the most dangerous jobs in America.

It’s hard to hear his fiancé talk about him.

That was heartbreaking. He was engaged to be married and she was pregnant with a baby he’ll never have a chance to see. It’s the negative consequence of the boom that people who are opposed to oil exploration don’t often talk about. They focus on the environmental downside, but there are human downsides – death, or getting burned or severely injured.

What surprised you the most about the oil industry?

I was surprised by the huge number of trucks and just how big and scary everything around oil is and how quickly it can kill you. Driving an SUV in North Dakota during the boom is like driving a smart car on a highway here. Everything is so big.

What do you hope the documentary will do?

I like it when North Dakota comes into the consciousness of Americans who live outside of the Midwest. That is a good thing. And there are not enough films made about Native Americans and blue collar workers who work very hard jobs.