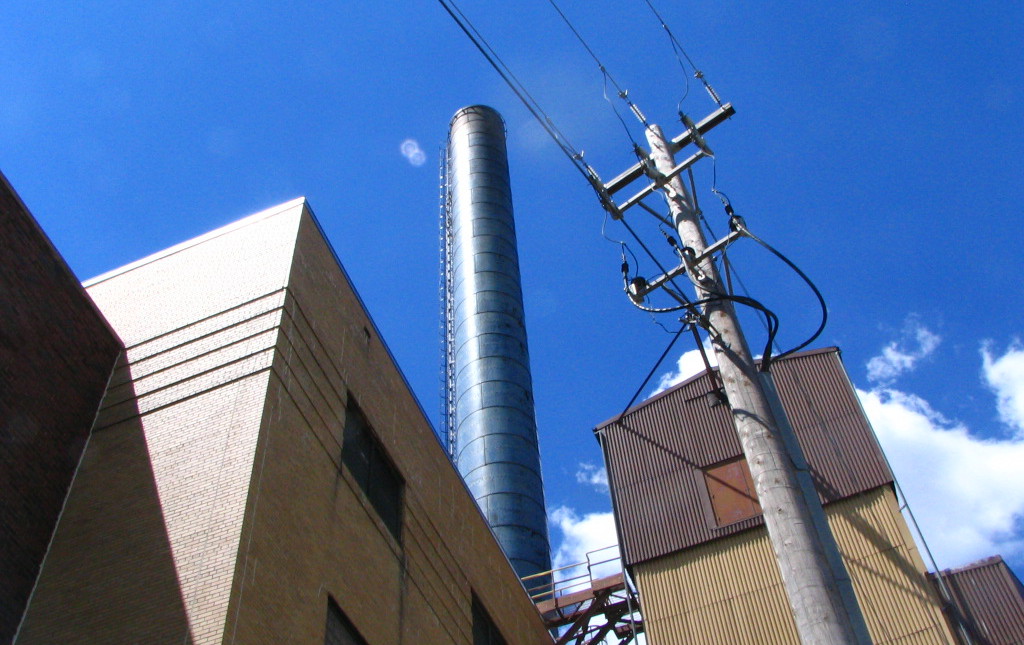 A power plant in Beloit, Wisconsin.

While Wisconsin has been making headlines for its battles over distributed solar, advocates say the state is lagging on another energy front.

The American Council on an Energy Efficient Economy (ACEEE) recently released its annual scorecard ranking states on their commitments to energy efficiency. While the Midwest performed relatively well as a whole, Wisconsin came in middle of the pack nationwide, and energy efficiency proponents say that a continuing lack of action will mean the state continues to drop in the standings.

“The phenomenon is that if you’re not doing better then you’re falling behind” on energy efficiency innovations, said ACEEE senior analyst Seth Nowak.

Wisconsin slipped from 17th in the nation in 2014 to 22nd in ACEEE’s latest scorecard. Neighboring states Illinois and Minnesota are tied for 10th, Iowa is 12th, and Michigan 14th.

Indiana and Ohio, states that saw high-profile rollbacks of state efficiency policies, dropped from from 27th to 38th and 18th to 27th, respectively.

But Wisconsin’s slide, advocates say, is more a matter of inertia than dramatic policy shifts.

“Utility and public benefits policies and programs” was the most heavily-weighted part of the scorecard, and there Wisconsin fared poorly, with a score of 7.5 out of 20. Wisconsin also got low marks on building standards, with 2.5 out of 7 points. Illinois, by comparison, won high marks for programs to promote energy efficiency in buildings.

This puts it significantly behind other states. Minnesota and Illinois spend more than 2 percent of revenue from customers on efficiency measures, according to ACEEE, and leading states spent from four to six percent in 2014.

Wisconsin is one of 24 states that have an Energy Efficiency Resource Standard (EERS), similar to renewable portfolio standards, that demand a certain level of efficiency investment. Wisconsin’s standard calls for a target of 0.77 percent savings on sales from 2015 through 2018, while leading states have a resource standard of 1.5 percent to 2 percent.

Proponents would like to see a stronger EERS in Wisconsin, but that would be hard to achieve without lifting the 1.2 percent spending cap.

“We’re absolutely falling behind and there’s lots of things that we could do about that,” said Keith Reopelle, senior policy director of Clean Wisconsin. “It really would be very helpful to have an energy efficiency achievement target or requirement” with specific energy savings mandates.

“Focus on Energy is one of the most cost-effective programs in the country, and achieves more in savings with similarly sized programs,” she continued. “Focus’s integration with the State Energy Office, as the Wisconsin Office of Energy Innovation, will present more opportunities to coordinate our work and better deliver effective efficiency opportunities to customers.”

Reopelle agrees that Focus on Energy has been a meaningful program, and he thinks it should be strengthened even more. The program has meant $730 million in energy savings for customers in its 15 years of existence, according to the program website.

“Every ratepayer in the state has benefited because that program has displaced the need for building more infrastructure on the part of the utilities,” he said. “Were it not for that program, we would have had to build more power plants and transmission lines. We just need to bolster it, and need to catch up with where the rest of the country is.”

Reopelle noted that the 2011 state budget bill was a major blow for energy efficiency, since it took away the Public Service Commission’s power to determine spending on energy efficiency. It would take legislation to change this situation or lift the spending cap.

“Giving funding power back to Public Service Commission wouldn’t mean an immediate increase [in energy efficiency funding] but it would allow for it,” Reopelle said.

Nowak noted that the Public Service Commission could do an analysis or make recommendations to try to encourage legislation increasing energy efficiency investments or targets. Nowak thinks Wisconsin should triple its current spending on energy efficiency to reach the most cost-effective level of investment, “taking into account the economy, job creation, pollution benefits, regulatory risks that would be reduced for utilities.”

Nelson did not directly answer an emailed question about whether the commission would support legislation pushing for more energy efficiency or for restoring the commission’s power to determine efficiency investments.

“The PSC’s responsibility is to execute programs as efficiently as possible,” she said, noting that the commission can approve voluntary efficiency programs proposed by utilities.

Wisconsin was once a leader in energy efficiency. In 2008, it cracked the top 10 of ACEEE’s scorecard with a ninth place ranking. That was during Gov. Jim Doyle’s administration, when a multi-stakeholder task force came up with a greenhouse gas emissions reduction plan for the state that included energy efficiency.

Current Gov. Scott Walker’s administration is often seen as an impediment to transforming the energy landscape, and Walker’s appointees to the Public Service Commission have been widely criticized for approving utility proposals seen as hostile to distributed energy. On October 30 a circuit court overturned one such decision that had imposed new fees on solar installations.

“A major plan to move forward was compromised on, as the political winds started to change in Wisconsin,” said Nowak. “Since then we’ve been in a holding pattern as far as the level of commitment to energy efficiency.”

He lamented that utilities and legislators like those in Wisconsin are often reluctant to make small increases in spending on efficiency even though such annual progress could mean they “avoid spending billions on a new power plant down the road.

“It’s all about having the foresight that the overall most cost-effective way to have an electric and gas utility sector is to have it as efficient as possible on an ongoing basis over a matter of years, instead of looking through a narrow lens,” he continued.

Reopelle noted that the federal Clean Power Plan should mean renewed motivation for Wisconsin to improve its energy efficiency outlook.

“The state should be looking at every opportunity it has to increase investments in energy efficiency, leading up to 2022 when compliance begins for the Clean Power Plan,” he said. “By doing that we’ll ensure that the cost of complying with those carbon pollution limits will be kept lower. The more we depend on energy efficiency instead of investing in more natural gas generation,” the lower the costs of compliance will be. “We’re certainly letting legislators and the Public Service Commission know that we’re ready to make those policy changes to expand energy efficiency.”

“In Wisconsin, we would be very well served by making energy efficiency and renewable energy the centerpieces of our energy future, so that we can keep more of our hard-earned dollars in Wisconsin and create more jobs in our communities,” said Tyler Huebner, executive director of RENEW Wisconsin.