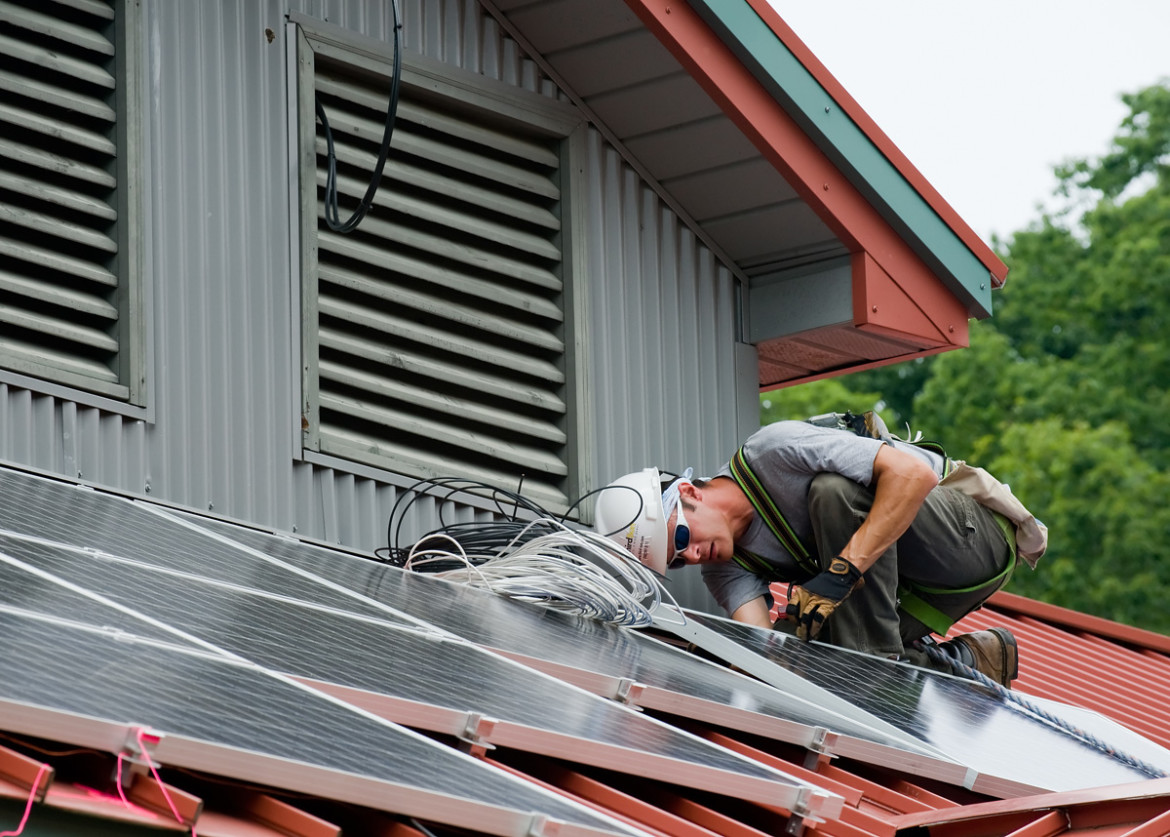 Legislators who support solar are pushing to include the ITC in a broader tax extenders bill making its way through Congress.

Midwestern renewable energy developers and advocates say this region may have the most at stake with the ITC’s fate. Midwestern states typically lack strong state-level policies to support the nascent but promising solar industry, they say, and low electricity prices mean the payback time for solar is longer than in other regions.

The ITC offers credits on federal income taxes for individuals and businesses equal to 30 percent of the cost spent on solar installations. Without the extension, the commercial break will drop to 10 percent and the residential support will be eliminated when the credit expires at the end of 2016.

Without the credit, many installations would simply not be built, developers and advocates say.

“It’s crucial…it truly is a main factor for the majority of projects we win,” said Ray Davis, president of OGW Energy Resources, an Ohio-based developer that does commercial, industrial and residential solar across the Midwest. “As we are primarily a coal region, our grid kilowatt-hour costs are relatively low as compared to other regions. Therefore the ITC truly is the part of the puzzle that makes solar fiscally feasible in the Midwest.

“It’s an integral part of the decision-making,” for clients, he continued. “If we’re dealing with a business we eventually get to a CFO or controller who has a fiduciary responsibility to protect their employees and shareholders. If the system doesn’t make sense financially, they’re not going to do it.”

The tax extenders bill passed by the Senate Finance Committee in July currently includes a two-year extension of the Production Tax Credit for wind and other renewables, which expired at the end of 2014. But the bill does not include the solar ITC.

The version of the tax extenders bill passed by the House Ways and Means Committee does not include either clean energy incentive.

Legislators have reportedly proposed an addition to the bill that would allow solar projects to collect the ITC as long as they are started, not completed, by the expiration date. There is reportedly bi-partisan support for this measure, including from Republican Sens. Dean Heller (NV) and Rob Portman (OH), and Democratic Rep. Ron Wyden (OR).

During the hearing on the bill in the Senate Finance Committee last summer, Heller said, “I’m disappointed that we can’t reach consensus on language that would truly give parity for an industry that is not only important for my home state of Nevada, but frankly, helps to diversify our nation’s energy portfolio.”

‘Seeing the ITC drop off a cliff would have a devastating impact on Midwest installers.’

The offices of Portman and other Midwestern legislators – Sen. Debbie Stabenow (D-Mich.), Sen. Chuck Grassley (R-Iowa) and Sen. Mark Kirk (R- Ill.) – did not return calls and emails for this story.

Meanwhile solar energy advocates are pushing for a five-year extension of the credit, through 2021, in addition to the deadline policy revision.

“Seeing the ITC drop off a cliff would have a devastating impact on Midwest installers,” said Amy Heart, senior manager of public policy for the solar developer Sunrun Inc. “Because state-level policies in the Midwest have come and gone, installers in the Midwest have really benefited from and rely on that federal solar ITC. That’s kept this market going and allowed people to keep planning for the future.”

An analysis by Bloomberg News Energy Finance (BNEF), commissioned by the Solar Energy Industries Association (SEIA), found that a failure to pass the ITC extension could mean significant declines in installed solar energy in the Midwest.

For the states of Illinois, Indiana, Ohio, Missouri, Minnesota, Iowa and Ohio, BNEF predicted a cumulative 3,428 MW of solar installed by 2022 with an extension, and 2,331 MW without one. Currently, there are close to 500 MW installed in these states.

Nationwide, BNEF estimated, cumulative installed solar in 2022 would be 95 GW nationwide with an ITC extension and just 73GW without one. Utility solar installations would make up the biggest sector of that amount. On the residential front, BNEF forecast that in 2021, more than 4 GW would be built with an ITC extension, compared to 2.5GW without it.

“With the ITC expiration, we expect solar companies to downsize and retrench to their strongest states, those where they’re already established and sound state policies are already in place,” said SEIA spokesman Dan Whitten.

“This obviously leaves many consumers in Midwestern states waiting to take advantage of the benefits that solar currently provides to customers in states like California, New York and Massachusetts. This would be a major setback to the Midwest both economically and environmentally, as solar creates more jobs per megawatt than any other technology, creates zero carbon emissions and can be deployed cost-effectively and quickly.”

Heart said that not only is an extension needed, but Congress needs to pass it quickly.

“Acting on it this fall is really important,” she said. “It expires at the end of 2016, but if we don’t have it [passed soon], sales stop in March – because [qualifying projects] have to be operational by the end of 2016.”

She added that distributors of solar equipment and solar developers are “already in crisis mode” trying to get projects completed by the end of 2016. So smaller Midwestern installations are at a competitive disadvantage compared to larger planned arrays in California or other states with well-developed solar markets.

Heart said solar advocates only want a “level playing field” with other energy sources that have long enjoyed government subsidies. And, she said, developers expect the Midwestern market could eventually reach a level where it can thrive without supports.

“As the market builds, that incentive or tax credit fades away – it’s a ramp-down, not a cliff,” she said. “An extension of a few years with a planned ramp-down – that’s absolutely up for conversation. But [the 2016 expiration would mean] the damage of 10 years of support and investment, then just when we’re getting our feet under us in the Midwest, we hit a cliff. That’s never good economic design.”

Davis said the constant battle to extend the ITC for a year or two at a time “drives me crazy.”

‘If there were no subsidies associated with energy, solar would be competitive in and of itself.’

“If renewables are to be part of our country’s economic and energy future, the ITC should not be extended for a year or two, it needs to be a 10-year proposition or longer,” he said. “I really despise the kick-the-can-down-the-road mentality. If it makes sense then make it permanent, or very long-term.”

Jason Edens is co-founder of the Rural Renewable Energy Alliance (RREAL), a Minnesota-based non-profit organization that specializes in making solar accessible to lower-income customers. He notes that the ITC, like all tax credits, is a benefit mainly for more affluent companies and individuals who have income tax liabilities large enough to benefit from credits. If someone does not owe much in income taxes, they can’t really collect the 30 percent credit for a solar installation.

This is among the reasons he and others say that ultimately, a truly “level playing field” is the way to shift to a cleaner energy future.

“In an ideal world energy wouldn’t be subsidized, period,” Edens said. “If there were no subsidies associated with energy, solar would be competitive in and of itself. Coal and electric generation in general has been highly subsidized since World War II. Solar needs tools such as the ITC in order to prosper given the disparity. But if we move beyond incentives and truly internalize the environmental costs of different types of energy, it will be a slam dunk for clean energy.”