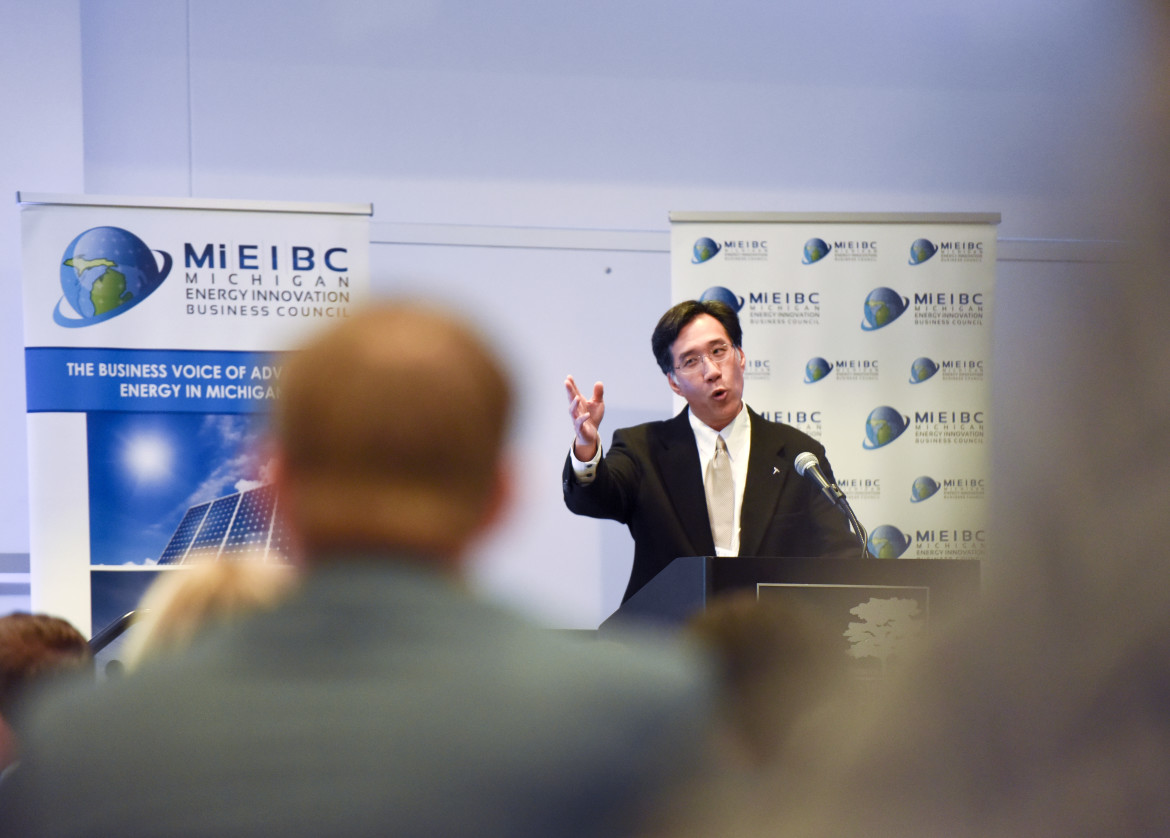 While Snyder said at the time the bill simply clarified existing law, 13 months later, the California-based company is still actively pushing lawmakers to reconsider the state’s position that Tesla supporters have criticized as an attack on free-market principals.

Earlier this year, even the Federal Trade Commission advised state lawmakers in an 11-page letter that Michigan’s policy is “protectionism”: “Michigan’s consumers would more fully benefit from a complete repeal of the prohibition on direct sales by all automakers.”

Despite being blocked from selling and servicing cars here (Tesla’s closest retail stores are in Chicago and Cleveland), the company continues to invest in Michigan, particularly by providing business to parts suppliers. A few weeks ago, the company opened Tesla Tool and Die near Grand Rapids, a parts manufacturing facility it purchased from a previous supplier.

“The company is about innovation and trying to innovate not just in California, but in Michigan as well,” said James Chen, Tesla’s vice president of regulatory affairs and associate general counsel.

Chen was in Lansing last week speaking at an awards ceremony hosted by the Michigan Energy Innovation Business Council.

He spoke with Midwest Energy News following the event about ongoing efforts to break into the Michigan retail market, its growth in the Midwest and how the company is forging partnerships with utilities to change the way energy is delivered.

Midwest Energy News: How does Tesla fit into a state like Michigan, home of auto manufacturing and the Big Three car companies?

Chen: We have to ask ourselves: Is America a place where we’re going to protect and isolate incumbent companies only or foster and encourage innovation? The MEIBC event was great to conquer some of those myths that only legacy industries are allowed in Michigan. It is very much a state that does encourage innovation.

That said, could it do better? Yes. The obvious and glaring example is with our direct consumer business being prohibited by law. That should change. But it’s not to say Michigan as a whole is unfriendly.

What’s your response to companies like General Motors that say — in supporting a ban on direct retail sales to customers — Tesla should play by the same rules as them?

Why aren’t Teslas sold at dealerships like other cars? What is the advantage to having retail stores?

‘Electric vehicle technology is completely different from the incumbent technology of internal combustion. ’

The traditional car industry cranks out millions of vehicles a year. Hundreds if not thousands are in inventory on dealer lots where you as a customer can come and look at a variety. By contrast, last year Tesla produced 35,000 vehicles worldwide. This year, if we hit our mark, we’ll hit between 50,000 and 52,000. GM and Ford individually make that many cars in the U.S. market in a single week. We are in a very, very different place.

Electric vehicle technology is completely different from the incumbent technology of internal combustion. No one has successfully brought this level of technology in electric vehicles in about 100 years. Consumers aren’t used to plug-in electric vehicles. The questions about them are long and numerous. Folks needs to be educated and our stores are set up as education centers. Employees are not paid by commission, but are salaried. They don’t have to worry about moving X number of cars. Their job is to educate folks. And the best place to get an education is the manufacturer, not a third-party dealer.

How active is Tesla in overturning Michigan’s ban on direct sales?

We’re certainly talking with legislators and have spoken with Gov. Snyder. There seems to be a willingness to reconsider the decision from last year. We’re having those conversations. We’d very much like to see the law change. With a Republican majority, it makes sense. After all, it’s about allowing a business to choose its own path. Tesla coming into the state doesn’t mean dealers will shut down. This is an economic additive to the state.

Overall, how has Tesla been received in the Midwest? What kind of presence does it expect to have here?

We’ve been very welcomed by the Midwest. We have stores open in Illinois, Indiana, Ohio … and we certainly expect to increase our footprint. The Midwest is actually quite a strong market for us.

Do you envision advanced battery manufacturing eventually taking place in the Midwest?

We need to get our first factory up and running in Nevada, of course. The Gigafactory will produce enough battery packs for the models S, X and 3. We’re targeting for 300,000 vehicles by 2020. Our goal is to eventually get to millions of vehicles. Elon [Musk] has said this before: The Gigafactory is only the first of many he has envisioned.

On the electricity side, what are your thoughts on the growth in battery storage capabilities and what it might mean for the future of utilities?

Our biggest customers right now are commercial and utility-scale users. The uses for utilities are several, including peak shaving with storage, emergency backup in case there’s a problem, microgrid structures for transmission, capacity firming and ancillary services. All of those things the commercial and utility sector could benefit from.

But should utilities be concerned about the idea that businesses or homeowners could leave the grid — generating their own electricity from renewables and storing it to meet their needs?

I don’t think so. Let’s face it: The utilities will always be needed at least in the foreseeable future to produce a quantity of power for use, backup and consistency. Like when solar panels first came on the market and everyone thought [utilities would become obsolete], the same goes with the Powerwall. I don’t think we’re in a world where utilities have to worry. I think there are more benefits for the utilities from this technology than downsides.