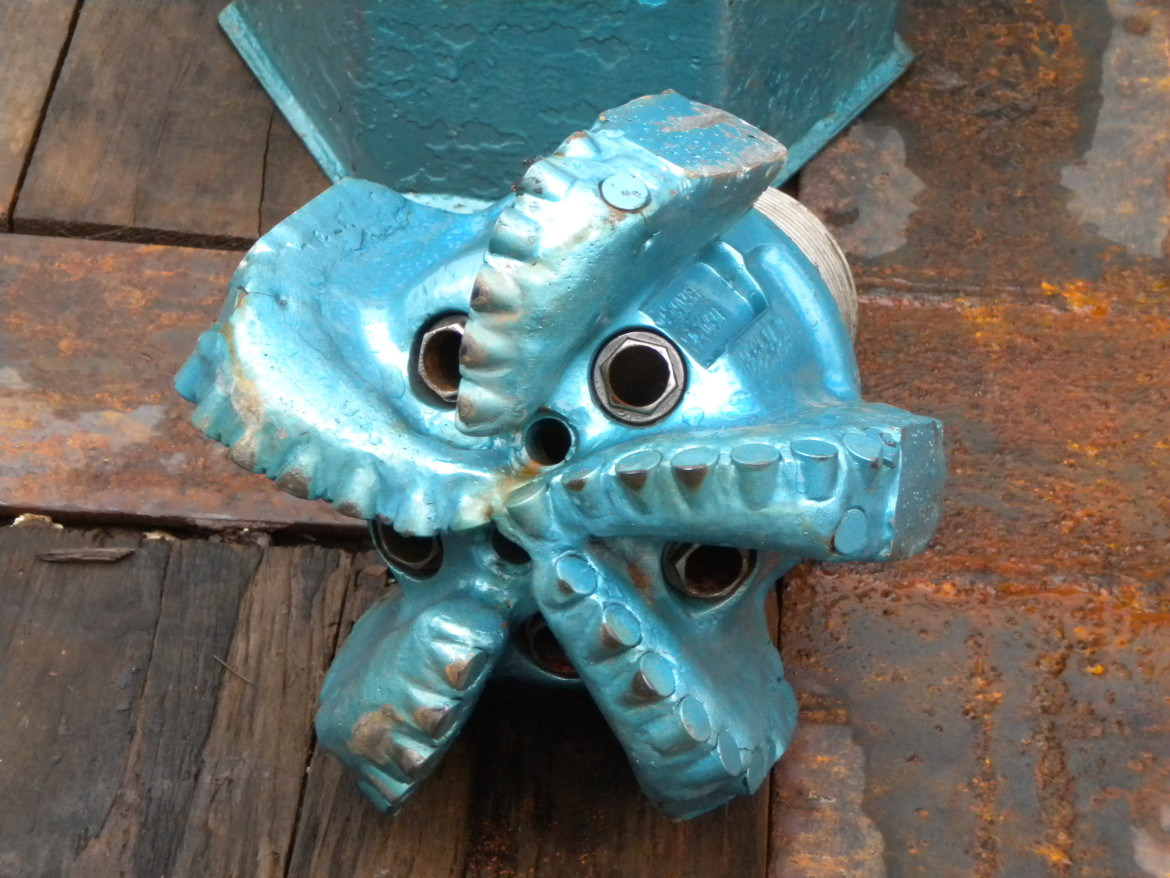 Shale layers that extend into Ohio are more than a source of natural gas. To geobiologists and environmental engineers, they’re also ecosystems.

Researchers are just beginning to explore what types of microbes can eke out a living in the intense pressures and high temperatures of the Marcellus and Utica shale layers.

Meanwhile, oil and gas development could be changing those ecosystems before the role of those organisms is understood.

Some effects of microbial activity could speed up degradation of equipment or otherwise interfere with the recovery of natural gas. Other effects might arguably enhance production.

Collaborating researchers from The Ohio State University and West Virginia University reported on their work at the Nov. 1-4 meeting of the Geological Society of America (GSA) in Baltimore, Maryland.

“A really big aspect of this is looking for life–deep life,” said Paula Mouser, an environmental engineer at The Ohio State University. “I’m pretty fascinated by how we as human beings are engineering at a large scale the deep subsurface and how what we do alters life down there.”

Anything that can survive at such depths must be able to cope with high temperatures and extreme pressure from the heavy overburden of rock.

Organisms in shale layers must also be able to deal with high salinity from brine found in the rock.

Those are certainly extreme conditions, but scientists had previously found bacteria at other locations more than 3 kilometers (9,800 feet) underground.

Samples used in the work presented at the GSA conference came from Marcellus shale sites in Pennsylvania and West Virginia at depths between 7,000 and 8,000 feet, reported Mouser.

The Marcellus shale extends into eastern Ohio, so the results are “very much” relevant to Ohio, Mouser said.

Indeed, she said, the research is also relevant to the Utica shale, which is deeper than the Marcellus. That’s because both layers are closer to the surface in Ohio than they are farther east in Pennsylvania, Mouser explained.

Work is already underway to study samples from the Utica layer. Some preliminary results show “fairly similar trends in the microbial communities” for both the Marcellus and Utica shales, Mouser noted.

Indeed, the “wet gas” that dominates the Utica shale may be more conducive to microbial life. “Wet” means that the gas from that layer has a relatively high proportion of other light hydrocarbons in addition to methane.

From a commercial standpoint, those compounds are valuable for plastics and other petrochemical products.

For microbes, those compounds are food. Thus, more of them might be living there. And over time, the microbes’ consumption of the compounds would make the gas less wet.

Less mature shale layers indeed had more signs of life in one of the studies presented at the GSA conference.

In another project, Mouser and her colleagues found evidence of a variety of microbes in produced water from the Marcellus shale after flowback of most fracking fluids.

“Most of those guys are probably not indigenous to the shale,” Mouser said. Because they were similar to bacteria found at the surface, they were probably already in fracking fluid when it was injected into the well, she explained.

“But we do think there’s life down there” that is native to the shale, Mouser added.

Methods from the various studies will help the researchers as they move on to the next step, she said. That work will involved collecting and analyzing samples from a newly drilled shale core in an area that has not yet been fracked.

Scientists don’t yet understand just what any native or introduced microbes might be doing deep beneath the surface.

On one hand, microbes might enhance methane production by breaking down heavier hydrocarbons for food.

On the other hand, microbes might cause problems too. They might contribute to corrosion of steel in well casings, for example. Or, perhaps they could cause clogging in fracked formations. The production of toxic byproducts is also a possibility.

However, Mouser said, “It’s just about impossible to kill everything, and these guys can develop resistance to some of these chemicals.”

“The oil and gas industry is actually doing itself a disservice by adding certain compounds to the fracking fluids,” Mouser added. “Some of the things they put in there are like candy to these organisms.”

The microbes also matter to scientists.

“We have microbial diversity both on the Earth and in the deep subsurface,” said Akondi. “I’m trying to see if microbes can actually live in the subsurface. And if they live there, how do they survive extreme conditions?”

Meanwhile, drilling operations could be changing those environments.

“The thing I worry about is the law of unintended consequences,” said Frank Corsetti, a geobiologist at the University of Southern California who did not work on the studies.

It’s unclear, he said, whether the same types of microbes would return after any biocides dissipated, or if other types with less desirable impacts might move in.

Even just extracting hydrocarbons could remove a food source for native microbes and change the balance in the subsurface ecosystem, Corsetti suggested. “When you change something, you don’t necessarily know what’s going to happen.”

One thing that’s not likely to happen is that microbes native to deep shale layers would start spreading at the surface. Microbes adapted to the extreme conditions underground almost certainly could not cope with the higher oxygen, lower pressure conditions at Earth’s surface.

“There’s not a risk that we’re bringing up creatures from the deep,” Mouser said. Then with a small laugh she added, “But who knows?”