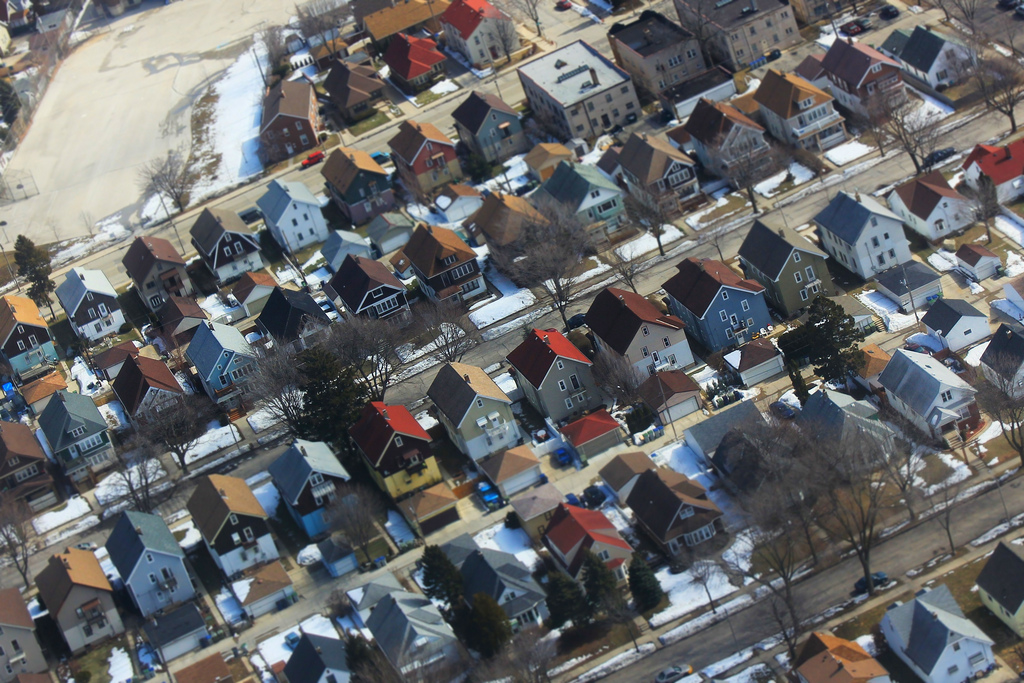 A debate in Wisconsin focuses on whether utility fixed charges distribute the burden fairly across all customers.

Wisconsin has gained national notoriety for large increases in fixed charges on utility bills – widely seen as a way for utilities to preserve their revenue as increased conservation, efficiency and distributed solar energy reduce customers’ electricity use.

And as utilities elsewhere in the country begin reconsidering the approach, cases are still going forward in Wisconsin.

The next chapter in this saga will come with the commission’s decision on Xcel Energy’s proposal to more than double its fixed rates – from $8 to $18 a month – in its northwestern Wisconsin service territory.

Consumer and renewable energy advocates say the move will make it much less viable for people to install solar, and that the change will mean harmful and disproportionate cost increases for low-income people who use less energy than average.

Fairness for low-income people – who typically can’t afford to install solar – is often one of the arguments utilities use to call for increased fixed charges, so that customers with solar pay their “fair share.”

Xcel has said the increased fixed charge would simply reflect the cost of delivering electricity and is not unfair to people who use less.

“The costs for meters, poles, wires and other infrastructure needed to ensure electricity is available when you need it do not vary – no matter how much energy a customer uses,” said Don Reck, regional vice president of Rates and Regulatory for the Xcel subsidiary NSP-Wisconsin, which filed the rate case in question. “Our goal is to more closely align the way we charge customers with the actual fixed cost to provide electric service.”

The public comment period recently closed on Xcel’s rate case, with 529 people making comments, all but one of them opposed to the increase, according to an analysis by RENEW Wisconsin.

“The number of Xcel customers that found out about this and participated in the public process was unprecedented,” said RENEW executive director Tyler Huebner. “Their customers were very engaged, a lot of different interest groups made their voices heard, and all of them are very concerned about the direction electricity is going, from both a pocketbook [standpoint] and the direction of our energy system as a state.

In Eau Claire, where NSP-Wisconsin is based, a city council committee unanimously proposed a non-binding resolution opposing the fixed rate increase. But the full city council voted it down.

The AARP and League of Women Voters local chapters are among the other groups that have opposed the fixed rate increase.

As in other Wisconsin utility cases, Xcel’s proposed fixed rate increase is paired with a decrease in the amount people would pay per unit of electricity. The Wisconsin Xcel proposal would lower per kilowatt-hour charges by 0.6 cents.

“As a result, a typical residential customer using 750 kilowatt-hour would see an increase in their bill of about $4.73 a month,” said Reck. “Sixty-five percent of customers will see electricity bill increases of no more than 10 percent – less than $7 per month. No residential or small commercial customers will see an electricity bill increase of more than $10 per month.”

But critics say an extra $10 a month is still a burden for low-income people, and they think the long-term damage goes beyond the rate increases noted by Xcel.

“We know a base rate increase is permanent, and a per-unit decrease is temporary, and in a year, two years’ time the per kilowatt-hour unit cost is going to go back up,” said Rev. Michael Wollman, president of Joining Our Neighbors, Advancing Hope (JONAH), a social justice organization based in Eau Claire.

“What Xcel is actually doing here is an attempt to raise cash quickly that will not be negotiable in the future based on volatility of the energy market. While that’s a business decision they feel they have to make, they’re also a monopoly in the area and they don’t give us a choice.”

Reck countered that even under the new rate structure, residents would have plenty of motivation to conserve energy or to install distributed solar generation.

“Even with the proposed increase to the fixed monthly customer charge, more than 80 percent of the typical customer’s bill is still based on the amount of energy used,” he said.

An analysis by John Howat of the National Consumer Law Center found that around the country, low-income people (at 150 percent of the poverty line or lower) and households headed by a senior citizen over 65 use significantly less energy than average.

JONAH’s analysis notes that, “For an average Wisconsin household – using about 750 kilowatt hours per month – [Xcel’s proposed changes] works out to an extra $4.68 per month, a 4.6 percent increase. But a customer using only 200 kilowatt-hours would see her bill increase by $8.58, or 26 percent.”

Wollman said JONAH strongly supports solar energy, but solar isn’t the major issue at play in Xcel’s territory. He noted that solar installations there are “still exceptional cases.” He’s not necessarily opposed to rates that make sure people with solar pay enough to keep up the grid.

“But not on everybody who can’t even dream of going to solar,” he said. “There are those who will never be able to invest in that.”

“Our main concern is the fact this would hit the low-income folks the hardest,” added JONAH member Sue Suechting. “As a social justice organization, we’re most concerned about how it would affect the poor and elderly and minority who we understand use less energy on average.”

Reck said that while Xcel doesn’t survey its customers’ incomes, they have not seen evidence that lower-income people or seniors use less energy.

“We have looked at other data sources to compare income with energy usage in our service territory,” he said. “There appears to be very little correlation between income and energy usage.”

Disparity with other states

Xcel also has service territory in Minnesota, along with North Dakota and South Dakota.

Minnesota Xcel customers have fixed charges between $8 and $14 per month, and a proposed rate case filed by Xcel Nov. 2 could increase those charges to $10 to $16 per month. The charge is meant to help Xcel modernize the grid and make investments in low-carbon energy sources, according to a company press release.

Almost a quarter of the $297 million the company plans to raise will be invested in nuclear energy, according to the press release. In North and South Dakota, the company has approval for $14.50 to $18.75 per month in fixed charges.

“For the standard homeowner or apartment dweller in Minnesota, it’s $8, and here it’s $8,” said Huebner. “In Minnesota in the future it may be $10, and here if they get what they want, it will be $18. That’s a pretty big disparity.”

Reck noted that different Xcel subsidiaries serve customers in the different service territories, and each subsidiary proposes its own rates. In testimony before the commission he said that in more rural areas like Wisconsin, it costs more per person to maintain the grid, since there are fewer customers per mile of transmission line.

“Ultimately decisions regarding rate cases, rate structures and energy policy are made by the state regulatory commissions, and may vary by state,” he said.

Huebner hopes that as in the WPS decision, the Public Service Commission decides to take more time to study the impact of fixed charge before approving Xcel’s proposal.

“They should have to wait to see how customers in other parts of the state are affected by these high fixed charges,” said Huebner.