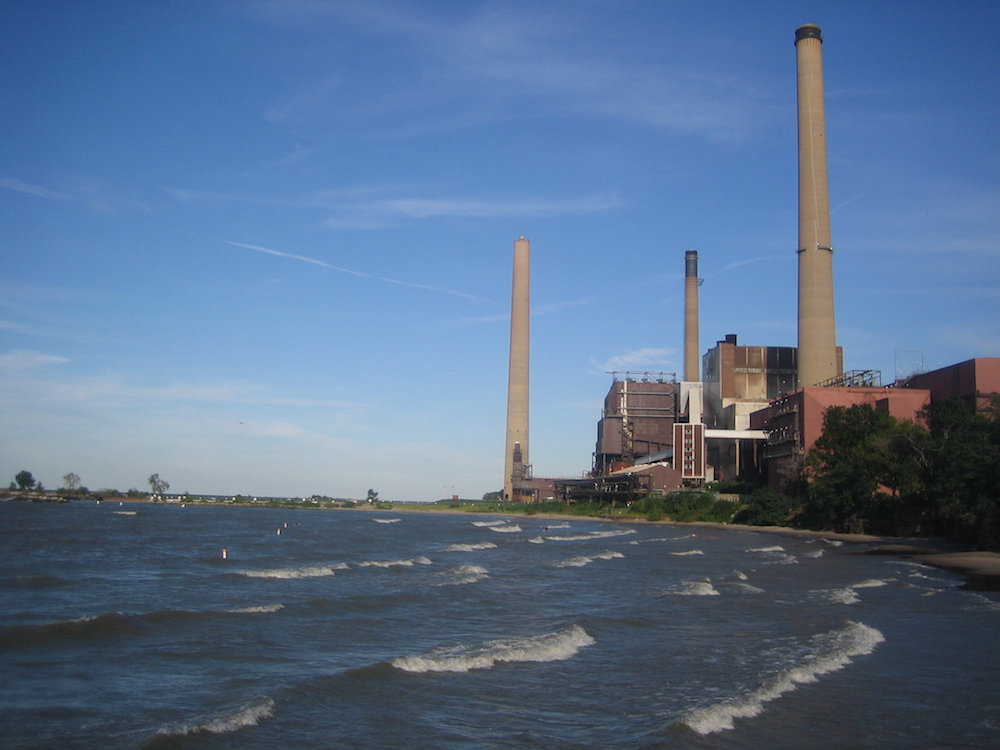 Officials with NRG Energy reportedly weighed the option of converting the Avon Lake coal plant near Cleveland to natural gas. Instead the company installed pollution controls and will continue burning coal for now.

Both supporters and opponents already see the federal Clean Power Plan playing a role in Ohio’s energy future, amid ongoing litigation and preparation for compliance by state officials.

State and federal government officials addressed implications of the Clean Power Plan at a conference held by Ohio Advanced Energy Economy in Columbus on November 18.

Those federal rules by the U.S. Environmental Protection Agency aim to reduce greenhouse gas emissions from power plants by targeted amounts by 2030. Ohio would need to reduce its rate of carbon emissions by 37 percent in that time from 2012 levels.

Speaking at the Ohio Advanced Energy Economy conference, Robert Hodanbosi of Ohio EPA’s air pollution division expanded on reasons behind the state’s joining a federal court challenge to the rules.

In contrast, keynote speaker Megan Ceronsky, a senior White House policy advisor, stressed that the country needs the Clean Power Plan and countered objections that Ohio and others have raised to it.

“These are legal rules that are urgently needed, and we are confident that we will prevail,” Ceronsky said.

Despite state and White House officials being at odds over the rules, Ohio leaders are working through the early stages of complying with the Clean Power Plan just in case they are upheld in court.

Moreover, climate change impacts fall hardest on “the most vulnerable among us,” including children, the elderly and people with different diseases, she said.

Even beyond those impacts, climate change increases the country’s “risk of destabilization,” Ceronsky said. Government officials have previously identified threats to infrastructure, security concerns and energy resiliency, for example.

“The president has been clear that we must act, and the Clean Power Plan is the central part of his plan,” she said.

Implementing the Clean Power Plan will be a “tremendous victory for public health,” Ceronsky continued, noting that — among other things — achieving its targets will reduce asthma attacks in children by 70 percent by 2030.

The Clean Power Plan wins out in any cost-benefit analysis as well, she added, with between $34 billion and $54 billion per year in benefits expected by 2030.

Meanwhile, Ohio Attorney General Mike DeWine has been vocal in alleging the federal rules are unconstitutional, while Ohio EPA Director Craig Butler has said it would be “irresponsible” for the federal government to impose the rules before litigation is settled.

To the contrary, Ceronsky said earlier in the day, U.S. EPA was required to issue rules regulating the emission of greenhouse gases. Indeed, in 2007 the U.S. Supreme Court ruled that the agency had previously erred by not doing anything about the issue of carbon emissions and climate change.

Hodanbosi also objected to the agency’s use of Section 111(d) of the Clean Air Act as the basis for the Clean Power Plan.

“U.S. EPA has adopted rules to revamp the entire electric generation and distribution system under this one small provision of the Clean Air Act,” he said.

However, Ceronsky said language in other federal court cases indicated that Section 111(d) is precisely the provision under which power plant emissions should be regulated.

Hodanbosi also objected to the federal agency’s general encroachment on state authority. “Regulating how electricity is generated in the states has traditionally been the realm of state government and not the federal government — particularly not U.S. EPA,” he said.

Ceronsky noted that the agency indeed has authority to regulate pollution from the energy sector, as well as other sources. The rules under the Clean Power Plan target pollution from greenhouse gases, and the means to achieve those reductions is up to the individual states.

“If [carbon emissions] are a threat to human health and welfare, EPA is required to regulate them under the Clean Air Act,” Ceronsky said.

Moreover, Ceronsky said, the federal rules rely on what various states are already doing. U.S. EPA could have adopted “more restrictive measures,” she said. Instead, “[EPA] went the more flexible route, and that is what they’re supposed to do” under federal law.

Despite such strong opposition from state officials, Ohio is exploring its compliance options while also seeking a two-year extension for a Statewide Carbon Implementation Plan.

“We are working closely with our [state] attorney general’s office on the various appeals, and we’ll see how all that goes forward,” Hodanbosi said. But, he added, “All these rule appeals take time.”

Thus, while Ohio continues to fight the Clean Power Plan in court, “We need to be going forward with figuring out what needs to be done under these final rules that were adopted by U.S. EPA.,” Hodanbosi said.

That means the state must prepare a plan for how it will meet the rules’ targets. Otherwise, the state runs the risk of having to comply with a proposed “federal backstop” plan, Hodanbosi said. The state agency is reviewing that proposal and plans to comment on it.

In Michigan, Republican Gov. Rick Snyder announced in September — with a broad base of support — that Michigan would put together a statewide compliance plan without seeking an extension. Attorney General Bill Schuette, however, has joined the federal lawsuit to block the rules.

The immediate focus in Ohio, though, “is what we need to get in place to get an extension until 2018” for submission of Ohio’s own state implementation plan, Hodanbosi noted.

“If we have more time, I think we will be able to come up with a plan that is more suited to the state and tries to minimize the impacts,” he said.

“The bottom line is we want to have whatever — if these requirements stay in place — is the lowest cost option for the citizens of Ohio and to maintain reliability,” Hodanbosi continued. “What everyone wants and everyone needs is low-cost power and reliable power,” particularly for the manufacturing sector, he said.