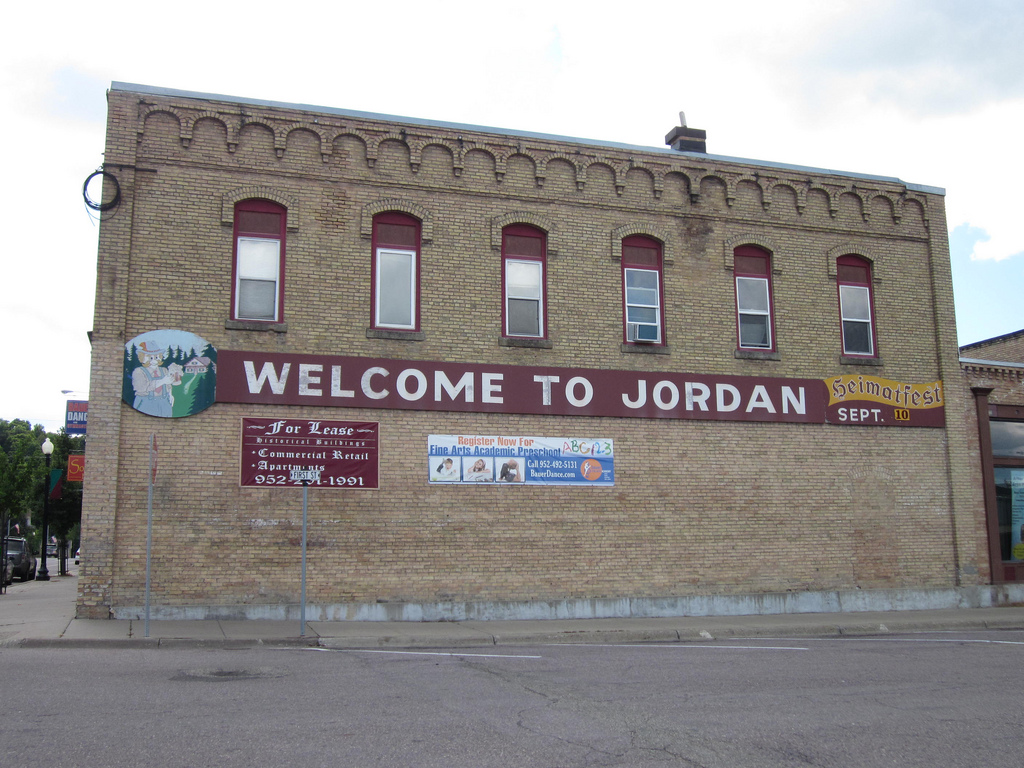 After speaking to several solar developers earlier this year, a Minnesota town decided last month to subscribe to a community solar garden that will be operated by Sunshare.

Jordan, a community of 6,148 residents southwest of Minneapolis, became the largest and one of the first cities in Minnesota to announce it would be offsetting its electric use through community solar.

That short but growing list of cities subscribing to gardens includes, for now, just the nearby community of Cologne, which signed a contract with Sunshare earlier this year.

Jordan’s power would come from a 5 megawatt community garden proposed for Blakely Township in Scott County. The garden could also serve nearby Savage, where city council members in October heard about the benefits of community solar from a Sunshare representative.

Under the 25-year contract Jordan could save as much as $1.6 million by 2040, according to Tom Nikunen, city administrator. That is based on the assumption that Xcel Energy, which serves Jordan, will increase costs on average of four percent a year over the length of the contract.

Over the past decade the utility’s costs have increased closer to five percent a year, he said, and if that size increase continues the cost savings would be closer to $2 million. The day the contract was signed, Xcel requested a nearly 10 percent increase spread out over the next three years.

Jordan used a methodical approach to deciding on a solar garden. “We spoke to several solar garden companies and looked at the option of using city land and city financing to build a community solar garden with a developer,” Nikunen said.

The idea of a city-owned array had some appeal because of the potential for greater long-term cost savings, he said. The city had land available for a solar garden, but the council did not like having to pay upfront costs and worried the technology installed today would become outmoded over a 25-year contract, Nikunen said.

“With the Sunshare subscription they bill us and that means the risk is not with us,” he noted. “We understand the reward would be greater if we owned (the garden) but the council didn’t want to gamble that much.”

‘When you’re looking at your own pocketbook and seeing you could save $2 million, it’s hard to fight that.’

Scott County tends to be conservative and Jordan is no different. The subscription, however, has something in it for everyone.

One of those conservatives who supported the deal was council member Mike Franklin, who brought the community solar concept to city officials earlier this year. He sees buying a subscription as a “hedge” against rising energy costs with few downside risks.

The biggest risk is that Sunshare at some point would go out of business but if that scenario emerged the city would simply contract with Xcel to buy energy, he said.

Most of the debate over the community garden, in workgroups and in the city council, focused on the whether the city could save money on the deal, Franklin said.

The environmental attributes of the deal didn’t really come into play, though Sunshare’s research showed the contract will offset 81.5 million pounds of carbon dioxide and 16 million gallons of water that might otherwise be used for coal generation to keep the lights on.

“There are obvious environment impacts but the city council’s decision didn’t focus on the environmental issue at all,” he said. “I’m happy about the environmental impact of this but if the financial aspects of the deal didn’t make sense I would not have been as enthusiastic about it.”

The public felt a bit differently. The city received many calls and emails from citizens who supported the notion of Jordan offsetting energy use with renewable energy, Nikunen added.

“We think this is a fantastic investment for our city based on the factors we know right now and our citizens seem to agree,” he said.