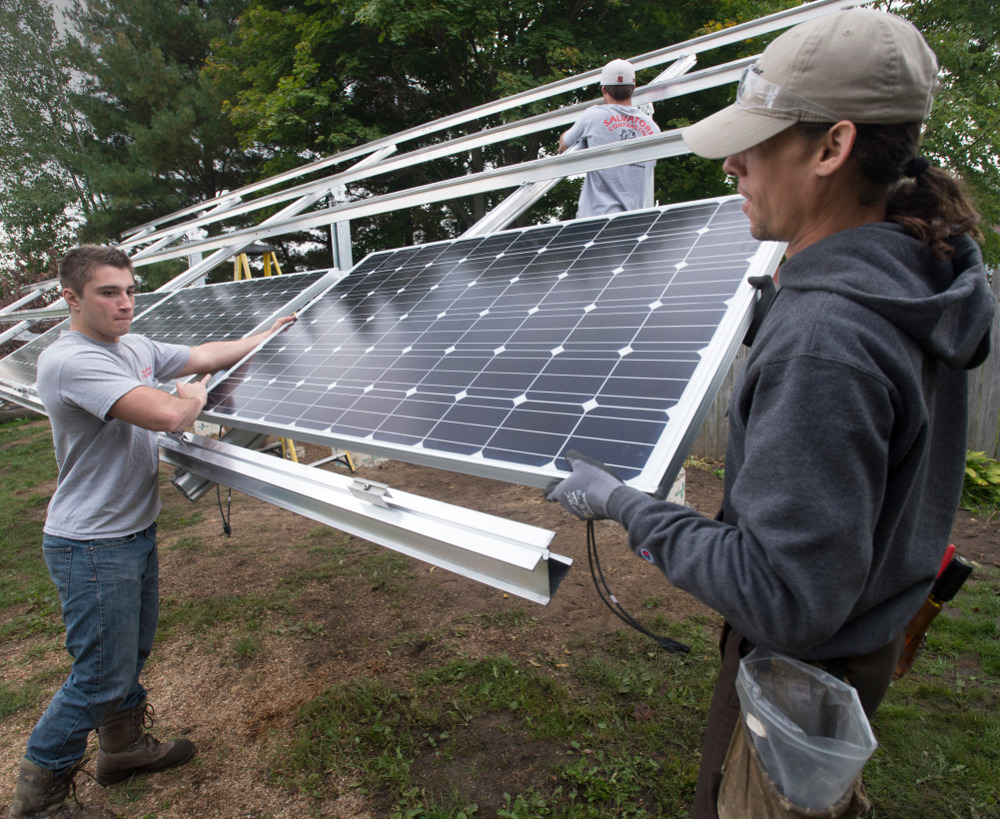 In Michigan, more than 300 businesses are active in the clean-energy sector, creating a supply chain of manufacturing, financing, engineering, designing and installing wind, solar and advanced battery systems, according to a new report from the Chicago-based Environmental Law and Policy Center.

And much of that economic development can be attributed to the state’s 2008 renewable portfolio standard that mandated 10 percent of the state’s generation portfolio come from renewables by the end of this year. Utilities have easily hit the target.

“We found the economic impact of the industry in Michigan is significant,” said John Paul Jewell, ELPC research coordinator.

The ELPC is a member of RE-AMP, which publishes Midwest Energy News.

ELPC researchers found at least 187 businesses in the solar supply chain and at least 133 in wind. Michigan, with a strong manufacturing legacy, is also home to several companies that have transitioned from traditional sectors to advanced energy systems.

The Michigan Conservative Energy Forum, a Republican-led group pushing for more clean energy development in the state, earlier this year pegged total investment at $2.2 billion and supporting 6,000 jobs. The group issued a report in 2014 saying that a renewable portfolio of 20 percent by 2025 would result in a total output of over $6.5 billion, support more than 41,000 job years and create $2.11 billion in employee compensation.

The MCEF — comprised of local officials, conservative political groups and private business owners — doesn’t specifically advocate for an expanded mandate, but it has supported Gov. Rick Snyder’s goal of 40 percent by 2025 through renewables and energy efficiency.

Amy Butler, executive director of OU INC, a business incubator at Oakland University in southeast Michigan that specializes in clean-energy startups, agrees there is a direct link between energy policy and economic development. There is not only an environmental case to be made for clean energy, she says, but a business one as well.

“If you do not have a strong policy that supports the use of alternative energy, it’s going to be hard to get innovations to the market,” Butler said. “If there’s not a demand for new solutions, it’s hard to drive those new solutions and get them adopted. Strong energy policy will attract energy solution companies to the state.”

As state lawmakers work into 2016 on new comprehensive energy policy, the ELPC report calls for an expansion of renewable and efficiency standards as well as expanded net metering to send those signals to the market.

“I would be hiring an additional installation crew, a crew manager and a full-time office manager if it wasn’t for the legislation that is being promulgated in Lansing,” he said.

“It’s not about fairness, it’s about halting competition,” he said of the net metering proposal, which is backed by the state’s major utilities DTE and Consumers Energy.

The primary component of the House and Senate proposals calls for using Integrated Resource Planning to replace the standards that level off at the end of the year. Clean-energy supporters doubt whether it can fully replace a policy that’s proven to be successful.

“We need legislation that is going to support innovation and development in the energy field,” Butler said. “Standards have gotten us a long way, and I don’t want to see us lose that momentum.”