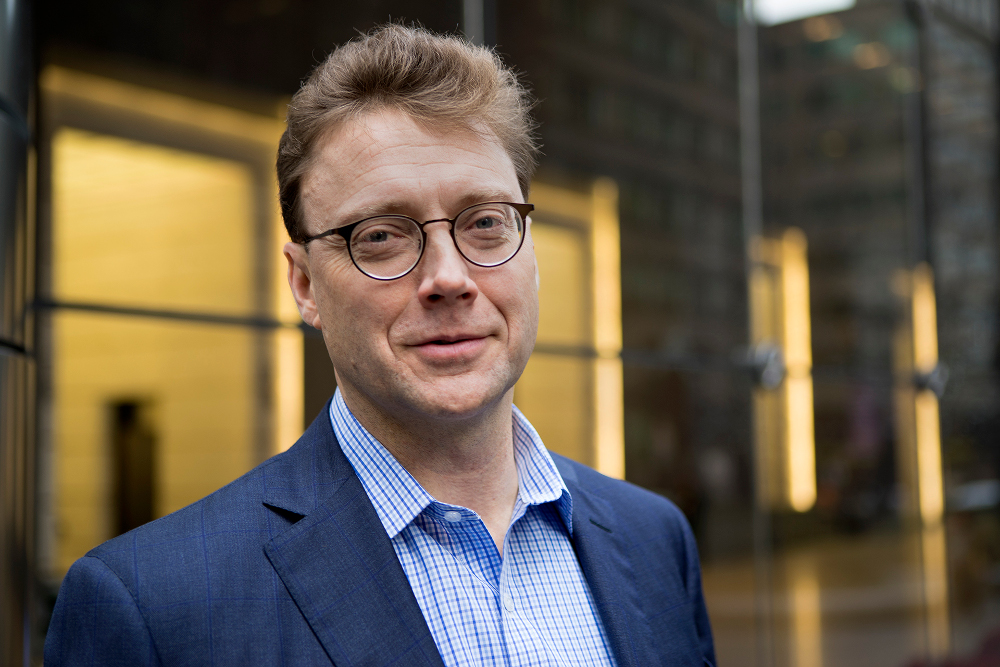 Under Francetic, the clean energy accelerator deployed more than $3.2 million in investments in 29 startups, and expanded its annual Clean Energy Challenge awards to more than $1 million, from $300,000 in 2013. Francetic will remain on the board of directors while pursuing other business opportunities.

Birkerts, meanwhile, has been with the Clean Energy Trust since 2013. He has more than 20 years of experience in the clean energy and venture capital worlds, serving on the senior management teams of two venture capital-backed startups during their IPOs. He was executive vice president and chief operating officer at Orion Energy Systems, a Wisconsin-based maker of energy efficient and “smart” lighting systems.

Birkerts recently talked with Midwest Energy News about the Clean Energy Trust’s past and future (transcript edited for length and clarity).

Midwest Energy News: What initially attracted you to the Clean Energy Trust?

Birkerts: I had known Amy even prior to the Clean Energy Trust being founded. I started as an adviser then engaged with the organization and joined full-time in 2013.

What attracted me to working with Amy at the Clean Energy Trust was creating an ecosystem to be able to make any company successful and an industry sector successful.

What are the Trust’s biggest achievements so far?

When Amy, Nick Pritzker and Michael Polsky came together to create the Clean Energy Trust, there really wasn’t a (clean energy startup) ecosystem in Illinois, Chicago or even the broader Midwest, there wasn’t a community for emerging entrepreneurs to have a peer group. The Trust has been very successful in establishing that.

What are key lessons you learned from the venture capital or startup sector, that are relevant to transforming the energy landscape?

There’s always two pieces to the equation – if you’re an entrepreneur in clean energy or software or health care or whatever, there’s capital, which is the lifeblood. But that capital has to be met with support and services, so the entrepreneurs not only have the money but the resources they can draw on to be successful.

We make small seed investments, on the capital side of the equation, but more importantly we’re throwing our resources at developing the companies we work with through services and support…whether it’s with utilities and large corporations or investors that have the deeper pool and the capital to invest in these companies.

Did you see that need for support first-hand at Orion?

What’s interesting about Orion is it was founded in Plymouth, Wisconsin and then moved into a large manufacturing facility in Manitowoc that was basically left vacant by Rubbermaid when it went offshore (moving its Mirro plant operations to Mexico).

Both Plymouth and Manitowoc had great resources in terms of workforce, a great legacy of people with manufacturing backgrounds. But there wasn’t a high degree of support around venture capital or some of the more new economy services and supports that are necessary for that company to have the mentorship and connections to large customers or large investors. That all had to be created through hard work on the part of Orion. There were no external resources to draw on.

In addition to Orion Energy Systems, what was the other venture capital-backed IPO you helped lead?

Network Commerce, based in Seattle, was a company that made technologies that enabled e-commerce. It was payment processing technologies, shopping cart technologies, the tools a lot of e-commerce sites would use when they were getting set up to do e-commerce on the internet. When the technology bubble burst, many of those customers went out of business. It was a rocket ship ride. It went public, investors made a lot of money, but the sad part was the company had to end being sold.

Does e-commerce carry over to clean energy?

Whenever you’re building a business and looking to grow it, there’s always a real deliberation over how quickly to scale. Do you scale and hire people to meet the opportunity that’s in front of you, or do you take a slower approach and perhaps be more prudent in hiring and expanding, but then risk missing opportunities that you might otherwise have been able to capture if you had the resources in place?

There’s always that tension between those two objectives. That scar tissue (from the Seattle IPO) is something that’s really valuable to bring to the table.

How does the approach of entrepreneurs and research institutions differ, and what are the keys to bringing them together in a larger collaborative effort?

Last week there were some interesting announcements that came out from COP21 in Paris. One of them was an initiative by the U.S. government to launch something called Mission Innovation. In conjunction you had Bill Gates announcing something called the Breakthrough Energy Coalition.

Mission Innovation on the public sector side was the U.S. government announcing it would double research and development funding over the next five years. At the same, time Bill Gates is announcing he’d pulled together a coalition of high-net-worth individuals who are going to invest in clean tech. They’re investing their own personal capital toward these goals, not their venture capital firms’ capital. You’ve got this going on, it’s just exemplary that there are a lot of new non-traditional players entering the space.

What can you say about Amy Francetic’s achievements or legacy at the Trust?

Amy is not only a great business woman, but she has a true gift to evangelize and be out front speaking about big issues and drawing attention to big issues. She really has the persona and the eloquence to really have pulled in and drawn attention to an issue.

If you had someone who was more quiet or more of a shrinking violent, I don’t think the Clean Energy Trust would be where it’s at. She has star power in this sector and she’s done very well in terms of pulling together stakeholders and galvanizing a lot of energy and excitement around what we do and what the energy sector does.

How is the Clean Energy Trust helping to build “utilities of the future” or to modernize and reimagine the grid?

We’re very focused on the utility of the future and the emergence of distributed generation and energy storage. We’re doing quite a bit of work on energy storage.

We’re the commercialization partner for the Joint Center for Energy Storage Research at Argonne, which is looking to develop storage technology beyond lithium ion. We’re invested in a series of battery companies as well as companies that have hardware and software solutions for distributed generation.

This is clearly an opportunity area for emerging technology companies because the utilities are having to think about what their new business models will be; and what will be required to achieve those new business models are all in the nascent stages right now. We’re helping to support the companies that hopefully will be the key to the utility of the future.

What are major challenges and opportunities facing Chicago or the Midwest on the clean energy transition front?

The Midwest has tremendous assets between the Big Ten schools and other universities with world-class engineering programs. We have Argonne, Fermilab, the Gas Technology Institute, right here in Chicago. And look at the number of Fortune 500 corporations in the Midwest, we definitely have an advantage in terms of the customer base.

We have all the building blocks, you layer on top of that this emerging entrepreneurial class. You put all those pieces together and Chicago is really positioned to be a leader in clean tech. We can clearly be a leader in energy storage. We could also be one of the leaders in efficiency in the built environment, because we have a concentration of the big players here.

I’m just extremely optimistic about what’s going on. There was a period where people were concerned that the first wave of clean tech investing ran into the rocks and a lot of traditional venture capital pulled out as a result, because the nature of clean tech investing is different than other types of investing. You now have foundations such as MacArthur getting involved in clean tech. You also have family offices and wealthy philanthropists who made their money as entrepreneurs, who are looking to deploy that money through direct investment.

The philosophy is that investing in emerging technologies can solve world problems, that solutions will emerge from entrepreneurial initiatives.