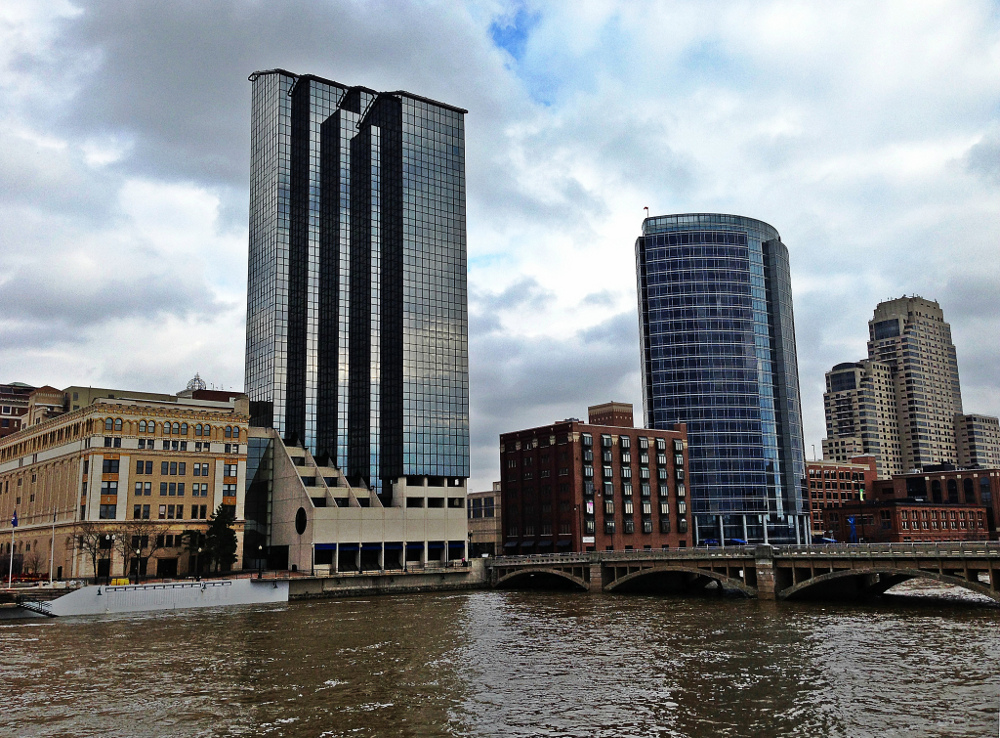 Grand Rapids, Michigan today became the second city in the Midwest and 11th in the nation to set ambitious energy reduction targets over the next 15 years.

By officially becoming an “established 2030 District,” building owners in the downtown core voluntarily committed to reducing energy use 50 percent from 2003 levels by 2030. New and existing buildings also commit to cut water use and emissions from transportation in half by 2030.

City and clean-energy leaders called it another step in the mid-size city’s effort to eventually become carbon neutral by 2030.

Grand Rapids Mayor George Heartwell called for establishing the district in his State of the City address earlier this year.

“It feels like the acceleration of a series of small things,” Heartwell announced today at the Grand Rapids Art Museum, the first LEED Gold-certified art museum in the world. “And we’re announcing this right on the heels of an incredible agreement in Paris last week.”

Heartwell represented Grand Rapids at the negotiations in Paris over the past week. While he is term-limited out of office at the end of the month, Heartwell is known in Michigan for an aggressive environmental agenda.

The Grand Rapids City Commission is scheduled to vote Tuesday on a $9.3 million plan to retrofit all 19,000 of the city’s streetlights with LEDs. The city is also in the final stages of an agreement for a 3-megawatt solar project on a former brownfield site. Heartwell has a 100 percent renewable energy goal for the city by 2020.

“We’re doing a series of small things that seem to be coming together around a sense of global change,” he said. “This is one more piece of the puzzle.”

Started in Seattle in 2011, 2030 Districts set energy-use reduction targets for existing buildings and new construction, as well as create standards for a variety of environmental targets.

The Grand Rapids 2030 District involves 20 building owners representing 61 buildings, or just under 10 million square feet of downtown real estate. It will be run by the West Michigan chapter of the U.S. Green Building Council and guided by a board with members from the public and private sectors.

A key component to 2030 Districts is a commitment from the private sector to participate.

“There’s been a whole shift in the market. It’s not just about profit anymore, it’s about the people in the community,” said Drew Coppess, chairman of the 2030 District Leadership Council and director of environmental sustainability for a Grand Rapids-based real estate developer. “Our whole goal is to build a strong community and we’ve started to bring the environment into that.”

Officials in Detroit and Ann Arbor are also working on establishing 2030 districts. Funding for the districts varies through local and national grants as well as corporate sponsorships.

“Grand Rapids’ move to establish a 2030 District makes a strong case for urban sustainability and we welcome them into the 2030 Districts Network,” Vincent Martinez, director of development and operations for Architecture 2030, said in a statement. “Now at a dozen established 2030 Districts around North America, the network is poised to build on the best practices of its collective members and partners.”