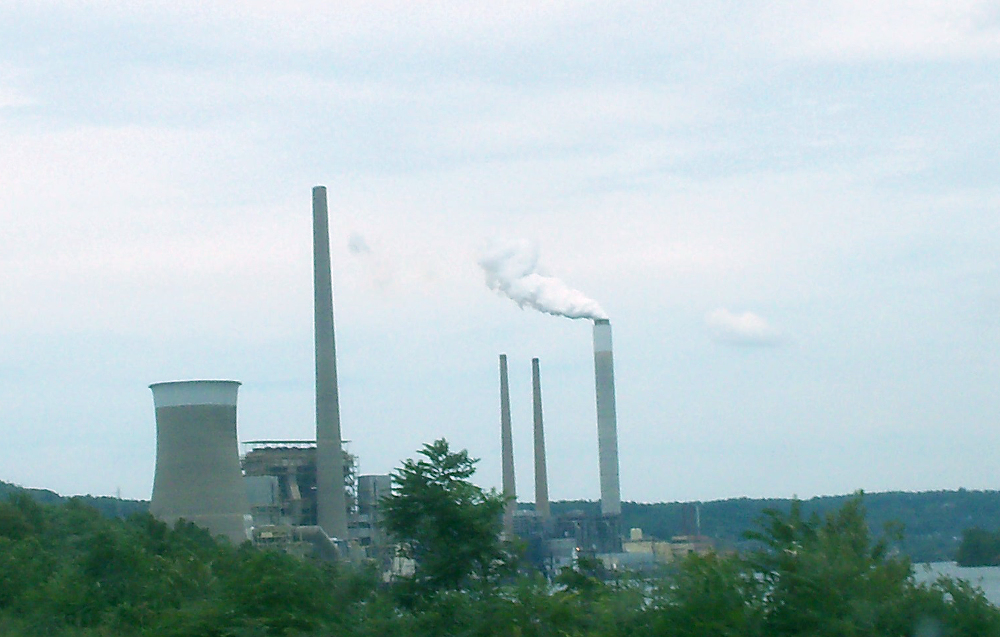 Some of American Electric Power's coal units, including Unit 1 at Cardinal Station, would close under a compromise revenue guarantee proposal.

In return for various commitments, the Sierra Club has agreed to drop its opposition to the plan, which it and other groups had called a “bailout” with no net benefit to consumers.

Similar splits have occurred on “only on a few situations that I can recall,” said Trish Demeter of the Ohio Environmental Council. Although several provisions in the proposed settlement would lead to a cleaner energy mix, those terms weren’t enough to overcome her organization’s objections.

“The way that this settlement is written, there aren’t the guarantees there that make us feel comfortable enough to say that those benefits outweigh the costs to Ohio consumers’ pocketbooks and the costs to their health on Day 1, immediately, if these deals are approved,” Demeter said.

The settlement, announced on December 14, won’t take effect unless it gets approval from the Public Utilities Commission of Ohio. The revised plan already has backing from PUCO staff, as well as support from various other companies and organizations.

The settlement retains plans for AEP’s Ohio utility to buy electricity from six coal-fired power plants, resell it on the market, and charge all distribution customers for any difference between the contract price and the resale price.

The settlement now specifies an eight-year term, instead of the original proposal, which would have been “for the remaining life” of various units. Covered plants include the Cardinal, Conesville, Stuart and Zimmer plants owned by AEP’s generation subsidiary, as well as AEP’s interest in two 1950s-era coal plants owned by the Ohio Valley Electric Corporation. Currently planned retirement years for units at the AEP-owned plants run from 2033 through 2051.

AEP claims the plan will eventually produce $721 million in net savings for customers. The company commits to assume up to $100 million of risk over the last four years of the plan, either to be allowed as credits or to offset potential shortfalls for those years.

That $100 million amount is 5 percent of the $2 billion that the Office of the Ohio Consumers’ Counsel  (OCC) estimates will be the net cost of the required electricity purchases, with more costs to come from other provisions of the settlement.

Additional terms under the settlement include commitments from AEP to close certain units or convert them to natural gas by various dates, develop a transition plan for workers at various plants, add more renewable energy to AEP’s generation mix, take various actions to boost energy efficiency, and locate new jobs in Ohio’s Appalachian area, with job preferences for veterans.

“We believe the PUCO should approve this agreement because it addresses a number of issues from various parties and provides customers significant benefits around grid reliability, renewable energy, energy efficiency and grid modernization,” said AEP spokesperson Terri Flora. “It also continues to support the state’s economy by keeping hundreds of Ohioans employed and millions of dollars of economic benefits in place.”

While the Sierra Club still disapproves of subsidizing noncompetitive plants, including those in the AEP case, it has agreed to drop its opposition to the plan.

No single provision led to that agreement, said Dan Sawmiller of the Sierra Club. Rather, it was all of AEP’s additional commitments “taken together.”

“I would call this a pragmatic compromise,” Sawmiller said. “This is nowhere near a perfect deal. But it does reflect pragmatism and reasonable compromise on both sides.”

Viewed as a whole, the settlement will lead to “a significant reduction in carbon pollution in Ohio,” Sawmiller explained. “It helps to reinvigorate the clean energy economy that has been stalled. It also sets us on a path towards complying with the Clean Power Plan.”

‘This is nowhere near a perfect deal. But it does reflect pragmatism and reasonable compromise on both sides.’

The settlement’s commitment to add 500 megawatts (MW) of wind energy and 400 MW of solar energy will be “the largest investment in renewable energy in Ohio’s history,” Sawmiller added.

Some of that investment might have been expected anyway, based on market trends, legal developments and other factors, he said. But, Sawmiller stressed, “This progress was not being made, and now AEP is committed to moving forward.”

“Having the Sierra Club support the agreement is important,” said Flora, who reaffirmed AEP’s commitment to environmental investments. “This agreement in total shows serious discussion and the ability to find common ground by a diverse number of parties,” including low-income customers, businesses and environmental organizations.

“The Sierra Club’s support is also a factor that we believe the PUCO should view favorably, since it demonstrates that the package of terms and conditions in the agreement are more balanced than they would have been without that support,” Flora added.

“What they were offering was so minor compared to the fundamental flaws with the proposed bailout that we just couldn’t go along because it was not good for either the environment or the consumers,” said Dick Munson of the Environmental Defense Fund.

“The subsidies through the form of the power purchase agreement basically ensure that uneconomic and dirty power plants would be able to continue operating and spewing carbon and other pollutants,” Munson continued. “We just thought that this was a bad deal for the environment.”

“Certainly with the low cost of natural gas and the fact that AEP was requesting subsidies to continue operating these facilities, I think a strong case could be made that the market was going to close them quite soon,” Munson added.

Now, however, “this agreement gives them subsidies to allow them to continue to operate. From an environmental perspective, that just means more pollution,” he said.

Demeter said “it’s not comforting to think that we’ve got many more steps to go through” before Ohioans would get the additional renewable energy, energy efficiency and other benefits promised by the agreement.

“Wall Street loves this deal because it locks in AEP profits at 10.38 percent for the next eight years,” noted Demeter. “And the price that they’re locking in for these coal plant bailouts is above market price.”

“So Ohio consumers have their choice taken away in terms of where they’re getting their energy from, and it’s totally squashing the competitive market,” Demeter stressed.

Although there would be some PUCO review of the continued prudence of the arrangement, the covered plants are not subject to regulation themselves, and neither the underlying power purchase agreement nor the cost data supporting its charges are open to the public.

As a result, AEP would enjoy the benefits of regulation without having close scrutiny of generation costs and other requirements that full regulation would require, Demeter said. “They get all the carrots, but they don’t get any of the sticks.”

Those comments are consistent with criticism from the Office of the Ohio Consumers’ Counsel, which likewise opposes the settlement.

“It’s a sad day for AEP’s consumers when, sixteen years after the 1999 deregulation law the government is being asked to impose charges on consumers for a bail-out of deregulated power plants,” OCC’s Bruce Weston said in a prepared statement. “Consumers should not be charged a penny more than the cost of power in the market.”

Indeed, language in the proposed settlement could let AEP recover additional costs from utility customers for other commitments, including those for renewable energy that might be owned in part by AEP and its affiliates.

Other companies engaged in the electricity generation business generally make investments at their own risk, without such guarantees.