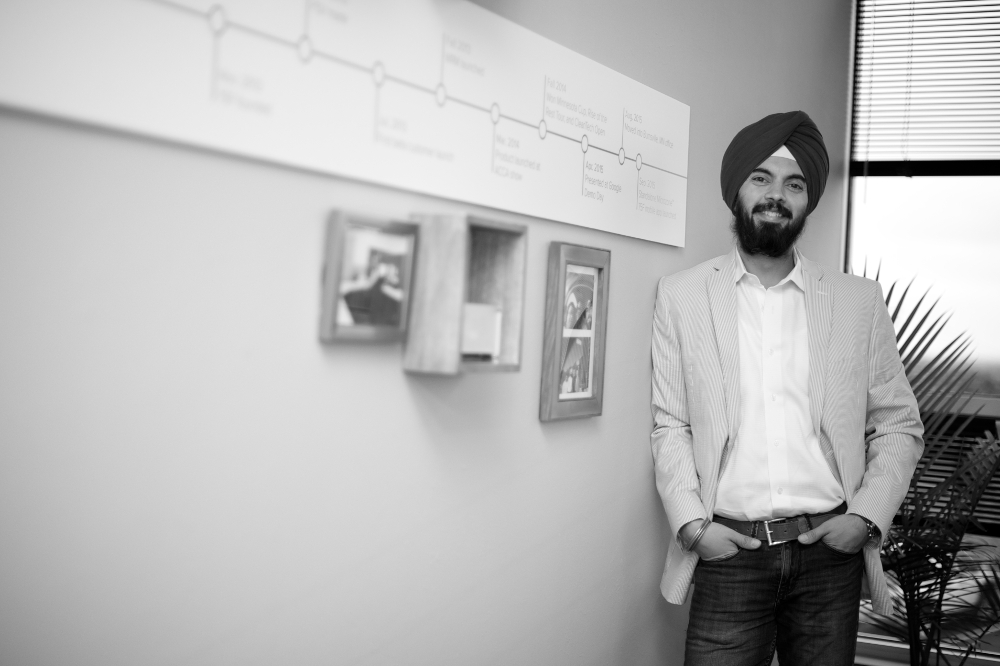 White House officials heard from a Minnesota entrepreneur in December that energy efficiency should be a greater part of a federal effort to reduce greenhouse gas emissions.

During a visit to the White House with 34 other clean energy business owners, Deepinder Singh called on the Obama Administration to promote policies that encourage energy efficiency as part of its Clean Power Plan.

The contentious plan is one of the federal government’s main strategies for reducing air pollution and meeting the goals set out in the Paris accord.

One main point Singh made was that the federal government has strongly supported renewable energy through tax credits while leaving energy efficiency somewhat on the sidelines.

He believes the federal government, utilities and global corporate entities would be wise to pay more attention to efficiency in their efforts to reduce carbon emissions, rather than focusing only on clean energy generation such as wind or solar.

“We’ve had a huge amount of money pushed into renewables but truly speaking sustainability starts with energy efficiency,” Singh said, who was the only Minnesota business owner at the meeting. “You don’t have to support a whole lot of green sources of energy if you cut your energy use.”

Little in the way of tax abatements exist for energy efficiency but if the government were to offer some kind of carrot for that type of investment “it would move the needle,” he said.

“We really need a concerted effort from the government to say that it’s not just going to be a shift to sustainable sources of energy but also (focus on) a reduction in the amount of energy consumed.”

Singh offered an example of the potential efficiency presents. 75F sells into a market of commercial buildings from 5,000 to 25,000 square feet. If energy could reduced 40 percent in those buildings the nation would save 560 billion BTUs, the equivalent of the carbon output of 23 coal-fired plants and 33,000 vehicles.

While renewable energy is a good thing, it requires energy for material extraction, production and transportation to manufacture solar panels and wind turbines, he said. Efficiency is the low hanging fruit of climate change, he said, since a minimal investment can reduce consumption dramatically.

“If you’re doing a retrofit of an existing building it’s a slam dunk,” since so little energy is expended, he said.

The Paris agreement, he said, will change the way the world sees energy consumption and raise the level of awareness for efficiency. The research is clear that efficient buildings not only use less energy, the provide cleaner air that leads to higher productivity and “more alert, and happier employees – its a win-win situation for everyone,” he said.

Other encouraging signs include Goldman Sachs’ commitment to invest $150 billion into clean energy, including efficiency, which may spur more federal money for efficiency programs, he said.

The Paris summit focused on the potential for efficiency in the U.N.’s Sustainable Energy For All program, which includes an accelerator to create private-public partnerships. The goal is double energy efficiency improvements by 2030.

All of these efforts could lead to more sales for 75F. Based in a Minneapolis suburb, 75F is an “Internet of things” approach to heating and cooling. The company uses internal wireless zone controllers which replace thermostats in different offices in a building. Those report zone temperatures to a central control unit which modulates air flow through a heating and cooling system.

The award-winning cloud-based technology takes into account weather data, building information, occupancy, sun exposure and occupancy to determine an optimal temperature for offices. 75F can save companies as much as 40 percent on energy, Singh claimed, while increasing the comfort of employees.

“Overall the acceptance rates are much higher for our technology versus someone who says turn down the thermostat by two or three degrees and be uncomfortable and save the world,” he said.

The other issue Singh brought up to government officials was the need for a “toolbox” to combat critics of climate change. The company received negative feedback on Facebook and other social media for its support for the United Nations resolution on climate change reached in Paris.

“We want to learn more about how to handle negative feedback and how we can let people know that just because we think we should do something about climate change doesn’t mean you should pick a fight with us,” he said.