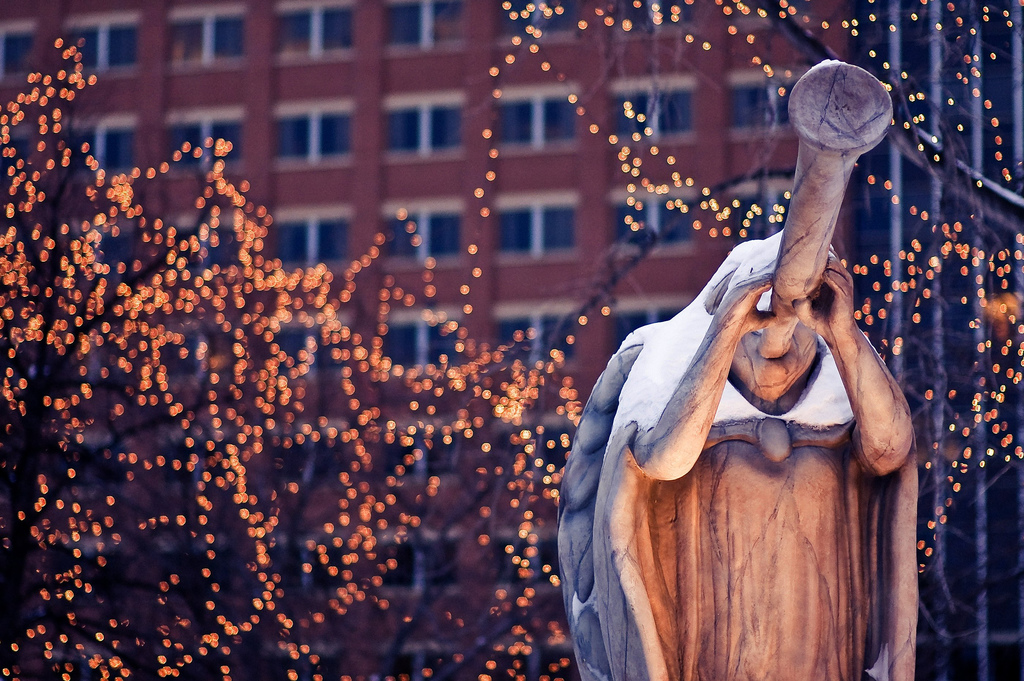 As 2015 draws to a close, it’s time to reflect on the year’s biggest stories.

This year will likely be remembered as a landmark year for action to mitigate climate change, with the passage of the Clean Power Plan in the United States, as well as a historic international agreement to reduce emissions at the COP 21 summit in Paris.

Even as some states in the Midwest fight the Clean Power Plan, they are working on implementation plans, and some states, such as Minnesota, are already positioned to hit their carbon targets.

This year also saw significant shifts in the political narrative, as Tea Party activists and other conservatives campaign for solar and wind power. In Ohio and Michigan, recently formed conservative clean energy groups include some of their states’ most prominent Republican voices.

Concurrently, extension of federal tax credits for wind and solar is expected to help revive markets for clean energy in the coming year.

As utilities face (or foresee) increased competition from customer-generated electricity, many are seeking changes to rate structure to help preserve revenues.

One of those tactics — increasing the fixed portion of customer bills — was increasingly popular this year, most notably in Wisconsin, where regulators continue to approve utility requests for sharp increases.

Utilities say the changes are needed to ensure owners of solar panels aren’t subsidized by other customers, while critics say the proposals fail to account for the full value of solar power to the grid and also create disincentives to be more energy efficient.

The Wisconsin proposals have been among the most drastic, helping fuel a public backlash that led to a clean energy settlement this year involving the utility serving Madison.

One proposal by a rural co-op in Iowa would have raised fixed charges so high it would have forced one farmer to remove his solar panels altogether (the co-op withdrew the plan amid an investigation by the state attorney general’s office).

‘Bailouts’ and backtracking in Ohio

While some analysts say the trend toward fixed charges is ebbing, the proposals still continue to appear.

That aforementioned fixed charge plan emerged in a revised proposal by FirstEnergy to guarantee income for some of its unregulated power plants. American Electric Power has been pushing a similar proposal, with both plans characterized by critics as “bailouts.”

As of this writing, FirstEnergy’s plan is still under consideration, and AEP has proposed a compromise plan (with the endorsement of the Sierra Club) that calls for 900 MW of new renewable generation.

The AEP plan drew the ire of state Sen. Bill Seitz, who has notably led the charge against Ohio’s renewable energy and efficiency standards over the past few years.

This year saw the completion of work by the Energy Mandates Study Committee, which was born from Seitz-backed legislation last year that froze the standards. Amid criticism from Democrats that testimony before the committee was one-sided, the group issued a report calling for continuing the freeze, a recommendation Gov. John Kasich called “unacceptable.”

Critics have said the final report ignores many benefits of renewable energy and contains “giveaways” for utilities.

The rise of community solar

Community solar — programs that allow customers to invest in solar power even if they don’t own or install their own systems — continued to gain popularity in the Midwest.

At the end of 2014, Minnesota’s community solar law took effect prompting a flurry of applications and some pushback from Xcel Energy, the state’s largest utility. While only one project was completed in 2015, Xcel expects at least 250 MW to be approved in the coming year.

Rural co-ops, under pressure from members to adopt more clean energy, also moved forward on community solar, with notable projects in Minnesota, Wisconsin, Michigan, Iowa, Missouri and elsewhere completed or in the works.

What the readers think

Of course, we’re just barely scratching the surface here, and what counts as the most important story of the year is in the eye of the beholder. And while pageviews aren’t a measure of importance either, we thought it might be useful to share our ten most read stories of the year:

And of course this has been a big year here at Midwest Energy News — we joined the Institute for Nonprofit News, launched our new mobile-friendly website, debuted our popular 40 Under 40 program, and started two new services: Southeast Energy News and U.S. Energy News. Thanks to the ongoing support of our foundation partners, we’re going to keep going strong into 2016 and beyond.

None of this is possible without you, our readers. Thanks for all you do to help Midwest Energy News succeed.