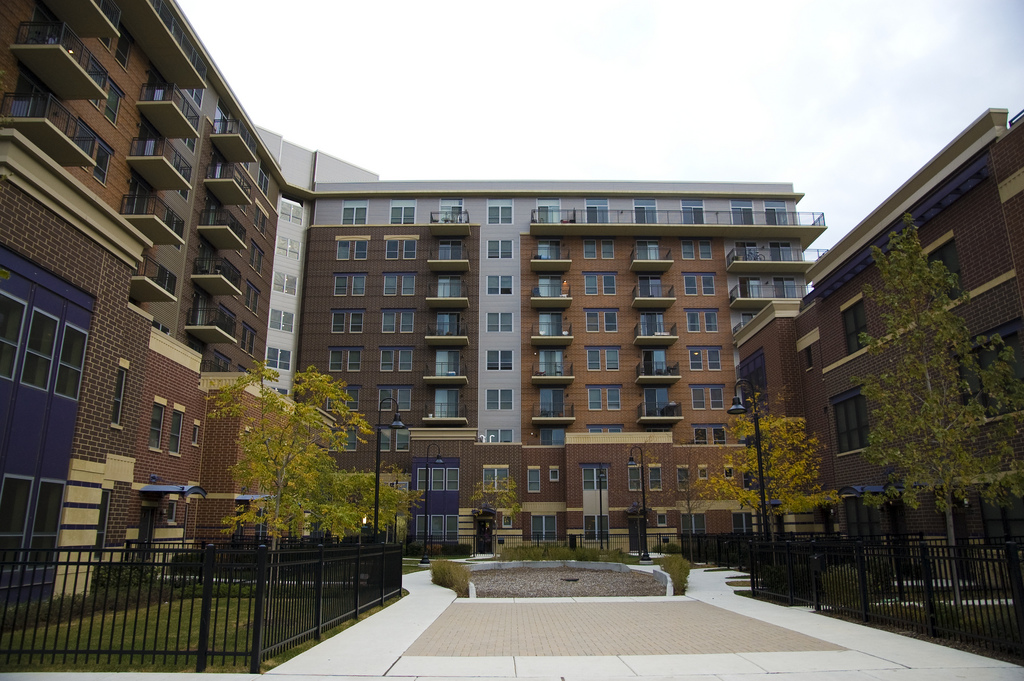 Shirley Collins, 79, struggles to pay her electric bills of $40 or more per month.

The Citizens Utility Board (CUB) helped Collins make changes that save her about $12 a month, by switching from a more expensive alternative supplier to ComEd and enrolling in a peak-time savings program.

Collins would like to save more money on electricity, but she doesn’t see how she can. She only powers her TV and lamps, she said. And the smart meters that ComEd is deploying across its territory to help people better manage their energy use? “Ridiculous,” said Collins.

The meters in her South Side senior building are behind locked doors somewhere. She never sees them, and she thinks smart meters might even make her bills higher.

In reality there is no way that smart meters can raise bills, and one of the goals of smart meters is to help people reduce their bills through understanding and changing their energy usage. But many misconceptions and myths about smart meters persist.

Retired school teacher Ann Joseph, 80, rents in a two-family home on the Southeast Side of Chicago. She also feels she spends too much on energy, and she also doesn’t think smart meters will help.

“I use what I have to use,” she said. “They talk about peak hours, that it costs more then, but peak hours might be when I need it. And we could use a lot better insulation in this place. But we’re renters so we just kind of take what we’ve got.”

While smart meters, energy usage shifts and different pricing plans can potentially help save vast amounts of energy and money, many people don’t feel that they can benefit from or participate in these initiatives.

The Illinois Science & Energy Innovation Foundation (ISEIF) and grantees they fund have been doing outreach and education to help people across Chicago and Illinois take advantage of the energy savings and conservation possibilities opened up by the state’s grid modernization, smart meter and energy efficiency programs. The outreach is funded by utilities under the state’s smart grid law.

At an October ISEIF event called Mind the Gaps, participants identified and discussed barriers and possible solutions for senior citizens, public housing residents, low-income people, renters and others in accessing these technologies.

Major barriers include the fact that smart and energy efficient technology is often difficult to install and use; that many people don’t have internet access; that people don’t directly see the environmental benefits of energy conservation; and that energy is an invisible and intangible resource.

Also, many people – especially in more vulnerable communities – have had encounters with aggressive and sometimes deceptive marketers for alternative retail electric suppliers, offering deals that are often not in the customer’s best interest.

ISEIF program analyst Uzma Noormohamed said that such experiences make people leery of listening to anyone who wants to talk about their electric bill and conservation.

The U.S. Department of Housing and Urban Development (HUD) spends billions of dollars a year on energy costs for public and subsidized housing residents, and that’s in addition to the electricity bills that residents themselves pay.

Though the situation varies between different utility service territories and housing authorities, generally public housing residents have an electricity “allowance” that is picked up by the government and they pay the remainder of their bill.

Especially in buildings housing senior citizens, electricity use can be high. Many elderly residents with health problems are home all day, often watching TV or running other appliances to keep themselves comfortable and entertained. Many are using electricity to power medical devices. And health conditions often mean that keeping the rooms warm or cool enough is especially important.

Meanwhile many public housing and subsidized dwellings are older buildings that are not energy efficient. And there is often little incentive for a housing authority to invest in energy efficiency upgrades, since they will not typically get to keep the savings that result.

However that could change under a proposal enshrined in a bi-partisan transportation bill that would allow HUD demonstration programs where housing authorities could raise private capital for energy efficiency improvements and then keep the savings after paying back those investors.

She is a meteorologist and housing research specialist with Efficient Living Illinois PHA Energy Program, a project based at the University of Illinois that is studying the ways public housing authorities (PHAs) manage energy, and how staff and residents could be affected by outreach.

Using rigorous academic research standards, Efficient Living is studying five buildings through a pilot project known as iSmart funded by ISEIF. Two of the buildings are in Ameren’s service territory in downstate Illinois and three in ComEd’s territory in the Chicago area. One of the Chicago-area buildings is a control; in each of the other buildings, researchers are doing varying levels of educational outreach and collecting feedback.

Among other things, this could include occupancy sensors that help ratchet down heating or cooling when no one is home, and power strips that cut the drain of “phantom loads” from unused, plugged-in appliances.

Phase two of the project, set to launch this month, will include outfitting staff and residents with some of these technologies.

In the buildings they surveyed, Efficient Living found residents watch an average of 7.5 hours of television a day and also kept music players, microwaves, portable fans and satellite dishes plugged in. Most of them kept thermostats at 70 to 79 degrees.

Many residents don’t pay for gas and water in public housing, so some cash-strapped residents rely on open ovens or constantly running hot water to heat or humidify their homes.

“A lot of them have health concerns, or concerns for others in their household, so a lot of them are not open to lifestyle changes,” Chiu said. “They have breathing machines, or pets at home – they don’t want to turn down the air conditioning when they’re out because of the cat.”

Among the energy-hungry appliances the researchers found in the senior buildings were large deep freezers that Hmong immigrants used to preserve meat from hunting.

‘They don’t want to turn down the air conditioning when they’re out because of the cat.’

This is one example of a striking range of cultures and languages in the Chicago-area senior public housing buildings, presenting challenges for energy education and behavior change. Chiu encountered many residents who speak little or no English but rather languages including Mandarin, Korean, Russian, Vietnamese and Eastern European tongues.

While cultural barriers to energy education exist, Brown and Chiu noted that one building in their study shows how energy awareness and savings can become a culture of its own. The Pomeroy in Chicago’s Uptown neighborhood, is outfitted with solar panels, a rooftop garden, geothermal heating and other features earning it a platinum LEED certification.

“The whole green attitude is much more visible in the Pomeroy,” Chiu said. “There’s already been a fundamental culture change.”

Mostly about the money

While public housing residents could potentially save money on their bills through energy conservation, public interest lawyers say they are also being forced to pay too much of their utility bill.

The Sargent Shriver National Center on Poverty Law this fall filed a lawsuit alleging that the Chicago Housing Authority has not followed legal requirements in updating the utility allowance that the government covers, as utility bills have risen. Shriver Center housing justice director Kate Walz said other housing authorities nationwide are probably in the same situation.

“The Chicago Housing Authority had an ongoing legal obligation to revise its utility allowance schedule annually, and at any point where there was a 10 percent increase in utility rates,” said Shriver Center attorney Kate Walz. “We’ve shown it’s failed to do so, and there are real consequences for that failure. It means CHA families have had to shoulder the burden of energy costs that they were not required to shoulder, and in some cases were evicted or threatened with eviction as a result.”

When it comes down to it, many lower-income or fixed income consumers have trouble getting excited about cutting edge technology when they simply feel overburdened by their utility bills and don’t believe that new programs and innovations will really translate to savings.

At an evening talk on the “utility of the future” in Chicago last month, ComEd regulatory strategy director Jane Park spoke about a microgrid planned for Bronzeville, a historic African American neighborhood on Chicago’s South Side that is home to public housing and many low-income residents. Park described how the microgrid would ensure stable power for hospitals and a police station in Bronzeville, and showed a presentation insinuating that it would lift the neighborhood’s economic fortunes.

But one of the attendees, Dennise Alston, did not see how the microgrid would really benefit residents struggling to pay their bills.

“I’m one of those people that sometimes has trouble paying their bills,” said Alston, 29, a medical assistant who is currently a stay-at-home mother. “What are you going to do for low-income people? This is a black community. There should be more outreach, more programs to help people pay their bills.”

‘Many times about the only exposure people have had to the electricity system is a monthly power bill that they hate.’

Aiming to reach people with such concerns, CUB has held more than 400 outreach events across the state this year helping people like Shirley Collins and Ann Joseph understand their utility bills and change providers or access programs that can save them money. CUB helped Joseph save money by switching away from an alternative supplier and signing up for a peak time savings program. CUB also hopes to help people take advantage of smart meters through its ISEIF-funded outreach programs.

“Many times about the only exposure people have had to the electricity system is a monthly power bill that they hate, and, too often, a bad experience with a sales rep from an alternative supplier who lured them into a bad deal,” said CUB spokesman Jim Chilsen. “Consumers who use their new digital meters to take advantage of special pricing plans, efficiency programs and money-saving technologies can cut their bills even more.”

“It’s a matter of forming relationships of trust so you are a known good actor in the space,” said ISEIF program director Clare Butterfield. “That takes a while. That’s why we’re funding multi-year efforts. We have our grantees taking a very community-related, very relational approach. People know they can be trusted, that they’re not trying to sell them anything.”

Meanwhile there can also be a role for the market, advocates say, developing technology and customizing services to meet the needs and lifestyles of low-income people, seniors and others who are currently not early adapters of smart meter-related products.

For example, many lower-income people and seniors don’t have WiFi access at home, and the thick concrete walls of some public housing buildings also block WiFi reception. But smart appliances and meters can be connected and accessed through apps on smart phones.

“There is a market that exists, so it’s about how we tap into what the needs are,” Noormohamed said. “There is money to be made there, and these are people who can need the energy and cost savings a lot more.”