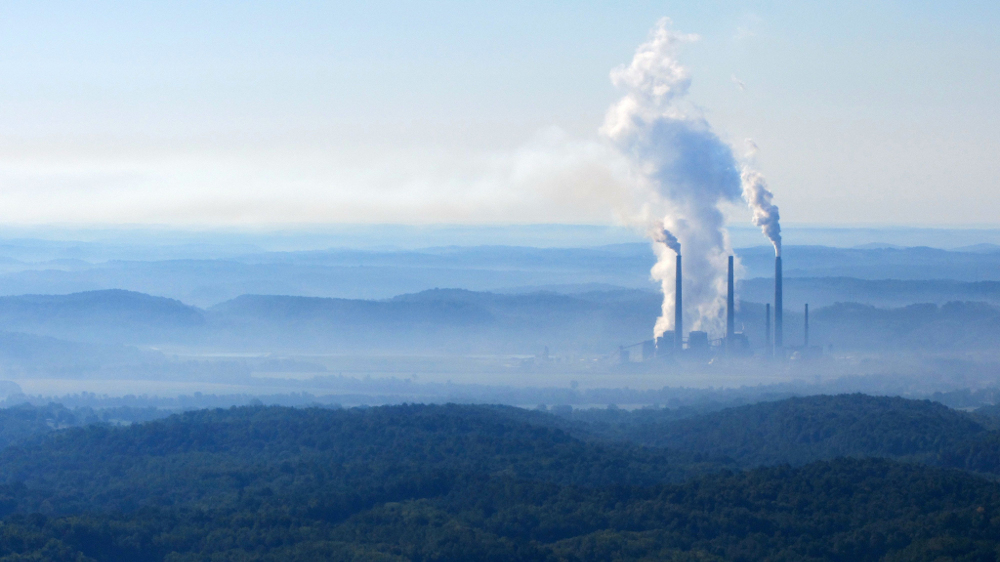 As Ohio regulators prepare to resume testimony on FirstEnergy’s bid to have all utility customers guarantee sales for certain power plants, another competitor says it can offer a better deal.

On Tuesday, Houston-based Dynegy offered to beat the costs in both FirstEnergy’s and AEP’s pending cases, which it calls “exorbitant and counter-productive subsidies,” by $2.5 billion each over the proposed eight-year settlement terms.

That proposal followed a commitment made two weeks ago by Chicago-based Exelon Corporation to provide the same amount of energy for $2 billion less with resources whose emissions would be 100 percent carbon-free.

“Dynegy agrees with Exelon that this process should be competitive,” Dynegy president and CEO Robert Flexon said in a prepared statement when his company’s plan was announced on Tuesday.

“We believe the counter-proposals are uniformly better for Ohio consumers and businesses than the AEP and FirstEnergy [plans], keeping and creating jobs in the state that stimulate economic growth and development rather than weakening Ohio’s competitive position,” Flexon added. “We ask for serious consideration from the PUCO and Ohio elected and state officials for our proposals.”

Meanwhile, additional information questioning the plan has been produced and filed by grid operator PJM Interconnection.

“The business case against the bailout has become particularly stronger” as a result, said Dick Munson of the Environmental Defense Fund, which also opposes FirstEnergy’s plan.

FirstEnergy’s revised plan would have its regulated utilities buy all the output from the Davis-Besse nuclear plant, the W.H. Sammis coal plant, and FirstEnergy’s share of power from two 1950’s era coal plants.

The utilities would resell the electricity in the competitive market, and distribution customers would pay any shortfall or get a credit for the difference between the resale price and the contract price. That price includes a guaranteed rate of return for FirstEnergy Solutions.

The proposed settlement that was filed last month would shorten the term to eight years instead of the original 15. Yet even the revised plan would boost a typical residential customer’s bill as much as $130 per year, according to the Office of the Ohio Consumer’s Counsel (OCC).

The settlement “taken as a whole, does not provide a net benefit to customers, is not in the public interest, and should be rejected by the PUCO,” said expert witness Matthew Kahal in supplemental testimony filed on December 30.

Under the settlement, FirstEnergy would also assume a small share of the potential downside to consumers, reinstate the energy efficiency programs it suspended after 2014, and make other changes.

Critics say some of those provisions could lead to additional changes that would increase consumers’ costs. One example is a section that would raise the fixed cost share of the bill for electricity distribution and could also discourage energy efficiency.

Similar concern focuses on provisions in the settlement for grid modernization.

Some programs that fall into that general category “may have benefits for customers,” said Rob Kelter of the Environmental Law & Policy Center (ELPC), which is among the parties who oppose the settlement. “But there’s also a lot of expense involved.”

Yet FirstEnergy has refused to produce documents about the details of the plans for grid modernization. The company claims no final versions exist and says any drafts are protected as attorney work product. It has also refused to provide supporting materials sought in follow-up requests, saying those were too broad or came later.

“Their plan may not be final yet, but we want documents that indicate what they intend to do. And that’s what discovery is all about,” Kelter said. “You don’t get to pick and choose what you want to give up to the other side.”

The big concern is that approval of the settlement might later be interpreted as “some type of preliminary permission” for whatever FirstEnergy might later submit—without the benefit of a full review beforehand, Kelter explained.

“In a democracy, transparency is critical,” said Munson of the Environmental Defense Fund. “In this case it appears that FirstEnergy’s lawyers are trying to block the right of cross-examination. It might suggest that they have something to hide.”

FirstEnergy also continues to keep cost and revenue projections for its proposed power purchase plan from public disclosure, claiming that information is protected as trade secrets. It has maintained that position since first seeking approval for that plan in August 2014.

“The proposed [plan by FirstEnergy] would constitute a subsidy which provides incentives for noncompetitive offers and is inconsistent with competition in the PJM wholesale power markets,” said Joseph Bowring.

Grid operator PJM Interconnection has also filed materials opposing FirstEnergy’s plan and its proposed settlement to the extent it could involve the PUCO in market matters that are within PJM’s authority.

“FirstEnergy has always acted in accordance with PJM’s market rules, and we will continue to do so going forward,” said spokesperson Doug Colafella.

Interestingly, nothing in PJM’s new filings claims that FirstEnergy’s plan is needed to ensure reliability for the state’s electricity supply.

The region has had adequate and even excess supply in its recent capacity auctions. Moreover, PJM has previously expressed confidence in the reliability of the system.

In any case, Munson said, “reliability is the responsibility of PJM, not the PUCO.”

“And further, what FirstEnergy is proposing will stifle investments in the electric sector and itself lead to a reduction in reliability,” said Munson.

Even if the PUCO ultimately decided that a power purchase agreement were necessary, FirstEnergy is not the only game in town.

Prior to Dynegy’s announcement this week, FirstEnergy’s competitor Exelon repeated in late December that it opposes the utilities’ plan, but then said that if any such arrangement were allowed, it should be open for competitive bids.

“If there is a competitive bidding process, Exelon commits to participate and submit an offer that will provide FirstEnergy consumers the opportunity to realize savings of more than $2 billion compared to FirstEnergy’s proposed settlement,” said company spokesperson Paul Adams. “Exelon’s offer is for an eight-year, bundled, fixed-price for energy and capacity from 100 percent zero-carbon emissions resources.”

The Chicago-based company does business in 48 states and provides electricity with a portfolio that includes 59 percent nuclear, 21 percent natural gas and more than 10 percent renewable resources.

“FirstEnergy’s overall plan offers the most benefits for Ohioans,” responded Colafella. “It provides a clear roadmap to a cleaner energy future in Ohio, preserves thousands of local jobs, and offers other benefits, includ[ing] funding for low-income customers and support for economic development. As an out-of-state supplier with no assets or jobs in Ohio, Exelon simply cannot provide these benefits.”

In Munson’s view, that in-state argument is silly, because Ohio is part of PJM. “It’s a regional market.”

“The flow of electrons moves freely across the state” and state boundaries, Munson explained. “It flows all over the place.” And that’s the whole reason why there’s a regional grid, he said. “You’re able to take advantage of generation and demand over a big area.”

Critics have also questioned the other benefits cited by FirstEnergy and said its plan is still a bad deal for Ohio consumers.

In any case, Munson noted, Exelon’s offer involves “a lot of money.”

“I would think it’s very hard for Ohio regulators to want to waste $2 billion and to turn their backs on markets and competition,” he said.

UPDATE:  The day after this story ran, the PUCO denied grid operator PJM’s motion for limited intervention, but said it could file an amicus brief as a non-party. That brief is be limited to the grid operator’s concern about potential PUCO involvement in the competitive bidding process within the PJM region.

“To be clear about the filing we made, the material states that PJM neither supports nor opposes the Ohio settlements,” noted Jason McGovern, a spokesperson for PJM. Its position was limited to terms that could be read to clash with PJM’s authority. That position is separate from that of PJM’s independent market monitor, who does oppose the settlement.