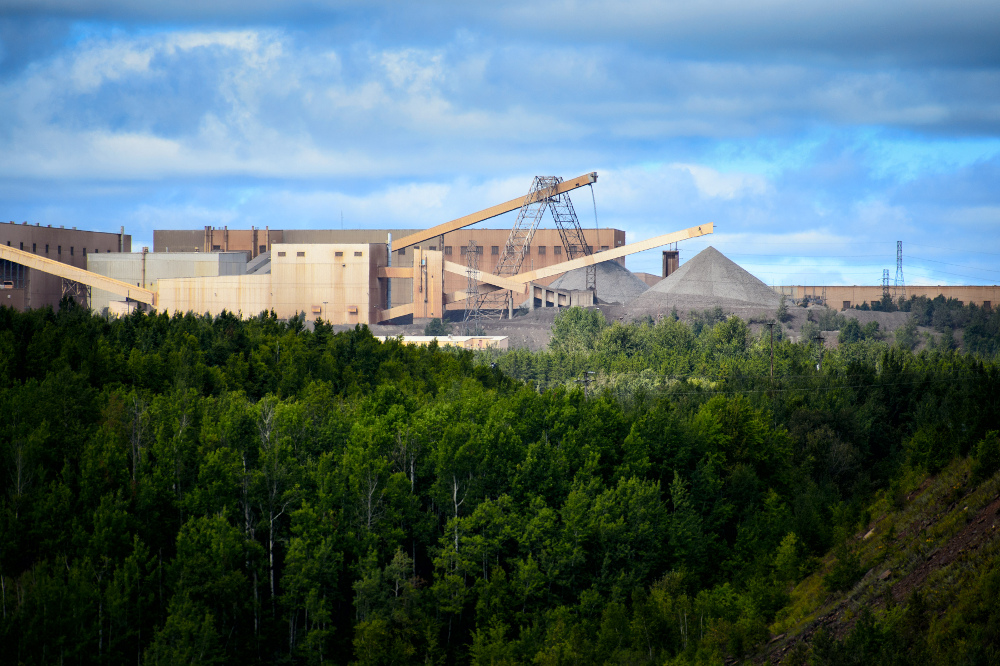 U.S. Steel laid off workers at its Minntac plant in Mountain Iron, Minnesota, before recalling them back to work later this year.

In a November 2015, Minnesota Power filed a petition with regulators that would leave residential customers paying 14.5 percent more for electricity, according to Pat Mullen, the utility’s vice president of marketing and communications.

Minnesota’s steel and taconite industries have laid off an estimated more than 1,500 workers over the past year. Minnesota Gov. Mark Dayton has asked for a special session of the state legislature to consider, among other things, a move to extend unemployment benefits to workers idled by industry slowdowns.

The legislation allows Minnesota Power, which serves the northeast part of the state, to decrease energy costs for large industrial users while increasing charges for everyone else. The Minnesota Public Utilities Commission (PUC) must approve any change.

Commercial ratepayers would see a 1 to 4 percent gain, he said. Several large energy customers would save around 5 percent on their electricity bills, and in some cases more.

‘In my experience it is quite a large rate increase … It’s not like anything we’ve ever see before.’

Wayne Brandt, executive vice president of Minnesota Forest Industries, said his members, mainly pulp and paper mills, pay $2 million to $3 million monthly for energy, which accounts for 25 percent of their costs. The EITE “is a big deal for us,” he said.

The increase is much higher than other rate cases brought by other Minnesota utilities, said the Minnesota Center for Environmental Advocacy’s Leigh Currie.

“In my experience it is quite a large rate increase,” she said. “It’s not like anything we’ve ever see before – the ability to give these rate breaks outside a rate case and then having the rate recovery go on the back of another customer class.”

More than half the utility’s power load goes to companies working in taconite, iron concentrate, pulp, paper, pipeline and refining industries. Ten of those customers each command more than 10 megawatts of capacity – enough to power 10,000 homes – for their operations.

“We recognize that there are big challenges to our companies because they are in industries that have become so globally competitive,” said Mullen. “This is something we can do to help these industries in our region compete more effectively. They have a big presence in northeast Minnesota and there’s been a question of when is the right time (to reduce costs). This is the right time.”

The average home in the utility’s footprint will pay around $11.45 a month extra on a typical $79 bill, according to a November 2014 press release. The Duluth-based company, a subsidiary of ALLETE, Inc., has 144,000 customers.

Not everyone agrees with the EITE. The Minnesota Center For Environmental Advocacy and the state chapter of the Sierra Club argue in a filing to the Minnesota Public Utilities Commission that rate relief should not be granted unless companies have pursued aggressive energy efficiency programs which would result in greater long-term savings.

A Minnesota Technical Assistance Program market analysis in 2010 found a potential savings of 9 percent for Minnesota Power’s customers involved in metal-related industries. Wood products industry concerns could save 11 percent. Taken as a whole, reducing “energy waste” could slice 20 percent off their energy bills.

“The more cost-effective way” for industrial customers to save money is through energy efficiency, said Jessica Tritsch of the Sierra Club.

But it’s hard to know if the utility’s large customers have energy efficiency programs and what their impacts might be because they are exempted from the state’s Conservation Improvement Program.

“These customers have been able to opt out of the conservation program so we don’t know what they’re doing for energy efficiency. We know they’re doing something but it’s important to know that they’re doing everything they can to reduce energy waste.”

The MCEA filing suggests that without more detailed knowledge of energy efficiency – and more efforts in that regard – the shifting of the burden “is a disservice to the rest of Minnesota Power’s customers.”

Currie added that the rate decrease for industrial users could serve as a “disincentive” for encouraging companies to do more energy efficiency projects.

Realistically, a 5 percent decline in electric rates isn’t going to save money jobs or the restore the fortunes of mining and paper companies, Robinson said. Higher tariffs on imports imposed by the federal government are probably the only real response to improving the industry’s chances, he suggested.

The legislation calls for a “net benefit” from an EITE that Robinson cannot detect from the filings by industry supporters. They don’t cite a number of jobs that will be saved, for example. The money could be used to pay off debts instead of save jobs because of the looseness of the law’s language, he suggested.

Robinson estimates consumer spending will be reduced $17 million annually in the region due to increased utility bills.

“It makes a difference when you’re struggling already,” Robinson said. “It’s hard for someone in the Twin Cities to understand how far the economy is below that region and the national average.”

While the companies receiving rate cuts are not in the conservation improvement program, that fact “doesn’t mean our customers have any less interest in making sure they have the lowest possible energy costs through whatever means they can,” said Mullen. “They are very savvy customers who are making sure they are running a very competitive business.”

The reason the legislature did not require large companies in northeast Minnesota to be in the program stemmed from their track record for reducing energy, added Brandt.

Minnesota Power and large power consumers argue they have subsidized residential customers in northeast Minnesota for decades, a point the PUC has acknowledged, Brandt claimed.

‘We’re not in the financial position … to absorb the cost of subsidizing residential rates.’

While that was not a problem in good times, it has become a problem in an age of rising unemployment and declining sales.

The PUC has been “establishing rates for industrial that are more than the cost of service in order to subsidize residential” he said. “Back when we were in the land of milk and honey in the business world that was one thing. But in my industry, with the pressures we have, we’re not in the financial position – and taconites aren’t either – to absorb the cost of subsidizing residential rates.”

Low energy costs used to be a decided advantage for northern Minnesota. A study of the competitiveness of the forest products industry globally showed in 2003 that the state’s energy rates were favorable compared to Canada and other countries, Brandt said.

A December 2014 study revealed the benefit the region had in electric rate pricing had been lost. “We used to have a big advantage, but we don’t anymore,” he said.

The Iron Mining Association of Minnesota pointed out that steel imports recently accounted for 31 percent of the market in the United States. “Much of the steel entering the country is illegally dumped here by foreign manufacturers who are the beneficiaries of government subsidies or who are selling steel products below the cost of production,” the group said in a statement.

The industry group added that 30 percent of the country’s steel production facilities have been idled, including several in northeast Minnesota. Energy costs remain an issue.

“The energy rates currently being incurred by Minnesota’s iron mines are not sustainable and give overseas competitors an unfair advantage in an already difficult market,” the statement noted.

The EITE calls for the PUC to make a decision within three months of Minnesota Power’s filing, an unusually short amount of time compared to typical rate cases.

“As a utility we feel we have to help make these customers sustainable,” Mullen added. “I don’t know if any single thing will do that…But we have things we can do regionally to help these industries remain viable in our region. Minnesota Power believes these changes will make a difference.”