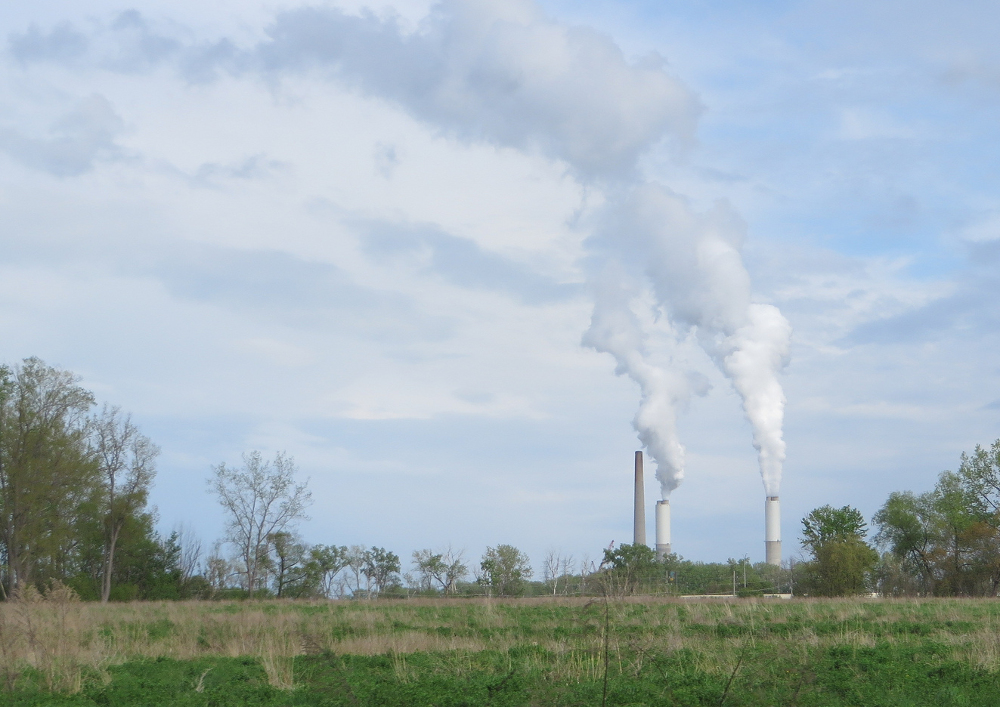 New research places the climate liability for this Michigan power plant as high as $1.2 billion.

Coal-fired power plants across the country could be billion-dollar liabilities for utilities if their greenhouse gas emissions are challenged in court, according to researchers at Michigan Technological University.

Should an entity — individuals, groups or governments — take legal action against utilities for their plants’ greenhouse gas emissions and contributions to climate change, researchers have developed a way to determine the amount of monetary damages that might be awarded to plaintiffs.

These polluting plants, therefore, could have significant impact on shareholders, researchers say.

While oil companies are under scrutiny over whether they adequately disclosed climate risks in securities filings, utilities face similar risks by not curbing greenhouse gas emissions from their conventional plants, according to a recent paper published in Renewable and Sustainable Energy Reviews.

The 10 highest-emitting power plants include four in the Midwest.

And while some legal experts say getting monetary damages from utilities over their greenhouse gas emissions is unlikely due to legal precedent, Pearce believes greater public awareness and a wider body of research means the legal arguments are less settled.

“For conventional power plants the potential liability due to greenhouse gas emissions was not well defined — so we did this study to attempt to begin quantifying the values,” Pearce told Midwest Energy News. “One of the questions I was really curious about is: Even if all climate change related damages were assigned to emitters would it even matter financially to the companies?

“As it turns out – the potential liabilities are substantial and should not be ignored by investors,” he added.

And should litigation become more common, Pearce said those most at risk are “producers of coal, oil, natural gas; power companies; and cement manufacturers. Many such companies operate in the Midwest.”

The researchers used seven methods found in the scientific literature to assign emissions liability, based on $80 per ton of emissions. Pearce said the potential liability among energy companies “varied widely” depending on which method was used.

Under models that assign responsibility solely on companies, for example, DTE Energy’s Monroe Power Plant in southeast Michigan could be liable for up to $1.2 billion. The country’s highest emitter — the Scherer Power Plant plant in Georgia owned by Georgia Power Co. — has a $1.7 billion liability under the same models.

‘It is clear that consumers are not paying the full costs for the energy they consume now.’

Liability may also range from consumers to emitters or include shared responsibility. The “polluter-pays principle,” for instance, places liability on the emitter. An “ecological footprint” model, on the other hand, “results in all of the liability with consumers and thus zero liability for energy companies,” Pearce said.

While Pearce’s research focused on the industry’s perspective, “it is clear that consumers are not paying the full costs for the energy they consume now. For the market to operate efficiently and thus enable consumers to make the best decisions, the full costs must be taken into account.”

Pearce says that legal challenges against companies or governments are likely to increase as public awareness about the impacts of climate change — and how those could be curbed — grows.

But Michael Gerrard, director of the Sabin Center for Climate Change Law at Columbia Law School, says legal precedent has already been set in the U.S. and that it is no longer promising to pursue monetary damages against companies for their emissions.

In four key cases, plaintiffs have been unable to successfully take on major energy companies, and judges have ruled that complaints may be best taken through legislative or executive action.

Gerrard said the term “liability” is “confusing and has lots of different meanings.”

“Shielding themselves from potential money damages from greenhouse gas emissions is a much lower threat” than it was five to 10 years ago, he said.

Gerrard added that more recent legal challenges against conventional power plants seek to block the permitting process. “I think we’ll see a lot of that. It’s just the money damages part that isn’t so prominent anymore.”

However, Gerrard said there is still a strong case to be made against utilities’ securities disclosures.

“Clearly utilities have an obligation to include in their securities disclosures the way their finances would be affected by current or pending environmental or climate regulations,” he said, referring specifically to the Clean Air Act and Clean Power Plan. “Some (utilities) are, some aren’t. There’s a wide variation in performance.”

‘I expect there will be close scrutiny of electric utilities as well as fossil fuel companies on the climate disclosure front.’

A recent report from the Environmental Defense Fund also says that fewer than one-third of oil and gas companies are reporting and making publicly available data on methane emissions, a powerful greenhouse gas that also could pose risks to investors.

“I expect there will be close scrutiny of electric utilities as well as fossil fuel companies on the climate disclosure front,” Gerrard said.

However, Pearce said that the economic literature on determining financial liability from emissions had been lacking, even though there have been no U.S. courts to award monetary damages over carbon emissions.

“That, however, is a poor way to estimate future liability as increased damages, a shift in public awareness (e.g. COP21) and improved climate modeling could enable more clear allocations of culpability,” Pearce said.

Pearce’s study also notes that litigants already exist in other areas of the world. The report found that the Alliance of Small Island States, for example, has members that are threatening lawsuits if they are forced to leave their country as a result of sea-level rise. That financial liability could exceed $570 trillion, Pearce’s report says.

Pearce added that while Gerrard “is certainly correct that precedent often determines the outcome in legal cases, this situation is perhaps similar to the early lawsuits targeting tobacco firms before overwhelming scientific evidence was publicly available about the health effects of smoking.”

James Thornton and Howard Covington of the U.K.-based environmental law firm ClientEarth wrote last month about the challenges at this point in assigning monetary liability to power companies, citing the need for more research. After all, utilities are not the only ones that contribute to climate change, and they could argue that even individual car drivers would have to be factored in, which “would quickly make the case unworkable,” they write.

“For the time being, we need scientists to keep developing robust climate attribution science and lawyers to keep devising innovative ways to hold major emitters to account. This, maybe more than the Paris Agreement, could be the best way to protect people and the planet,” Thornton and Covington write.

Ultimately, the researchers say that deploying more renewable energy sources can act as a hedge against potential lawsuits.

But any emission-reducing improvements — such as converting to combined heat and power plants or investing in energy efficiency — could end up benefiting a company, Pearce said.

“In the end, the less emissions a company is responsible for — the better,” he said.

Assessing companies’ risk based on its greenhouse gas emissions and contributions to climate change is a concept that’s spread rapidly across the energy sector over the past decade.

For DTE Energy, whose Monroe Plant ranks ninth on Pearce’s top-10 emitters list, deploying renewables is “part of a diversified energy strategy that is key to protecting the environment, and the growth of our company as well as the communities where we live and serve,” spokesman Brian Corbett said in an email.

“At the Monroe plant you reference, DTE has spent $2 billion to install state-of-the-art emission control technology, which will reduce sulfur dioxide emissions by about 97% and nitrogen oxide emissions by 90%,” Corbett added.

Both DTE and Consumers Energy — the two largest investor-owned utilities in Michigan — mention these potential risks in the latest filings catalogued on Ceres’ website.

Sensing a growing public awareness worldwide about potential legal action against companies’ climate change contributions, Pearce sought to better define what those costs might be.

“Potential pollution liability is exactly why shareholders are very interested in emissions disclosures,” he said. “Potential greenhouse gas liability will determine investments. If an investor is deciding between two energy companies that are largely the same — e.g. have identical stock performance, but one has lower emissions because of a more diversified portfolio that contains a lot of wind and solar power, smart money reduces risk.”