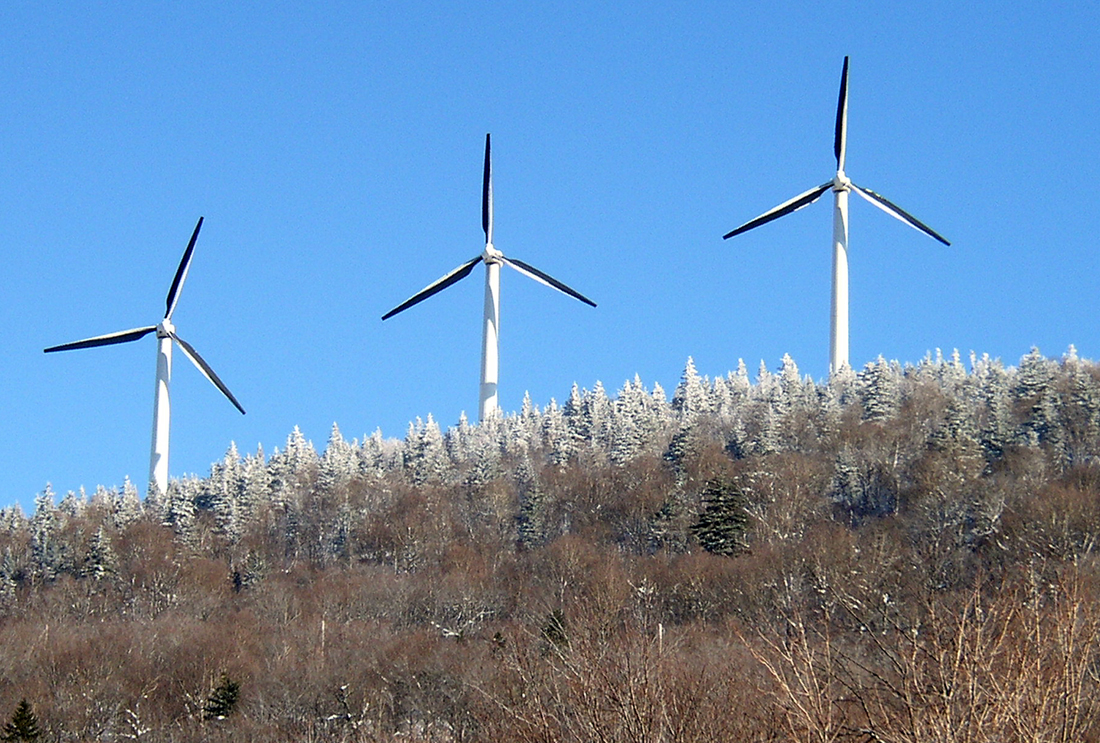 Green Mountain Power's Searsburg wind farm in southern Vermont has been operating since 1997.

Mary Powell is the CEO of Green Mountain Power.

Vermont and Wisconsin are kindred spirits in many ways, with lush rolling hills dotted with dairy farms and a history of populist politics.

In recent years, though, the states have charted very different paths, particularly on energy.

While Wisconsin utilities have pushed back against distributed generation and legislative leaders balk at raising the state’s clean-energy goals, Vermont is pushing toward a goal of having 90 percent of its electricity come from renewable sources.

Since Mary Powell became the president and CEO of Vermont’s Green Mountain Power in 2008, the utility has made Vermont a regional leader in solar energy, installed the state’s largest wind farm, launched various smart grid and distributed energy programs, and became the first utility in the world to achieve B Corporation certification.

Powell will speak at RENEW Wisconsin’s summit on Shaping the Utility of the Future on January 21. In advance, she spoke with Midwest Energy News about her experience in New England and what lessons it might hold for the Midwest.

Midwest Energy News: Green Mountain has embraced distributed generation while other utilities, particularly in Wisconsin, have fought against it. Does Green Mountain think that a landscape where many customers generate their own power can still be profitable for the utility?

Powell: The first thing I got to do, which was really an amazing opportunity, was to radically transform the culture of our company, from a very traditional, bureaucratic, slower-moving organization to one with the credo “fast, fun, effective and customer-obsessed.” To make sure we were talking about customers, not meters, leaning in the direction customers wanted us to go.

The reason we love solar and distributed resources …was because that’s what our customers told us they wanted to do. It sounds trite, but in my experience working in different spaces, when you’re focused on the bottom line of your customers and your communities and those that you serve, you ultimately will do fine for yourself as an organization whether you’re a utility or a company selling t-shirts.

Vermonters really spoke loud and clear. They wanted us to move in the direction of renewables, they also wanted us to lower costs if possible. One could say, “Oh geez, that’s a joke, you can’t have both things.” But we set on a path to say, “How do we move in a way that defies the current logic on this and ramps up renewables in a way that’s incredibly cost-effective?”

So Green Mountain invested in renewable energy; how about encouraging distributed generation by customers, the thing that other utilities have really pushed back against?

Back in 2008 when I was launching the vision, it was just when residential solar was entering the scene in a big way in Vermont. We saw our customers wanted it, we had to figure out how to utilize it as an opportunity and not a threat.

Where that led us was remarkable. We looked at it, figured if we can get a certain amount of customers to go solar we will save money for all other customers in terms of [decreasing the] dirty peak power we have to use. That started us down a path.

We do believe fundamentally that the most resilient, low-cost way to serve customers over time was having more and more of them become energy independent.

Green Mountain’s Cow Power program, helping farmers build biodigesters, seems like something that would be relevant to Wisconsin. How does that work exactly?

Cow Power started a while ago, it was really innovative at the time. But it has had some fundamental challenges.

First you needed to go through the whole process to find farmers who were interested. Sometimes the team working on it would take a year or two to cobble together funding sources so the farmer could get into the generating business. It was asking a farmer to become a generator. And it was also held together by Vermonters who wanted to pay more for Cow Power, who wanted to support their local farm.

It was a cool beginning but it had some interesting challenges as we acquired the utility that had come up with that initial concept. So one of the challenges for our team was how can we leverage it and speed it up.

So you explained that now Green Mountain is building the actual digesters, getting the manure from farms to power them, and adding a process that removes phosphorus from the byproduct so that it stays out of waterways. You have the St. Albans project underway and more planned for the future.

In essence we’re being the generator which is what utilities are good at. We’re going to build it; we’ve created partnerships with farmers; we’re using this newer technology combined with farmers who embrace upgraded farm practices around when they spread the byproduct.

It will help us achieve a third of EPA-required reduction for phosphorus in the St. Albans area. It’s about stacking benefits and moving toward more distributed resources.

Can farmers still get support to build their own biodigesters?

I think we maxed out the number of farmers interested in that, but if a farmer still wanted to do Cow Power 1.0 we would absolutely work with them.

How has your smart grid transformation been going and to what extent are smart meters and customer participation crucial?

I still find it challenging sometimes when we talk about smart meter technology and smarter devices on the grid. I feel like as an industry we spend too much time talking about it and too little time just getting it implemented. It’s not the innovation of the century, it’s just a way to get better data quicker so we can optimize the system on behalf of customers.

We did do a smart deployment statewide a number of years ago, it makes the kind of energy transformation we want to do more accessible. It’s a great foundation point to move toward a grid that really balances distributed resources, hopefully moving away from such heavy dependence on the bulk system.

The smart devices help transform your business in a ton of different ways and give you the ability to have different rate structures for your customers. But I’m not as excited about that; I think our job should not be to make rates more complex for customers but how to make it uber simple and make it more cost-effective for everyone. Your smart technology is really an important gateway into that.

What about the Tesla Powerwall battery you offer?

We sell them outright to customers who want to buy them for the reliability and other benefits; we also worked on a special program where we would put one in your home for a very small monthly fee. The average power outage in Vermont is two hours. So with the battery you would not experience any gap in reliability. And if you want to partner with us you can leverage that storage, dispatching it at higher-priced times during the day and filling it up at lower-priced times during the night, sometimes at night you actually get paid to consume. That’s how we got it to such a low price for customers. The initial agreement with Tesla was for 500; we have many customers lined up.

What are the conversations like within the utility world? Is there a real split in whether utilities are trying to innovate or trying to hold off major change?

Because I so fundamentally believe in customer obsession and being obsessed with your community and stakeholders, I want to acknowledge that not all communities are the same. Transformation and innovation starts with looking squarely in the eye of your customer and figuring out what they want and how to deliver that.

No matter what jurisdiction you’re in and what business world you’re operating in, that’s a recipe for success. We have a very mixed bag nationally in terms of models that are being promoted, deregulation, it’s complex. I’m grateful that Vermont has gone the path that it has. The direction we’ve gone in by and large is not only what our customers want but what policymakers want.

What’s your advice to Wisconsin residents and leaders?

The power given to me by others is to tell my story. I’m not planning to preach to anybody about what they should and shouldn’t do, and what has worked for us and why, and what our challenges are in the future.

To me, I’m in the most exciting place of my career, working on a topic that’s important to me, I really do care a lot about the environment, and it’s really amazing to be working in an industry that’s poised for such radical transformation. That’s true for all of us no matter where we’re operating in the country. Each and every one of us needs to figure out what it means to be all in, because this is happening.