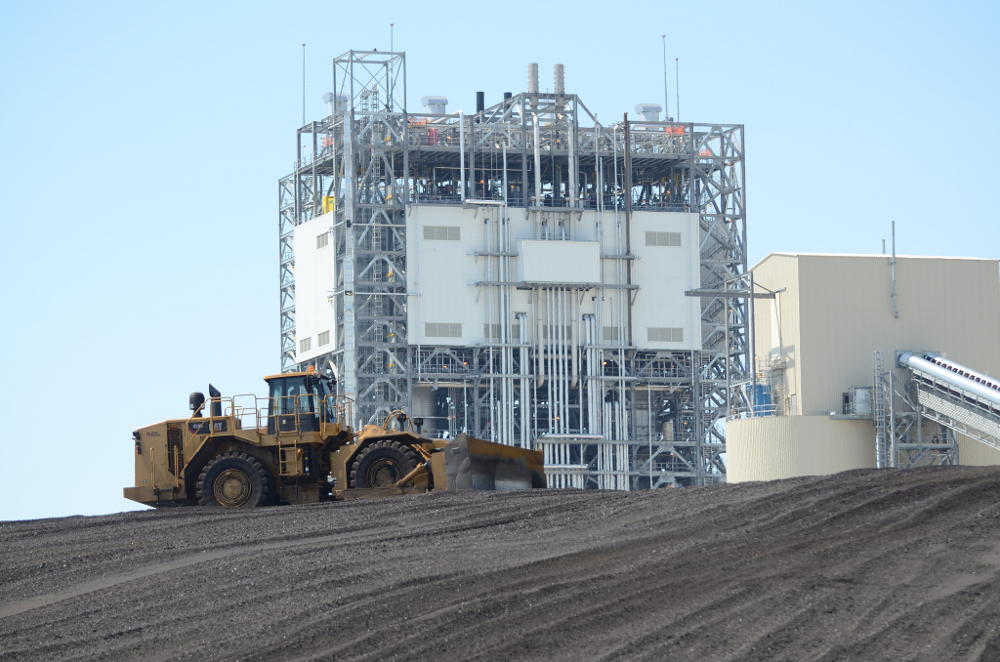 With a legal settlement regarding its controversial Edwardsport, Indiana coal gasification plant reached on January 15, Duke Energy is glad for “an opportunity to put some regulatory issues behind us,” according to spokesperson Angeline Protogere.

Watchdog and environmental groups, meanwhile, say they agreed to the settlement to help ratepayers, but their focus on the plant is far from over.

In the case before the Indiana Utility Regulatory Commission, the groups agreed not to oppose Duke’s plans for recovering costs through 2017, unless the plant’s performance is “substantially different” than in the past.

The recent settlement replaces one reached in September between the Office of the Utility Consumer Counselor, the Indiana Industrial Group and Nucor Steel-Indiana. That settlement was not endorsed by environmental and citizen groups with official intervenor status in the proceeding: Citizens Action Coalition, the Sierra Club, Valley Watch and Save the Valley.

Leaders of these groups said they agreed to the latest settlement, which still needs to be approved by the state regulatory commission, because it goes significantly beyond the earlier one in protecting ratepayers and holding Duke accountable for cost overruns and problems at the plant.

“These are important safeguards for ratepayers we felt would be good to put into place,” said Sierra Club Indiana chapter chair Steve Francis. “We recognize that at some point you can get items through settlement that we wouldn’t have gotten ordinarily through litigation. So we signed on to it, and will continue to be aggressive in monitoring of the plant and intervening if it becomes necessary in the future.”

‘By no means are we precluded from further actions.’

Anthony Swinger, spokesperson for the Office of the Utility Consumer Counsel, a government body tasked with protecting ratepayers, said the agency welcomed the beefed up settlement and also vowed to remain vigilant. The office had supported the plant in its early years but reversed course as costs mounted and scandals brewed.

“The settlement agreement that’s been reached here does not preclude us from raising more concerns down the road if need be,” Swinger said. “What this basically does is give Duke Energy a couple years to get the plant where it needs to be. But by no means are we precluded from further actions. And we’ll continue to watch the costs of the plant and continue to keep an eye on this.”

Duke had billed customers for the plant’s operating and maintenance costs since June 2013, when the plant began producing energy. However, the intervenors argued that the 618-MW integrated gasification combined cycle (IGCC) plant was still in startup and testing phases, which ratepayers are not obligated to cover.

The September settlement granted an $85 million total refund to customers on this basis, and the latest settlement upped it to $87.5 million, covering the time period until a new rate takes effect.

The settlement also puts new caps on the amount Duke can charge ratepayers for capital costs of the plant through 2018, and for operational costs through 2017. Duke may only exceed these caps in the case of “force majeure” events that are “acts of God, the public enemy, or any governmental or military entity,” as the settlement says.

The January settlement also includes a million dollars from Duke for low-income assistance and renewable energy, coming from shareholder funds, not ratepayer bills. The settlement dedicates $500,000 to low-income energy assistance (through the LIHEAP program) and $500,000 to grants for community solar projects, to be guided by the joint intervenor groups.

And the recent settlement promises that Duke will stop burning coal at another of its plants, Gallagher Generating Station in New Albany, by the end of 2022. The company had already announced that the plant’s two units would close in 2019, since it could not afford to comply with new limits on power plant emissions. But environmental advocates said they are glad for a firm deadline.

The environmental and citizens groups had not signed on to a previous settlement, in December 2012, that favored industrial customers and, they said, did little to protect ratepayers or increase accountability of the plant.

A troubled past, a new future?

The environmental and watchdog intervenors had opposed the Edwardsport plant from before the time it was built, arguing that it would be too expensive and environmentally problematic.

The original plans for the plant called for carbon capture and sequestration, which would have made it a very low carbon source. But capture and sequestration is still not being done on a commercial scale in the U.S., and after the state regulatory commission turned down Duke’s request to study the technology at the site, the company did not pursue it further.

Protogere said the plant is still “one of the cleanest coal-fired plants in the world,” with sulfur dioxide, nitrogen oxides and particulate emissions more than 70 percent lower than the previous small coal plant it replaced, and carbon emissions projected to be about 40 percent lower.

The environmental and citizens groups had refused to join a previous settlement, in December 2012, that favored industrial customers and, they said, did little to protect residential ratepayers or increase accountability for the plant.

‘Edwardsport’s performance has been improving.’

The plant has been plagued with massive cost overruns, technical problems and political corruption. The cost to construct it – ultimately picked up by ratepayers – ballooned from a predicted $1.9 billion to more than $3.5 billion. It has had serious maintenance issues, including during November when it was not carrying out coal gasification, as Protogere confirmed.

“Edwardsport’s performance has been improving, and it had a strong performance this past summer when power was needed most,” Protogere said. “For instance in July, the plant had an 80.1 percent net capacity factor on coal and natural gas combined.”

Meanwhile the plant has also been mired in scandal.

The state launched an ethics probe after it became clear that former administrative law judge Scott Storms was negotiating a job with Duke even as he was presiding over decisions on the Edwardsport plant. Former state utility commissioner David Lott Hardy faced felony criminal charges, later dropped, when it was revealed that he had secret communications with the company and allowed a commission lawyer to work on Duke cases even as he was negotiating a job with Duke.

The cozy relationship continued under the next commissioner, James Atterholt, as emails showed he made hiring recommendations to Duke and other inappropriate communications.

Critics say despite the settlement, they will be on the lookout for any such problems in the future, and they remain skeptical the plant can transcend its troubled origins.

“This isn’t a shut-the-coffin-closed deal on Edwardsport,” said Kerwin Olson, executive director of the Citizens Action Coalition. “We’re going to put cost restraints in place, and after December 31, 2017, all bets are off. We like the fact that in the short-term we got some much needed cost restraints in place, and in the long-term we reserved the right to challenge the existence of the plant.”