Photo By
Bread for the World / Creative Commons 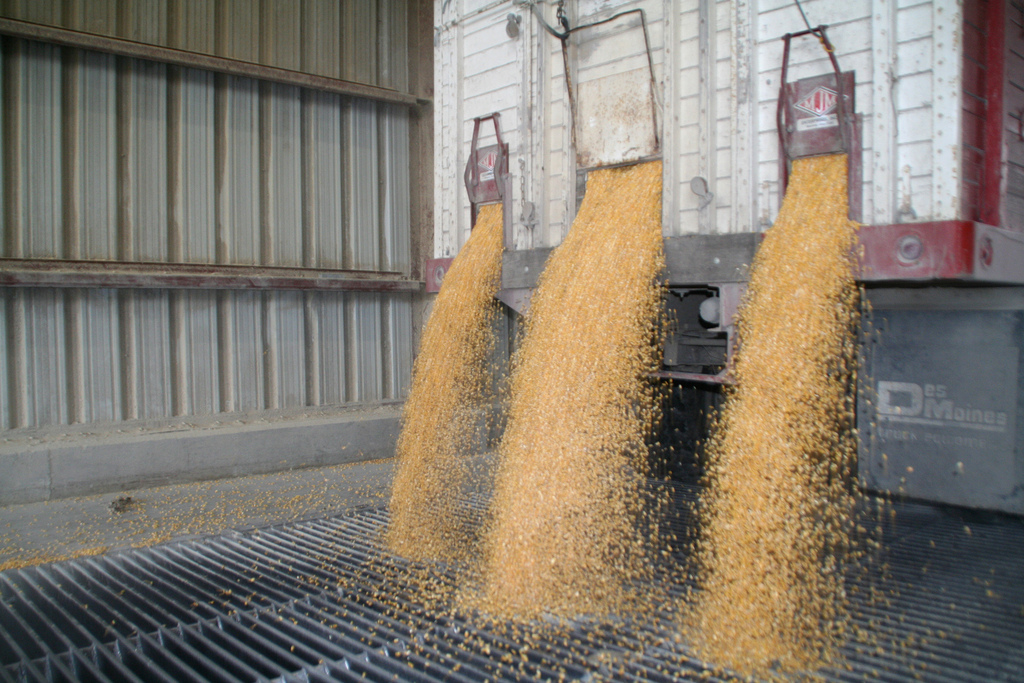 Bread for the World / Creative Commons

Critics of the ethanol industry are emboldened by Texas Sen. Ted Cruz’s victory Monday in the Iowa Republican presidential caucus.

Cruz had been in favor of ending the industry’s key government support system throughout his campaigning in Iowa, the nation’s No. 1 ethanol producing state. Although ethanol advocates mounted an aggressive campaign against Cruz, the Texas Republican handily won out over candidates who were more supportive of the industry.

Several key critics of the renewable fuel standard, which requires refiners to blend certain amounts of ethanol and advanced biofuels into petroleum gasoline and diesel, yesterday said that the Cruz victory eases their bid to end the program.

“I think there’s a message there that we need to move forward with these reforms,” said Sen. Jeff Flake (R-Ariz.), who has co-sponsored legislation to repeal the corn ethanol portion of the RFS. “I think Cruz’s win there proves once again that, you know, there are more people in Iowa open to that sentiment as well.”

But as with most issues related to the renewable fuel standard — it’s complicated. Some Republicans watching the days leading up to the Iowa caucus said that Cruz appeared to equivocate on the RFS and that his victory shouldn’t be seen as statement on the RFS.

Sen. John McCain, one of the Senate’s biggest ethanol opponents who largely ignored Iowa when he ran for president in 2008, was reluctant to talk about what Cruz’s success might show about shifting attitudes in Iowa since his presidential bid.

“I will just always continue my opposition and efforts to repeal it,” the Arizona Republican told E&E Daily. “I never spent that much time and effort in Iowa, as you know.”

Pressed on the 2016 caucus results, McCain said: “I saw Ted Cruz equivocate enormously on the issue. He really backed off of it dramatically in his comments before [the caucus], so I don’t think that’s a true test of ethanol.”

But even critics acknowledged that it will still be difficult to overturn the RFS. Sen. Bill Cassidy (R-La.) said it was unlikely that the Senate this week would consider amendments aimed at weakening the program during its ongoing energy debate.

“We’re in a process here,” said Cassidy, who is sponsoring one of the amendments to the broad energy bill. “Absolutely we’ll redouble our efforts, but it’s a process.”

The ethanol industry, on the other hand, downplayed any significance in the Iowa returns, saying more than 80 percent of voters in both primaries voted for candidates who won’t propose repealing the RFS.

Although the RFS was part of the debate, Republican voters were more concerned with the general condition of the country and issues such as immigration, said Jon Doggett, executive vice president of the National Corn Growers Association.

If the RFS played at all, voters broadly supported it, said Tom Buis, co-chairman of the ethanol group Growth Energy. “Those are the facts. Those can’t be disputed,” he said on a call with reporters.

Cruz sponsored legislation in 2013 that would have completely eliminated the renewable fuel standard, which Congress enacted in 2007. By helping drive more demand for corn, the standard has helped boost rural economies in Iowa.

From the early days of his campaign, Cruz said he believed that the federal government should not dictate biofuel requirements and that demand for ethanol would continue absent the RFS.

“I recognize that this is a gathering of a lot of folks who the answer you’d like me to give is, ‘I’m for the RFS, darn it,'” Cruz told an Iowa audience in March 2015 at an event organized by renewable fuel advocates (E&E Daily, March 9, 2015). “That’d be the easy thing to do.”

Cruz’s position earned him scorn within Iowa’s ethanol industry. Supporters of America’s Renewable Future, an organization formed specifically to drum up support for the RFS ahead of the caucus, followed Cruz around the state in the weeks leading up to the caucus, pressing him on ethanol issues.

But Cruz, who was bidding for the support of the state’s substantial bloc of evangelical voters, won the endorsement of Iowa Rep. Steve King (R), who is close to evangelicals — and is also a strong supporter of ethanol.

At the last Republican debate before the caucus, Cruz attempted to clarify his position, arguing that he wasn’t against ethanol per se but instead blamed U.S. EPA for halting more ethanol from entering the market. But ethanol advocates accused Cruz of trying to shift his position to appeal to Iowa voters.

Stephen Brown, vice president for federal government affairs at Tesoro Corp., said yesterday that Cruz’s victory is a signal to GOP leadership in Congress that the RFS is now fair game. Congressional leaders have been reluctant to allow votes on the policy because support tends to be more geographical than partisan.

“In, of all places, the cornfields of Iowa it finally became clear that ethanol is not the sacred cow or third rail that many in the GOP congressional leadership previously thought it was,” Brown said. “The message to leadership is that it is now OK to man up and bring this current program to a merciful conclusion.”

Sen. James Inhofe (R-Okla.), another congressional opponent of the RFS, said that the Cruz victory highlighted what he called a “shift in passion” among supporters of the ethanol industry.

Sen. John Thune (R-S.D.), on the other hand, cautioned not to read too much into the Iowa vote.

“People are going to try and interpret those results and translate what they mean with respect to ethanol,” Thune told reporters, “but to me it means that almost 75 percent of people in the state voted against doing away with the RFS.”

With Cruz winning the Iowa caucus, the politics of renewable fuels now faces potential skirmishes in Republican primary contests in South Carolina and Florida, were the impact of higher fuel prices hits the recreational boating business, Mair said in a conference call with reporters.

“I think it could potentially crop up again,” Mair said. Sen. Marco Rubio (R-Fla.), who placed third in Iowa, is a boat owner and could benefit from fellow boaters’ unease with higher fuel prices triggered by the renewable fuels standard, she said.

“They do feel that direct connection,” Mair said.

Rubio hasn’t been as outspoken about the RFS issue as Cruz, who could himself benefit in states where the mandate isn’t beneficial to farmers, said Timothy Hagle, a political science professor at the University of Iowa, in the same call.

On the Democratic side, candidates in the long run may feel more comfortable playing ethanol as a contributor to climate change now that the danger in Iowa appears muted, said Bob Shrum, the Democratic strategist who was the leading strategist of Al Gore’s presidential campaign in 2000 and John Kerry’s in 2012.

“Democrats will increasingly look at the environmental evidence,” said Shrum, also on the conference call. “I think we’ll see more and more people willing to take that position.”