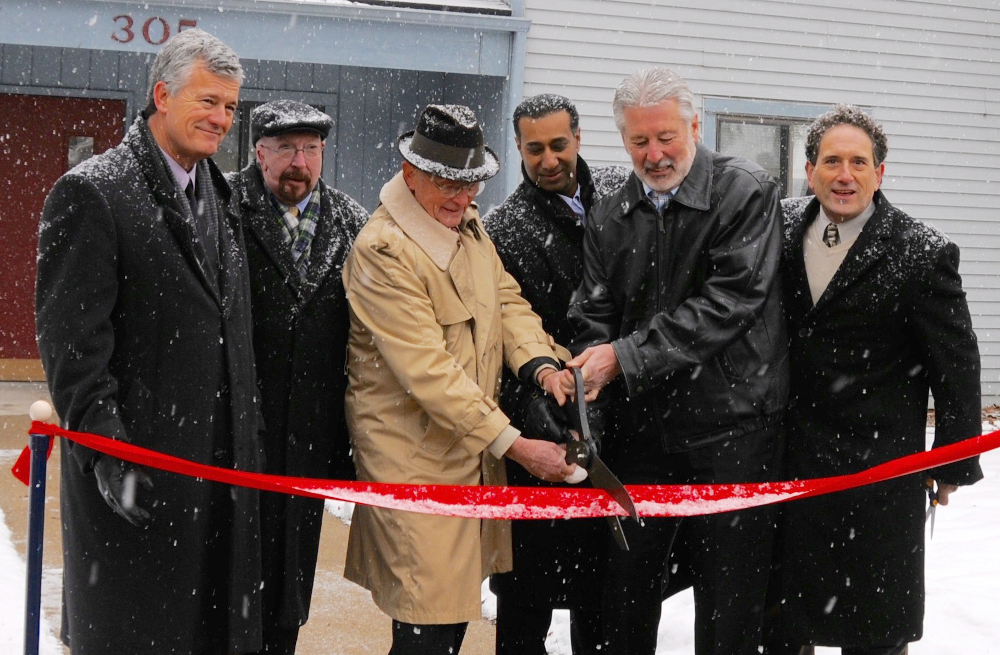 A first-of-its-kind project in west Michigan could serve as a new model to overcome financial obstacles to energy upgrades in rental housing.

One of six planned projects owned by PK Housing & Management Company, the 32-unit Cambridge Court apartment complex in Greenville, Michigan will be the first in the country to have PACE financing approved under the USDA Rural Development loan program for affordable housing.

The USDA’s approval of a PACE lien has the potential to impact a substantial segment of the multifamily housing market, according to James Turner, Michigan’s state director for the USDA’s Rural Development program.

“Here in Michigan we invest about a billion dollars annually in rural communities,” says Turner. “The largest component is in housing. We support about 600 multifamily facilities in rural communities from one end of Michigan to the other. The vast majority of these were built in the late ’70s and early ’80s. A lot of them are going through this period in their life cycle where they need to be rehabilitated.”

The project includes upgrades to boilers and mechanical controls, LED lighting inside and outside, Energy Star appliances, low-flow water fixtures and a 20 kW solar photovoltaic system. PK financed $117,580 through a PACE lien and received a $7,800 grant from the Rural Energy for America REAP grant program. The grant covered 25 percent of the cost of the photovoltaic array. PK’s initial audit predicts a 40 percent reduction in electricity and natural gas consumption and a 29 percent reduction in water use.

Turner sees the multifamily market as an ideal opportunity to leverage USDA’s REAP grant program in combination with PACE financing.

“The PACE program is an excellent partner to help finance some of the improvements in these buildings which not only save energy and water but extend the life of the building,” he says.

PK Housing owner Peter Potterpin expects the remaining five Michigan projects to be implemented by the end of 2016 if they can demonstrate the expected return on investment to USDA.

“Right now, USDA would like to see what kind of results are produced from this property before they go forward with anything else,” he says. “We’re trying to convince them that the energy audit that we’ve done will be a conservative estimate. We should do better than that.”

“The biggest challenge is that if you’re doing [multifamily] affordable housing, you’re under strict regulation in terms of what you can charge tenants,” says Mansoor Ghori, co-founder and managing director of Petros Partners, the Austin, Texas-based investment company financing the projects. “Owners are restricted in the amounts of capital that they can raise to make sure that they actually have cash flow and can make payments.”

But by solving the upfront cash problem, PACE can open the door for affordable, multifamily housing projects that otherwise couldn’t gain financing, according to Ghori.

“The PACE program is over a much longer term than they would get through a traditional bank,” he says. “Additionally, they’re not coming with any money out of pocket, and the savings they generate from the energy improvement project is greater than the cost of the loan over the life of the loan, so it’s cash flow positive. That makes a big difference.”

The ability of PK Housing to bundle a package of six projects across the state was key to its ability to obtain financing.

“Because we had a package of projects slightly over a $1.2 million in total, it was much more succinct to do this project,” says Ghori. “All of these are smaller projects, but PK has 65 different complexes across the country.  We’re already looking at stuff for them in Texas. They want to do this to all their projects right now.”

Michigan adopted legislation to enable PACE (Property Assessed Clean Energy) financing for energy efficiency and renewables projects in 2010. However, implementation over the last six years has happened in fits and starts, with little sustained momentum.

But Andy Levin, president and founder of Lean & Green Michigan, an entity that serves as a “matchmaker” between businesses, contractors and financier, sees this partnership between USDA and PK Housing as having the potential to change that.

“There have not been many affordable housing projects done in the whole country, in D.C. in particular,” he says.  “We think we’re going to do more than the whole rest of the country combined here in the next six months in Michigan, just with USDA.”

According to Levin, PACE makes the most sense for large-scale projects that require substantial up-front cash outlays, whereas other energy retrofit financing options like Michigan Saves may make sense for smaller businesses, individual homeowners or very small multifamily buildings that can achieve a faster return-on-investment.

“Michigan Saves doesn’t offer payment terms anywhere near as long as PACE,” says Levin.” It does not solve the upfront cost problem in the way PACE does.”

Lean & Green has been actively promoting PACE for several years in Michigan and has to date facilitated the participation of 26 local governments into its statewide PACE district. There is no cost to jurisdictions to join, and Lean & Green provides administrative services to operate the district. Municipalities are not required to issue bonds to finance projects; Lean & Green works to bring private capital into the deals.

This stands in contrast to the City of Ann Arbor’s PACE program, which was launched in 2010 and continues to be Michigan’s only municipal PACE district. The district is administered under contract with Ann Arbor-based Clean Energy Coalition through grants and some city funding, according to energy program analyst Nate Geisler. He says the program has faced challenges, and is beginning to look beyond municipal bonds to finance projects.

“Obstacles… include [bundling projects] together into a package large enough to keep fixed costs low,” Geisler wrote in an email. “For Ann Arbor’s first PACE phase, we took a bundled approach for retrofits using a municipal bond to fund the work. Now, to overcome issues like delays for applicants in releasing funding, we are exploring third party financing or other possible financial tools that might allow more nimble responsiveness.”

According to Potterpin, the PACE route was the only option that made financial sense for the company.

“The reason we settled on PACE was because it had the longest term,” says Potterpin. “We were able to make it economically feasible to pay these improvements back out of the cost of the energy savings. Other options have anywhere from a five to seven year payback. We couldn’t pay it back out of savings, so it would be a deficit to the property operating budget.”