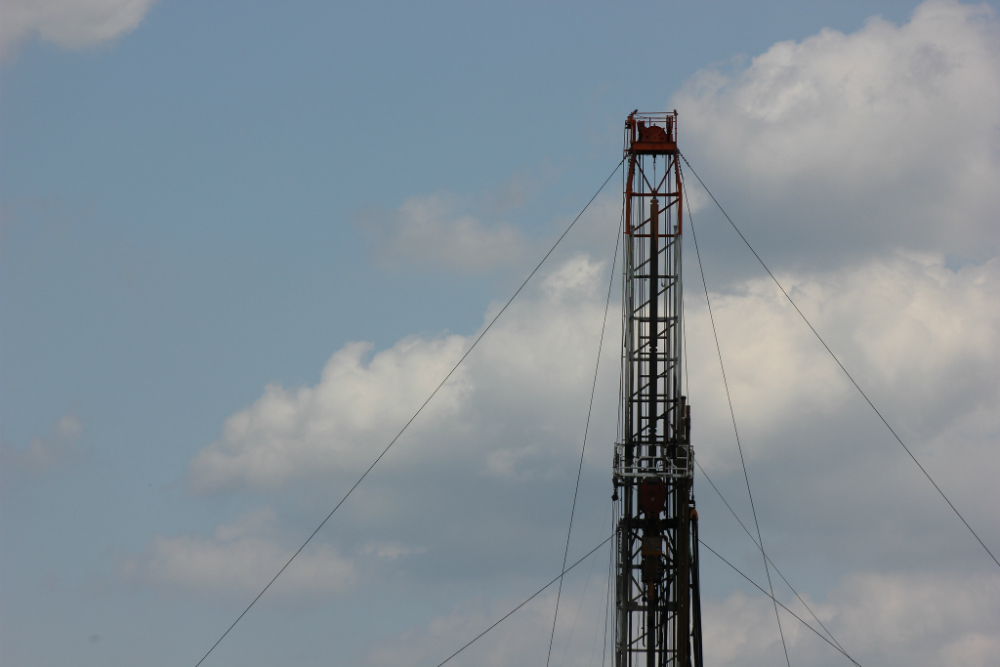 A multi-year study has found that coal beds, not fracking, are most likely to blame for methane found in water wells in an Ohio county.

But that doesn’t mean fracked wells won’t cause contamination in the future, said geologist Amy Townsend-Small of the University of Cincinnati.

She presented the results from Carroll County in eastern Ohio at a February 4 meeting of Carroll Concerned Citizens.

Her work in documenting current conditions meshes with comments and recommendations for baseline well testing noted by a panel at the American Association for the Advancement on Science (AAAS) on February 14. That panel asked the question, “Does hydraulic fracturing allow gas to reach drinking water?”

“The answer to the question is usually ‘no,’ but there are exceptions,” said Robert Jackson, an ecologist and chemical engineer at Stanford University.

The researchers also noted that data provides a useful baseline for measuring any contamination that might result in the future from improperly drilled wells.

Oil and gas drilling in Carroll County and other parts of Ohio has expanded dramatically since 2008 due to the combination of horizontal drilling and hydraulic fracturing, or fracking. Fracking pumps millions of gallons of water, sand and chemicals into wells in order to crack and prop open petroleum-bearing rock so oil and natural gas can flow out.

Concern about possible contamination led Townsend-Small and her colleagues to sample groundwater for acids, salts and methane over a three-year period. The project was motivated by a combination of scientific inquiry and citizen concerns in the area.

“Almost everyone relies on private water wells for their water supply,” Townsend-Small explained during a 2014 field visit for journalists set up by the Institute for Journalism & Natural Resources.

“Most of our samples were very low in methane, and a few were very high in methane,” she reported this month.

For example, half of the 96 wells in the May 2014 sampling round had less than 1 microgram of methane per liter of water. Another 30 wells had levels below 1 milligram per liter.

“We only had four samples that were above the dangerous level” of 10 milligrams per liter,  Townsend-Small noted.

“We never saw a significant increase in methane concentration after a fracking well was drilled,” Townsend-Small added.

Analysis of isotopes from the methane that was detected suggested they did not come from drilled natural gas.

Rather, the chemical signatures suggested the gas was biogenic. In other words, it probably came from a biological source.

“Our data fall within the range of coal bed methane,” Townsend-Small said. That made sense to the researchers. “This entire Appalachian area in Ohio has a history of coal mining, and there are subsurface coal seams throughout the area,” she explained.

The latest study results were welcomed by the Ohio Oil and Gas Association with a favorable blog post on its website.

If methane levels were to rise significantly in the future, however, those results and the same type of analysis might be helpful to residents seeking to press a claim.

So far, Jackson said at the AAAS panel, cases that showed contamination from fracked wells have been instances in which wells were improperly drilled.

That was the situation when Jackson and his colleagues found contamination at various locations near Marcellus gas wells in Pennsylvania, for example. The Marcellus formation extends into Ohio.

“Our study does not refute the results of other studies that have linked fracking activity with contamination,” Townsend-Small said. “Our results only show that changes in the constituents we measured did not occur in the subsample of wells we sampled during our study.”

“These data will document that natural gas methane was not ubiquitous in eastern Ohio before the onset of fracking, as some people have claimed in other studies,” Townsend-Small stressed. “We also have amassed a dataset of pH and conductivity which show the natural (or at least pre-drilling) range of these constituents.”

It’s possible other problems could crop up down the road, she noted. For example, eastern Ohio still has a significant amount of drilling, so errors in that activity could result in contamination. Problems from corrosion or other factors might crop up down the road as well.

Many wells throughout the U.S. may have cemented casings extending below the groundwater table, but most are not fully cemented fully down to the shale formation, Nathan Wiser of the U.S. Environmental Protection Agency reported at the AAAS program.

Because of that, even if cementing extends below the groundwater table, a leak could let natural gas escape into layers closer to that depth.

“I hope that our study can illustrate the need for monitoring of groundwater resources in areas affected by fracking,” Townsend-Small said. “The people that live in rural eastern Ohio feel, rightly so, that they deserve access to clean water just like those of us who live in cities.”

If there hasn’t been baseline testing in an area before any problem arises, though, the “burden of proof is very hard” for a landowner to satisfy, Jackson said.

Yet not everyone may be able to have that type of testing done in Ohio or elsewhere.

“Unfortunately, the state and federal governments do not monitor groundwater, so it is the responsibility of each homeowner,” Townsend-Small said. “And sending samples out for professional testing can cost upwards of $500 per sample.”

Other scientists agree that baseline monitoring could be helpful.

“I think this would be great to do as part of a comprehensive gas and oil development plan,” especially before widespread horizontal drilling in an area, said environmental engineer Mitchell Small at the AAAS conference. The industry might benefit from such testing too, he suggested.

“I think that would have a big impact on trust,” Small said.