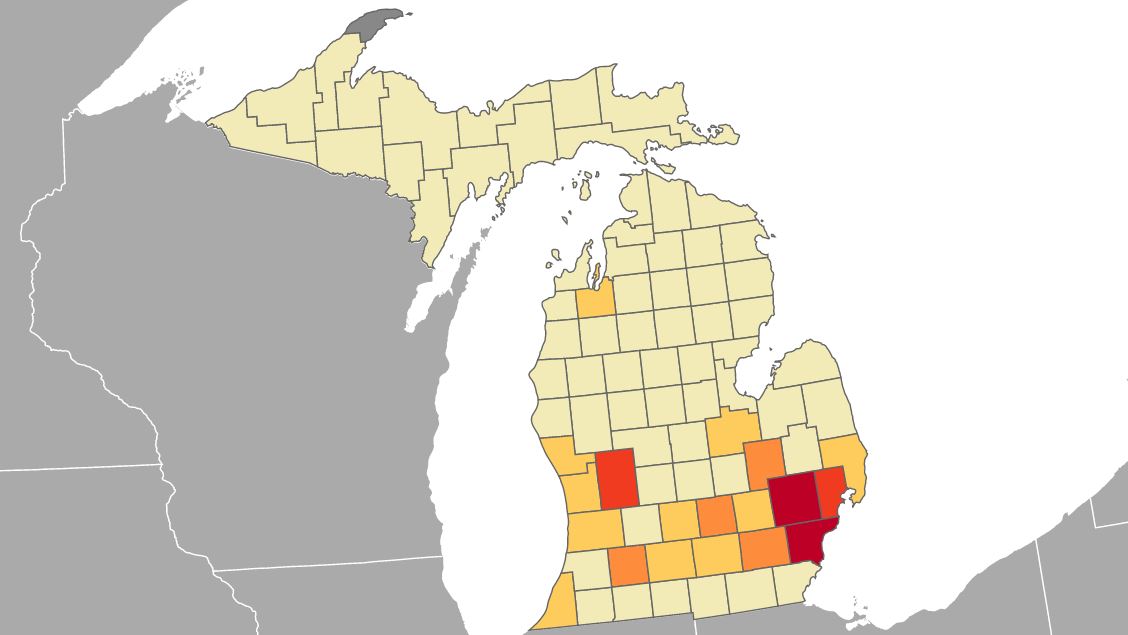 A recent solar jobs report says Michigan stands to boost industry employment by 14 percent this year, but those in the sector say the long-term outlook is much more uncertain.

Smaller, distributed projects have largely fueled Michigan’s solar growth until now, though analysts project the next wave will come from utility-sale projects. While advocates say the solar industry has been steadily improving, distributed generation growth could be limited under utility-backed policy changes before the state legislature.

“The installer base is going to be heavily influenced by the return on payments,” said Dave Hurst, director of market analysis for Detroit-based NextEnergy. “With policy up in the air at the moment, it’s hard to see a strong incentive for investment. These markets don’t like turbulence and Michigan is certainly setting the stage for turbulence in the next couple of years.”

Comprehensive energy proposals in the Republican-led state House and Senate include changes that would reimburse generators for excess electricity at wholesale, rather than retail, rates. A similar change in Nevada reportedly drove several large installation businesses — and hundreds of jobs — out of the state.

While Hurst believes the industry could see growth over the next few years, longer term projections are more uncertain.

“The policies impacting distributed generation are probably the ones that will have the biggest impact when you look at solar employment,” Hurst said. “It’s also where you’re going to see the strongest job growth.”

The Solar Foundation report released this month ranks Michigan 18th nationwide in the number of solar jobs. Most of the jobs are concentrated in Wayne, Macomb and Oakland counties in southeast Michigan.

Compared to the national average, Michigan has a relatively high percentage of installation jobs with low employment in manufacturing and sales, according to the report.

In Michigan, 68.2 percent of the state’s 2,779 solar jobs are in installation — the national average is 57.4 percent. Minnesota’s installer base, by comparison, makes up only 17.4 percent of all solar jobs. The fewest number of Michigan jobs are in sales and distribution — 0.9 percent compared to the 11.7 percent national average — followed by project development and manufacturing.

“What you’re looking at is the immaturity of the Michigan market,” said Mike Linsea, founder of Solar Winds Power Systems. “Policies and different (incentives) haven’t been maturing very fast in Michigan. Projects are going on, but when you add it up, it’s not much.”

Linsea said his company is eight years old and the industry during that time has “been up and down. It has to do with state policies. A stable policy is what’s best for us.”

“Power companies going after net metering seems to be the crux of the deal,” he said. “Utilities are protecting their business model.”

Hurst also said the numbers reflect a significant amount of engineering expertise in Michigan. The report notes that “significantly more” workers (37.4 percent) are in management or professional capacity than installing or repairing systems (13.9 percent).

“This represents a drastic departure from the makeup of the industry nationwide, where only 20 percent of solar workers maintain management or professional positions and more than 30 percent work on installation or repair,” the report says. This has also made it difficult for employers to find qualified candidates to fill job openings compared to other states, the report adds.

The information compiled for the report is based on surveys, telephone calls and emails to employers between September and November 2015.

It includes information on Michigan companies “engaged in the analysis, research and development, production, sales, installation, and use of all solar technologies – ranging from solar photovoltaics (PV), to concentrating solar power (CSP), to solar water heating systems for the residential, commercial, industrial, and utility market segments,” the report says.

“Solar is growing because of declining costs and we’re definitely seeing more installation in Michigan at the utility scale, residential and small commercial,” Eichler Clark said. “We’re seeing some really interesting upticks right now. In the past, Michigan has had really good solar job numbers because of the manufacturing we’ve had and not as much on the deployment side. It’s exciting to see things moving in the right direction.”

While she sees a growing demand to install solar across customer classes: “A major change to net metering would make a significant dent in the way we change our profile,” she said.

Hurst agrees that Michigan has advanced in recent years, but that those trends are uncertain.

“One of the things that I took away overall (from the report) is that Michigan is well positioned for growth. We have the strong installer base and the management and engineering side rolled in as well,” Hurst said. “But we still have questions about whether we are going to build (systems) here or are we going to buy them? Are we going to have policy support to continue this growth? That’s where I see a disconnect. I don’t know if turbulence in the market is going to help.”

Additionally, most of the projected growth in solar generation statewide would come from utility-scale projects, which major utilities nationwide have touted as a cheaper alternative to distributed generation that avoid “fairness” issues among ratepayers. Until now, solar generation has been driven by individual consumer demand, with residential installations making up nearly 50 percent of installed capacity statewide since 2011.

The report says utility-scale growth “represents a sudden and seismic shift in the focus of the Michigan solar industry toward larger, more centralized projects. … the explosive growth projected for 2016 can potentially be attributed to both the increasingly favorable economics of solar and continually strengthening solar demand.”

“If you’re focused on utility-scale solar, you’re going to see a lot more ups and downs as big projects are brought in,” Hurst said.

Eichler Clark also noted Michigan’s renewable energy standard law includes a provision that 50 percent of renewable generation must come from third-party developers and be bought through power purchase agreements. The renewable standard leveled off at the end of 2015, with those provisions staying in place until the law is changed. It’s likely Michigan will abandon a renewable portfolio standard and instead opt for Integrated Resource Planning.

Eichler Clark says it’s uncertain what those types of changes will mean for the solar industry.

“It all ties back to supportive policy that’s necessary to keep Michigan at the forefront,” she said.