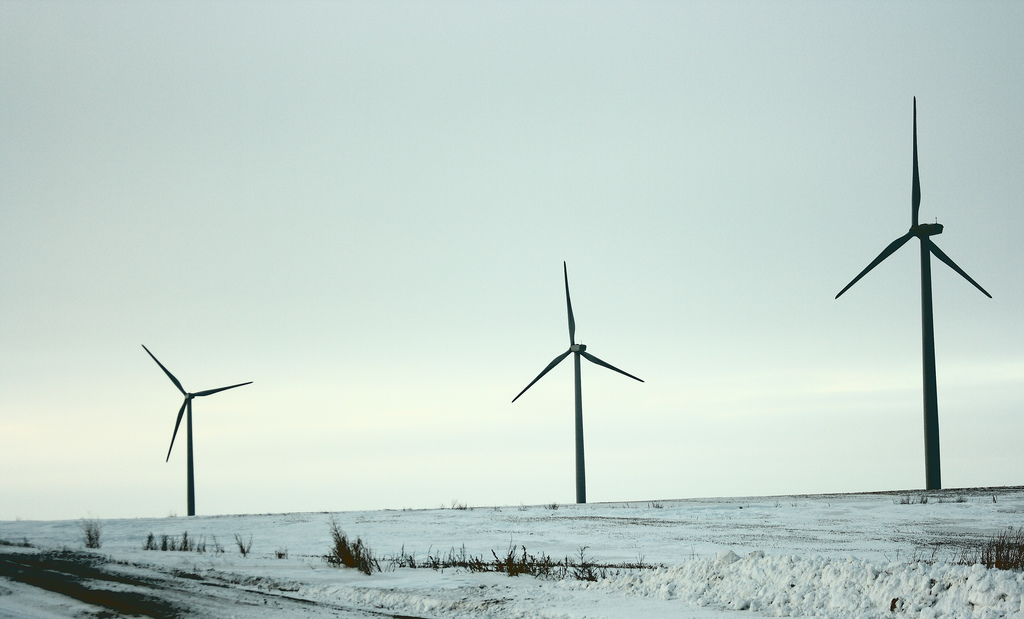 For rural communities, wind development can provide a welcome economic boost in the form of tax revenue for local schools.

A proposal in South Dakota, however, would spread that benefit across the entire state, diminishing a key selling point developers have with landowners.

If the legislature proceeds with the redistribution plan, along with a separate tax increase now being debated, “I see more projects going into North Dakota, Minnesota and Nebraska than here,” said Steve Wegman, who recruits investors for wind projects in the state. “Raise the tax and nobody will build. End of story.”

Last year, a task force in South Dakota was commissioned with devising a strategy for raising funds to increase teacher salaries, which are among the lowest in the nation. A resulting package of tax changes has been moving through the legislature and is likely to be on its way to the governor’s desk by the end of next week.

One pending bill would raise the sales and use tax by one-half of a percentage point. That would apply to all business transactions, not just the construction of wind farms.

The other tax bill eventually would effectively eliminate much of the local tax windfall that accompanies wind-farm development. Two taxes specific to the wind industry – a nameplate tax and a production tax – generate substantial revenues for the school districts and counties in which wind farms are located.

Presently, the nameplate tax is split in two, with half going to the local school district, and half to the resident township and county. In the case of a new wind development, the proposed redistribution plan would allow the home school district to keep the windfall for five years. Over the course of the following five years, the schools’ share of the windfall gradually would be spread among all of the state’s approximately 150 districts.

The same gradual redistribution plan would apply to the local school district’s 10 percent share of the production tax, which generates much less revenue than the nameplate tax. While the new tax regimen wouldn’t begin to take effect until five years after a new wind farm is developed, it would start this year for existing wind farms.

The impact on the school districts with wind farms could be substantial, according to Nick Sershen, who has aided in the development of wind farms and other businesses. He also serves as the vice president of the South Dakota Wind Energy Association.

Under the current formula, a 100-megawatt wind project produces about $300,000 annually in  nameplate taxes, with half of that going to the local school district. In a school system with 150 students – just the sort of school district where wind farms tend to located, Sershen said – that would mean an additional $1,000 per student per year.

When spread across the state, he said, the additional revenue from the nameplate tax would fall to a barely-perceptible $1.25 per student, not even enough to “buy lunch,” he quipped.

But make that several hundred, he said, and you’ve got “a reason to get behind a project.”

Almost eliminating the local school windfall would be “a hard pill to swallow for these communities,” said Angela Landeen, executive director of the South Dakota Wind Energy Association. And the tax issue aside, she added, many rural South Dakotans are less than jazzed about the prospect of spinning wind turbines nearby.

“There is a lot of production – trucks coming in and out, roads getting ruined. That probably interferes with their other farming that they’re doing. It’s just a pain getting it built. It’s a year-long process.”

And some rural residents find the turbines themselves distasteful, and worry that they’re degrading wildlife habitat and the darkness of the nearby nighttime skies.

All of which is to say that getting buy-in on a wind farm, and obtaining necessary permits from local government entities, is never assured, nor easy.

“To mitigate that,” Wegman said, “our argument always has been that we give money to local school districts. By changing this part of the law, it throws that out the window.”

Landeen said she’s heard “from landowners who say they wouldn’t have gotten into the wind industry as landowners until the financiers said to them, ‘This is going to support the community and, more importantly, the schools.’

Passage of the tax bills is a near-certainty, according to Landeen. In hopes that some marketing muscle could counter a changed tax environment, she has been urging the governor’s office to publicly get behind the wind industry.

The legislature amended the bill to allow the home school districts to hold on to more money than was allowed in the original bill, said Sershen. Even with the improvement over the original language, he said, “Only time will tell whether there’s enough of an incentive for local folks to get behind these projects.”