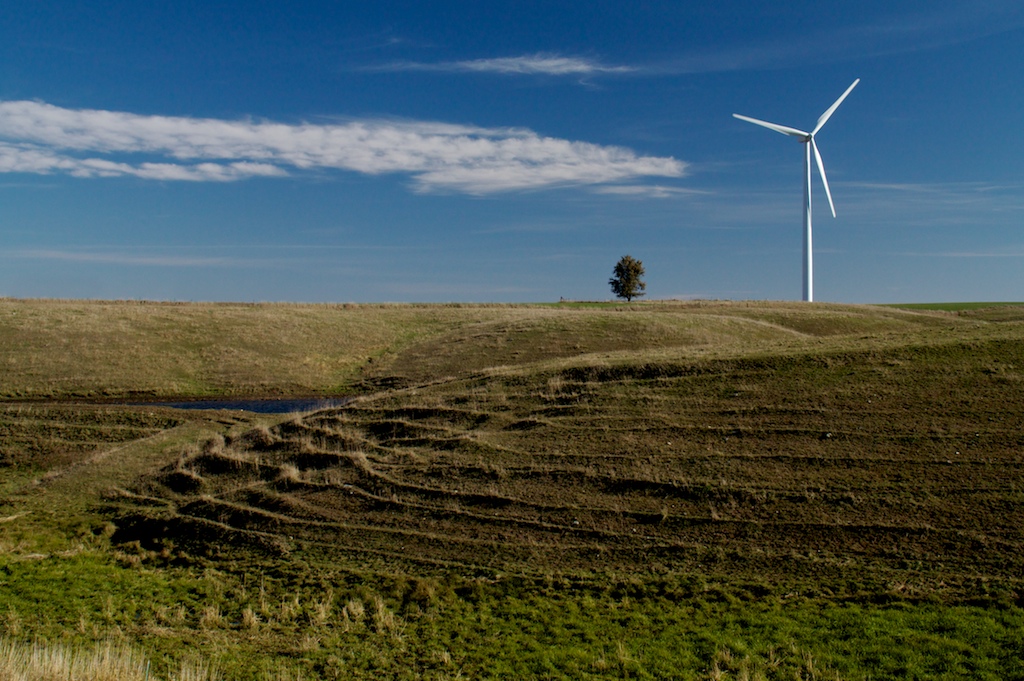 From violent disputes over power lines to the disruptive challenge of clean energy, Bob Ambrose has seen a lot in his career.

Ambrose, 69, retired this week after 34 years of working as a lobbyist for Great River Energy (GRE), Minnesota’s largest distribution cooperative.

As an observer of the state’s energy scene since the 1970s, Ambrose recalled a few tense – and rewarding – times. In particular, during the 1970s when he was working for then Lt. Gov. Alec Olson while monitoring the development of a major power line running between a new coal plant in North Dakota to a Twin Cities suburb.

Some residents along the route in Central Minnesota, opposed to having their land taken for the project, actively fought development. Farmers spread manure before the arrival of power line surveyors to stymie their work. One farmer was arrested after ramming his tractor into a surveyor’s pickup.

As lattice steel towers were installed, vandals tongue-in-cheekily referred to as “bolt weevils” would loosen the bases “and the wind would come up and the towers would fall over,” he said. “It was a rather dangerous business. A dozen or a dozen and a half of those towers fell over.”

After the power line was built, Ambrose joined the staff of Cooperative Power Association in 1981. Prior to becoming an energy lobbyist he spent more than a decade of serving in a variety of jobs ranging from researcher to schoolteacher to policy aide.

“Although our industry has changed immensely during Bob’s tenure, one constant has been the paramount importance of positive working relationships with policymakers in St. Paul and Washington,” said vice president and general counsel Eric Olsen. “Bob has always represented us effectively with grace and dignity, and we are grateful for his 34 years of service. We will miss him.”

Cooperative Power became GRE after merging with United Power Association in 1999. The company serves 1.7 million Minnesotans and is the fifth largest generation and transmission cooperative in the country. It provides wholesale electricity through 28-member distribution cooperatives.

Looking back on his nearly more than three decades in energy and public policy the two most striking events that still resonate with Ambrose are the power line battles and the state’s aggressive energy policy legislation that passed in 2007.

The power line was built, connecting lignite-powered Coal Creek Station with GRE’s many rural distribution generation customers. The 1,100 megawatt plant, the largest in North Dakota, has been a major contributor to GRE’s grid since the 1970s.

The 436 mile long, 400 kilovolt power line itself was controversial because it used high voltage “direct current” instead of the alternating current better understand to homeowners, he said.

State senators from areas where the power line conflict stirred the greatest were flown to look at the Pacific DC Intertie power line running from the Columbia River in Oregon to Los Angeles to show them it was safe, Ambrose recalled.

Still, state troopers had to protect workers building the line. The state and utilities got much better at siting lines, listening to the public and trying to work with critics, Ambrose said.

“A few years before the line the Legislature had passed a siting law and certificate-of-need law but this was the first one that had to go through,” Ambrose said. “There were kinks in the process and utilities [were] not used to people objecting to where things went.”

The controversy led to further reforms at the state legislature, and helped launch the political career of Sen. Paul Wellstone.

GRE announced in January plans to refurbish the line, which began operating in 1978.

After the new plant and power line started operating customers saw dramatically increased rates for a few years, he recalled. Those leveled out to a point where the utility went 14 years without a rate hike.

In 2007 Republican Gov. Tim Pawlenty and a Democratic legislature passed the “Next Generation Energy Act” and the state’s renewable energy standard that required most utilities to reach 25 percent renewable energy by 2025. (Xcel Energy, the state’s largest publicly owned utility, must reach 30 percent by 2020.)

As GRE’s director of governmental affairs Ambrose recalled sitting in “small rooms” during tense negotiations over the bill. GRE “decided it was in our interest and in our members’ interest to support the renewable energy standard and to be at the table when the details were being worked out,” he said.

“There’s an old saying that if you’re not at the table you’re going to be on the menu. I’d rather be at the table.”

Meeting the requirements has cost GRE “more than we thought at the time” but the law “was a good product,” Ambrose said. And, as it turns out, he can be spotted in a photo of the governor signing the law – proof he was at the table.

A Vermont native and the son of an engineer and nurse, Ambrose bounced around a bit arriving in Minnesota. After graduating from Brown University he headed to the University of Alabama to pursue a medical degree.

He taught a year in a public school in Birmingham in the late 1960s when racial tensions were particularly high in that city. “Things on the street were much more interesting” than being in a college classroom, he said.

Ambrose and his wife, Elaine, moved to Ann Arbor where Bob attended the University of Michigan to study human genetics in graduate school before switching to social work. He spent time in Washington, D.C. in Walter Mondale’s office before receiving a tip from a professor that jobs in policy were opening in St. Paul.

That began his focus on energy that continued even late into life when he was offered a unique opportunity to take part in a delegation organized by the University of Minnesota and former Lt. Gov. Yvonne Prettner Solon involving visits to Germany to study its transition to renewable energy.

He calls it “one of the highlights of my career” and he admires Germany’s devotion to renewables, wondering why his own country is not further along.

Planning on plenty of trips in retirement and visits with his sons, now in their 30s, Ambrose has few regrets that his initial career path of becoming a doctor became one of being an advocate for cooperative energy.

“With better high school counseling I would have figured it out earlier,” he said.