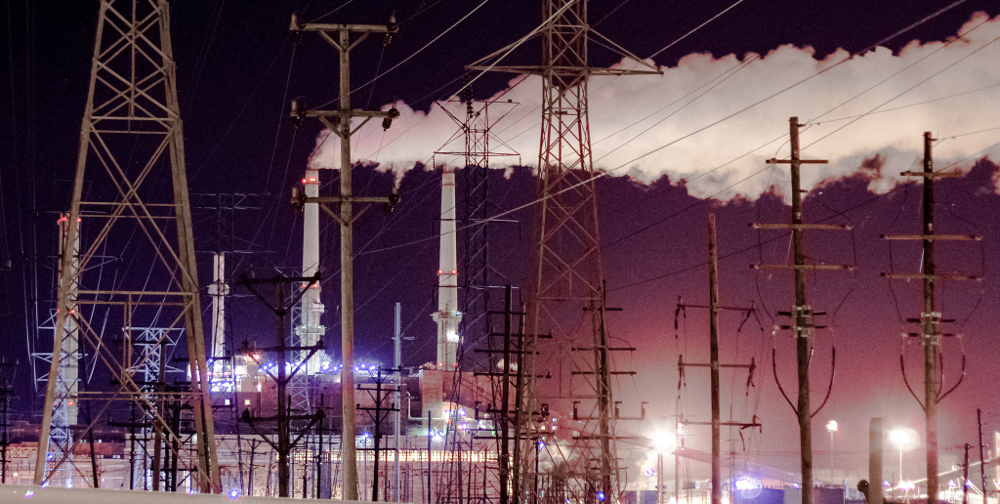 An aging coal plant north of Chicago was a hot topic at a hearing yesterday exploring whether ongoing industrial pollution in minority neighborhoods amounts to civil rights violations.

Every year the U.S. Commission on Civil Rights chooses a topic to investigate for possible civil rights violations and for “statutory enforcement” — whether the relevant agencies are enforcing the laws. For 2016, the theme is environmental justice with a focus on coal ash and hydraulic fracturing.

The chairman of the commission, Martin Castro, and the Illinois Advisory Committee to the federal commission convened in Chicago March 9 to hear testimony from community members, academics, industry representatives and government officials.

The meeting was not widely publicized other than a notice in the Federal Register, and there appeared to be no community members in attendance other than those invited to present to the committee.

Most of them were residents of Waukegan, a northern Illinois town home to mostly Latino residents and the Waukegan Generating Station and coal ash dump. The hearing was held in the Pilsen neighborhood, blocks from one of Chicago’s now-closed coal plants.

Waukegan resident Dulce Ortiz, a leader of the group Clean Power Lake County, said residents feel their civil rights are being violated by the continued operation of the coal-fired power plant under a draft permit that critics say does not require stringent-enough pollution controls.

The plant has never been issued a final operating permit, as required by 1990 amendments to the Clean Air Act. Former plant owner Midwest Generation had filed a challenge to a proposed permit in 2006, and now environmentalists and residents are opposed to the revised draft permit that is on the table.

“They’re profiting from other people’s pain, we’re the ones who are stuck with the health issues,” Ortiz told Midwest Energy News after the hearing. “When a child is sick the parent can’t work, they’ll miss a day of pay, it has a big impact.”

After NRG Energy bought Midwest Generation’s fleet in 2013, residents were hopeful that the plant would be cleaned up or transformed into another type of generation, since NRG had positioned itself as a clean energy leader. But that image has changed, especially since former CEO David Crane stepped down in December amid plummeting finances. And an NRG plan to buy solar panels for Waukegan schools is “in limbo,” as alderman David Villalobos said at the hearing.

NRG was invited to the hearing but did not attend. Spokesman David Gaier told Midwest Energy News that: “Far from being ‘in limbo,’ the project is progressing rapidly with several schools selected for installation and the permitting process will shortly be underway. Our plan, working directly with the School District, is to begin installation as soon as school is out for the year and have the project complete and working by the end of this year.”

At the hearing, Villalobos and Ortiz testified that they want state regulators to demand stricter pollution controls on the Waukegan plant, and to press the company to make clean-up and transition plans in case the plant closes. “To actually enforce our existing laws, while strengthening policy,” as Villalobos said to the committee.

Gaier told Midwest Energy News that: “NRG’s Illinois plants are all in compliance with all IEPA and USEPA regulations, as well as the Illinois Combined Pollutant Standard (CPS)…Waukegan’s state-of-the-art controls, which also comply with the CPS, are installed and fully operational, and the plant has reduced its Mercury emissions by 96%, reduced SO2 by 81%, reduced NOx by 76%, and reduced particulate matter by 70% between 2005 and 2015.”

Christine Nannicelli, regional representative of the Sierra Club Beyond Coal Campaign, said civil rights provisions call for the Illinois Environmental Protection Agency to do outreach to minority stakeholders when a draft permit is open for public comment, a process that she said has not happened in Waukegan.

After hearing such testimony, Illinois advisory committee member Evelyn Rodriguez asked Ken Page, environmental justice officer for the state EPA, why a final permit has never been issued for the plant.

“I’m not exactly sure, we can provide that information to you and tell you what transpired with that permit,” Page said.

Going to the source

Waukegan is more than 50 percent Latino and 19 percent African American. Latino migrants moved in as industry left the area, taking middle-class residents and jobs with it but leaving a legacy of toxic pollution, including three sites on the Superfund National Priorities List.

Carlton Waterhouse, a professor at Indiana University’s law school, noted at the hearing that minorities often move to areas that have long been home to heavy industry and pollution. He said that leads some to dismiss environmental injustice charges: “Well they’ve come to the nuisance – we can’t help it if people move into communities where there are pollution sources.

“However the research indicates we have disproportionate burdens even when populations have been stable for a long time,” he continued, citing “Cancer Alley” in Louisiana, where petrochemical companies located amongst African American communities dating back to Reconstruction.

Low-income Latinos and African Americans have limited options in housing, and the most affordable homes are likely to be in the most polluted areas.

Naomi Davis, a leader of the Chicago group Blacks In Green, told the committee that African Americans live in polluted neighborhoods like the Altgeld Gardens public housing project or the notorious Chicago neighborhood of Englewood because of gentrification in other areas and a history of segregation.

“If you realize a disproportionate number of communities of color have now percolated up around those industries, you are duty-bound as a moral human being and as a municipal steward to ask why people would live in a location like that,” Davis told the committee. “Environmental racism is the embrace of that reality, and the demure or the decline to do anything about it, because of a moral willingness to allow people of color to suffer.”

Little Village Environmental Justice Organization (LVEJO) leader Kim Wasserman noted that she lives in the heavily polluted, industrial neighborhood of Little Village – home to Chicago’s other now-closed coal plant – because it’s where her roots are.

“I chose to live there because of the cultural heritage, because my parents live next door to me and my uncle lives around the corner,” she said.

Even when whites and minorities live in equal proximity to pollution sources, minorities tend to suffer greater health impacts from pollution. That’s because they are less likely to have access to quality health care, and other socioeconomic factors make them more likely to suffer health problems that are compounded by pollution.

Brian Urbaszewski, director of environmental health programs for the Respiratory Health Association, noted that in Chicago, African American children are six times more likely  than white children to be hospitalized for asthma.

“That’s astronomical,” he told the committee. “The overlay of poverty in many minority communities means much worse outcomes for disease exacerbations when they do occur, making them far more severe and deadly.”

Companies with polluting facilities in low-income communities often argue that they are creating jobs. But very few local residents actually work at the Waukegan coal plant, as was the case at the now-closed Chicago plants.

“There are jobs created, upper-middle-class jobs, but the communities hosting these facilities don’t get the benefits,” said Waterhouse. “The people who manage those plants, who work in the high tech aspects of those plants, they get in their cars and drive away.

“We are sacrificing communities in a way that’s racially identifiable. It may be for the benefit of the whole – we’re going to raise our revenue…The rest of us will get the benefit but they’re the ones who will be left holding the bag.”

Under the Civil Rights Act of 1964, the Environmental Protection Agency is responsible for making sure that state and local programs it funds do not have a discriminatory impact, intentionally or otherwise, based on race, color or national origin. Title VI of the Act calls for the EPA to cut off funding to programs that violate the law. The civil rights commission’s investigation is focused in part on implementation of that title.

When state agencies tasked with enforcing the federal Clean Air and Clean Water Acts grant and renew permits or exemptions for power plants, coal ash impoundments, refineries or other operations that disproportionately impact minorities, it could be argued that environmental injustice and possible violations of the Civil Rights Act are occurring.

The EPA has never issued a violation or revoked funding under Title VI, a move that EPA Region 5 environmental justice program manager Alan Walts said would be like “cutting off the nose to spite the face.”

Walts said that despite budget challenges, the EPA is “authentically making environmental justice a part of everything we do.”

Page described the state as having “one of the best if not the best” environmental justice program in the country.

Keith Harley, a Chicago-area attorney who has filed five Title VI lawsuits resulting in four settlements, had a differing view. He told the committee that when people try to make a civil rights complaint through the Illinois EPA, “they have experienced long and unexplained delays, the unwillingness of staff of the office of civil rights to share case information…a lack of clear standards as to what constitutes a civil rights violation…coercive attempts to force mediation instead of a sincere commitment to actually investigate complaints.”

At the conclusion of the day-long hearing, Castro said it seems the EPA is “very focused on process and less on the actual adjudication or resolution of some of these claims.

“This is how we’re going to do things as opposed to when are they going to be done,” said Castro, who grew up in the heavily polluted industrial neighborhood of South Chicago. “I see a disconnect between what’s happening on the national level and what’s really going on on the ground.”

This story has been updated to correct Brian Urbaszewski’s comments, which were inaccurately reported in an earlier version of the story, and to add comments from NRG.